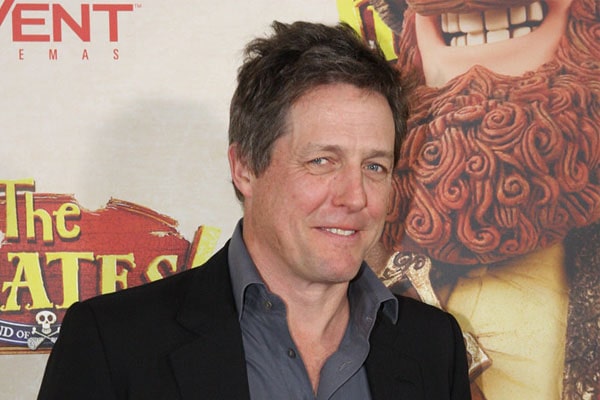 THe British actor, Hugh Grant is the father of five children he had with his former girlfriend and his wife. Image Source: Flickr.

The British actor and film producer, Hugh Grant is the father of five children. He had his children with his baby mama, Tinglan Hong, and wife, Anna Elisabet Eberstein. Grant had his two kids, Tabitha Hong and Felix Chang Hong Grant, with Tinglan and the other three kids with Anna.

Being a father to five kids has been a life-changing thing for the actor. He loves all of his children from the bottom of his heart. Many of you may not know Hugh Grant’s children as you know him. So, we will be discussing Hugh Grant’s five children he had with his two baby mamas.

Hugh Grant was in a loving relationship with his former partner, Tinglan Hong. They became parents to their first child, Tabitha Grant, who arrived in their life in 2011. She is the eldest child of the British actor. Hugh Grant’s daughter’s Chinese name is Xiao Xi, which means ‘happy surprise.’

Hugh went to The Ellen Show, where he shared lots about his daughter and baby mama. When Hugh said Xiao Xi, Ellen DeGeneres funnily told if he had to be that surprised. Hugh then joked, saying, ‘And the mother’s name is Ting Ting.’

She also asked if it was surprising how wonderful it was, or was there anything surprising about the baby to him. What Hugh Grant had to say was,

“Everyone was right all these years, saying, ‘Hugh, why don’t you have some children? It changes your life’. Now that I have a child, it is life-changing. I recommend it. Get some!”

Hugh and Tinglan also gave birth to their son, Felix Chang Hong Grant in 2013. According to Daily Mail, he was born at St. Mary’s Hospital in Paddington, West London. Felix is the youngest of the former couple.

Tinglan Hong was sometimes misreported as a receptionist at a Chinese restaurant in London in the press. Hugh himself stated how brilliant and wonderful mother Tinglan is. However, the two had a ‘fleeting affair.’ So, they ended their relationship later on.

Hugh Grant and his wife, Anna Eberstein, married each other in 2018. But before they even married each other, the lovely couple became parents to their three children. In Sep 2012, they welcomed their first child, a son named John Mungo Grant.

The news about Hugh’s son’s name was only revealed after it was printed on the child’s birth certificate when the birth was re-registered in December.

Then, the two became parents to cute daughter in December 2015. Before marriage, in early 2018, the couple was over the moon after their third child came into the world. But Hugh Grant has not revealed the gender of his fifth child and third with wife, Anna Eberstein.

The Notting Hill actor claimed how struggling it has been for him to raise his young ones because they were getting addicted to their phones. He was worried that the older ones were addicts, but he did not know what to do about it.

Hugh Grant also admitted he was too lazy to ban their screen time. He probably joked that he had not forbidden technology from his children as it helps to keep them quiet. Not only that, but Hugh also said that he and his partner were desperate parents because smart parents ban it.

Concerned About His Children

Well, Hugh Grant is the father of five children and he has been very concerned about them. He probably does not want his kids to be near the limelight. So, Hugh Grant seems to be concerned about his children, getting familiar in the showbiz industry.

Hugh Grant, as a dad, enjoys being with his kids and has a great bonding with all of them. He had bought a £1.2 million home for Tinglan Hong and his two kids. Perhaps he visits his son and daughter often to have the same bond. And Grant is living a happy life with his wife, Anna, and three children.

Tabitha Hong – The meaning of the name Tabitha is ‘beauty, grace’ according to the Hebrew origin.

Felix Chang Hong Grant – Felix is a Latin name that refers to ‘happy’ or ‘lucky.’ According to Chinese origin, Chang means ‘long-lasting.’

John Mungo Grant – John means ‘God is Gracious’ and it came from the Hebrew origin. Similarly, The meaning of Mungo is ‘Lovable’ and is of Celtic origin.