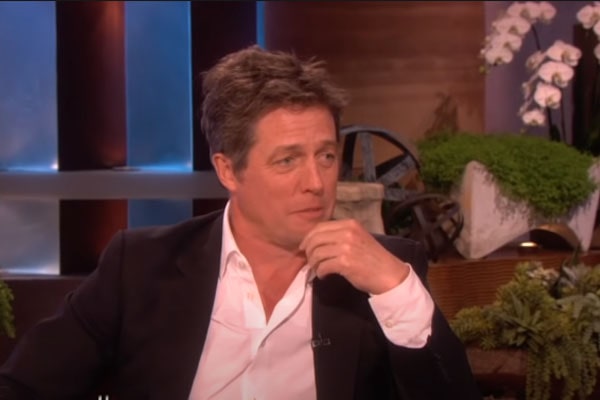 Gorgeous Tinglan Hong is a former restaurant hostess who is known as Hugh Grant‘s ex-girlfriend and baby mama of his two children. She was born in China but moved to Britain in 2003. Not much information about her is there in public as Tinglan Hong has kept her life under wraps.

Since Hugh Grant’s former girlfriend has a very private life, many of you may be wondering to know more about her. We will be discussing some facts about Tinglan Hong in today’s article.

So, let’s not waste any further time and get to know more about her.

Many people know Tinglan Hong as Hugh Grant’s ex-girlfriend in the limelight. Grant and Hong reportedly met in a Chelsea wine bar in 2008. And later on, the two started seeing each other in 2011. Tinglan was sometimes misreported as a receptionist at a Chineses restaurant in London in the press.

Grant also said that she was “badly treated” by the media. Neither of them confirmed their relationship publicly. The media also had considered their relationship as a “fleeting affair.” With that said, the ex-couple’s relationship did not last long as expected. Tinglan Hong previously dated Adolfo Valencia, who was a Colombian soccer player when she was a student in China.

Tinglan Hong is the mother of her two children named Tabitha Hong and Felix Chang Hong Grant. She had both of her kids with her ex-boyfriend, Hugh Grant. Tabitha was born in 2011, and her Chinese name is Xiao Xi, meaning “happy surprise.” Hugh Grant also stated how wonderful and brilliant mother Tinglan is in The Ellen Show.

After Grant had his second child with Anna Elisabet Eberstein, he reunited with Tinglan and gave birth to their son named Felix Chang in Dec 2012. Since Hugh and Tinglan are not together right now, Tinglan seems to be taking care of her children as a single mother.

Nevertheless, Hugh Grant is the father of five children. He looks to be close to his children as he had said how the older ones are addicted to phones. He probably visits Tinglan and their children to have a great bonding with them.

Hugh Grant Bought A £1.2 Million Home For Her

The British actor, Hugh Grant, bought a $1.54 million (£1.2 million) worth house for his baby mama and his children in 2011. The property was purchased by the actor’s cousin for £1,175,000 in July before Tinglan gave birth. Grant had also paid a surprise visit to the mother and daughter at that time.

Before Grant bought the house for his ex-girlfriend, she had been living in a tiny rented flat in a suburban New Malden, Surrey. She moved into the house soon after she prepared to give birth to her daughter. We assume she still lives in the same house with her two children.

Tinglan Hong was born in Lishui, Zhejiang province of Eastern China. Her mother was a successful businesswoman. She moved to England in 2003 to seek a new life. One of her friends said that she was pretty and confident. Some say she is also a Chinese actress, but no records or proofs are there to claim it.

Hugh’s ex=partner is very private when it comes to her family and children. Although Hong’s dating with Grant was known by many, she has then kept her love life far away from the media and limelight. She also does not seem to have any social media handle, which could only be the closest we could be to know more about her.

Hugh Grant, Tinglan Hong’s former boyfriend, married his wife, Anna Eberstein, in 2018. Before they even married each other, the couple went on to have three kids. While Tinglan and Hugh were together, rumors were that he was still dating other women.

Some sources also said that Tinglan was aware of it, and she accepted it. So, that was possibly the point where everything fell apart for the exes.

Nevertheless, we hope that Tinglan Hong will come out more in the media and share how she is spending her days.