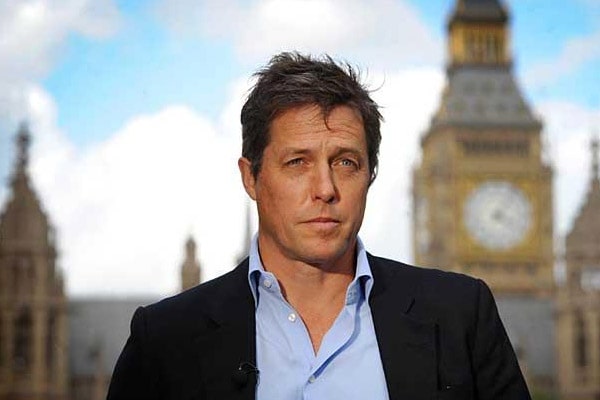 The British actor and producer Hugh Grant is a famous face in the history of the English film Industry. He dated a couple of women before getting married to the Swedish TV producer Anna Eberstein. Eberstein is the baby mama of Hugh Grant’s three kids.

Besides, there is another woman who is the mother of Hugh Grant’s daughter Tabitha Xaio Xi Grant and son Felix Chang Hong Grant. And the woman is none other than Hugh Grant’s former girlfriend, Tinglan Hong.

Hugh Grant always made sure to keep his baby mama Tinglan and his daughter, Tabitha, away from the reach of media. So, here we have piled up some information about Hugh Grant’s daughter, which you sure might not want to miss.

Tabitha Grant Is The Oldest Among All

Hugh Grant is the father of five children from two different relationships. Among those five little ones of Hugh, Tabitha Grant is the oldest among all. Tabitha was born in 2011 at the private Portland Hospital in Central London, making Hugh a proud father for the first time.

Hugh Grant revealed in an interview on Ellen DeGeneres show that Tabitha’s birth was not planned. It just happened accidentally, but he loved the feeling. Also, he said that it was a great experience to become the father of a daughter. His excitement and surprise at the same time can be seen clearly in his interview back in 2011.

According to some sources, Hugh was not present in the hospital during the birth of his daughter Tabitha. During that time, he was away for a film shoot in Berlin.

Besides, Tabitha’s famous dad, Hugh Grant, is also a godfather to his ex-girlfriend, Elizabeth Hurley‘s son, Damian Hurley. Reportedly, he supported Elizabeth amid her recent fury over her son, Damian, being cut from his dad, Steve Bing‘s family fortune. It proves that if Hugh Grant can stand by his godson’s side, then, he probably loves his biological daughter, Tabitha, very dearly.

Hugh Grant Bought A £1.2million House For His Children and Their Mom’s Safety

Back in 2011, before the birth of Tabitha, her father Hugh bought a £1.2million house for her and her mother’s safety. The house was a little more than a mile far from Hugh’s living place. Hugh wanted to make sure his daughter gets all the comforts that she deserves being a multi-millionaire Hugh Grant’s daughter.

Before moving to the million pounds worth house, Tabitha’s mom used to live in a tiny rented flat in Suburban New Malden, Surrey. We guess Tabitha and her mother, along with her brother, live in the same house in the present too.

However, Tabitha Grant’s father has talked about not giving his children money. Hugh revealed that he has seen many problems with setting up trust funds for kids so he would not want to do that with his children. Therefore, Tabitha might not receive a significant amount from her dad’s $150 million fortune.

Her Father Married Another Woman

According to Tabitha’s dad Hugh, the romance between her mother and him was just a ‘fleeting romance.’ Hugh never married his mother, Tinglan. Seeing the name of Tabitha and her brother Felix, it seems that Tinglan was in deep love with Hugh, but Hugh didn’t give attention to it. Consequently, he tied the knot with his long-time sweetheart Anna Eberstein.

In May 2018, Tabitha’s dad Hugh and a Swedish TV Producer Anna took the wedding vows in a low-key ceremony in London. The bride was in a blue shirt and a white skirt while the bridegroom was in a dark blue suit and tie.

Furthermore, there were rumors that Hugh Grant wed Anna Eberstein for passport reasons. But, later, Grant publicly denied those claims tweeting that he married Eberstein because he loves her.

Some More Facts About Tabitha

As for the photos of the nine years old Hugh Grant’s daughter Tabitha, she is too young to have any social media accounts. Moreover, her parents also do not share pictures of her. Probably, her dad Hugh wants complete privacy regarding her life.

The name ‘Tabitha’ means ‘Gazelle’ or ‘Graceful’ whereas ‘Xiao Xi’ means ‘Happy Surprise’ in Chinese and’ Gift of God’ in the Philippines.