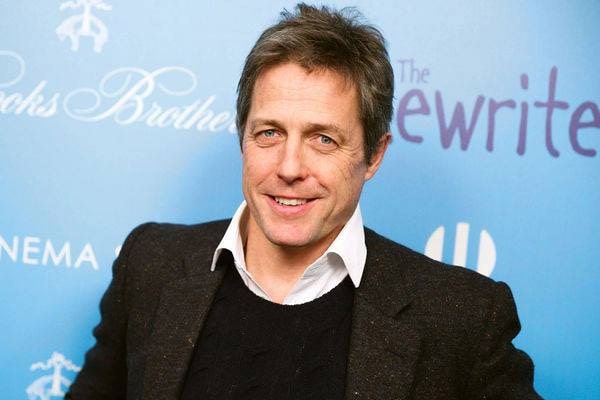 Most of us are familiar with the British actor Hugh Grant, who is famous for ‘Four Weddings and a Funeral’. It had won him the Golden Globe Award for Best Actor and BAFTA  Award for Best Actor in a Leading role. Grant is a father of five kids from his two relationships.

Among the five, Felix Chang Hong Grant is Hugh Grant’s son with his ex-partner, Tinglan Hong.

The skilled and handsome hunk Hugh is usually very private about his personal life and rarely speaks about it. Many of his fans might not know much about his son Felix. So, here are all the facts that you need to know about Hugh Grant’s son Felix.

Felix Is The Second Kid of Hugh Grant

The adorable kid Felix Chang was born on 29 December 2013. According to the birth certificate of Hugh Grant’s son Felix, his birth happened at the St. Mary’s Hospital in Paddington, West London. At the same moment, the Duchess of Cambridge was expected to have her child.

Grant announced the birth of his son via a tweet on 16 February 2013. He tweeted again at 6:44 pm, clearing those followers who were confused about him being a dad.

In answer to some journos. Am thrilled my daughter now has a brother. Adore them both to an uncool degree. They have a fab mum.

Felix is the second kid of Hugh Grant with his ex-partner Tinglan Hong. The duo has another child, the oldest Tabitha Xaio Xi Hong Grant, who was just 16-months old during the birth of Felix.

His Parents’ Love Story Began From A Chinese Restaurant

Chinese British by nationality, Felix’s mother, Tinglan Hong, is originally from China. Born in 1979 in Zhejiang Province in Eastern China, Felix’s momma moved to Britain in 2003. She used to do the job of a receptionist at a Chinese Restaurant in London, and it’s where Felix’s parents met.

According to some sources, Miss Hong met Mr. Grant in a Chelsea wine Bar in 2008. The ex-pair struck up an unlikely friendship before taking off on an affair in January 2011. The same year, they welcomed their first child together, Tabitha Grant. But till then, the ex-couple was no longer in a relationship. They hooked up again in 2013 and separated again in 2014.

Although Hugh split-up with Felix’s mother, he made sure his kids and his former love never feel a lack of any sorts of luxuries. Hugh bought his baby mama a $1.2 million house in 2011 to keep Felix, Tabitha, and their mom safe.

Felix’s Dad Is A Married Man

Felix Chang’s father, Hugh Grant, married for the first time in 2018 with his long time belle Anna Elisabet Eberstein at age 57. The Hollywood Star Hugh and Swedish Tv Producer Anna walked down the aisle on 25 May 2018. The low-key wedding ceremony took place in London at the Chelsea Register Office.

Before the marriage, Felix’s father Hugh dated a couple of women but did not marry them, including Elizabeth Hurley, Jemima Khan, his present wife Anna Eberstein, and Tinglan Hong. Although Hugh never married those women, he never gave up hope of becoming a father of their kids.

Siblings and Half-Siblings of Felix Grant

As we mentioned before, Hugh dated a couple of women, including Felix’s mom Tinglan and had kids from some of them. Felix has a biological sister named Tabitha Grant. Furthermore, he has three half-siblings from his father’s relationship with Anna.

Felix’s sister Tabitha is the oldest among all the siblings of Felix. His dad and step-mom Anna welcomed his half-sister in December 2015. Similarly, the couple gave birth to Felix’s half-brother John Mungo Grant in September 2012. Felix Chang’s youngest sibling arrived in the Spring of 2018, but his parents have not revealed the name of the little one yet.

The boy name Felix’s meaning is “Lucky” or “Successful.”