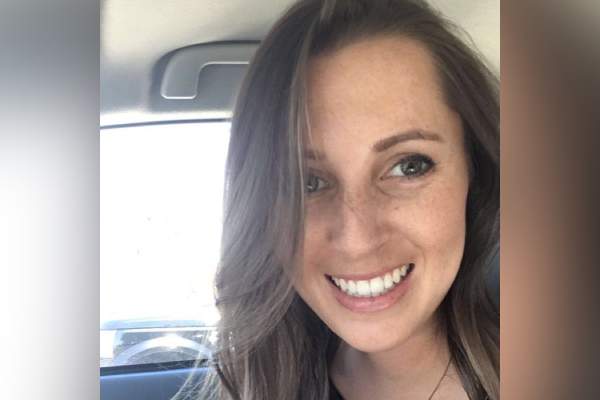 Joseph Steven Lacob, also known as Joe Lacob, is a business executive from America, who is a partner at Kleiner Perkins. He is also the majority owner of the National Basketball Association (NBA) team Golden State Warriors. Lacob, who grew up in a Jewish family in Massachusetts, has been in the business industry for a long time now.

In addition, the New Bedford-born businessman is a proud father of four grown kids. As Lacob has remained in the limelight for many years, people might be eager to know if his children have followed in his footsteps. So, in this article, we will learn more about Joseph S. Lacob‘s daughter Kayci Lacob.

Kayci was born Kayci Nicole Lacob to the business executive and his former wife, Laurie Kraus Lacob. Kayci’s mom is the managing director of 4K Productions, LLC. But, it is not known when and how the ex-couple met. Likewise, the details about their wedding and divorce remain a mystery.

Currently, Kayci Lacob’s father is happily married to Nicole Curran. The former’s stepmother is a philanthropist. She is the Board President of the Warriors Community Foundation. To talk about the start of Nicole and Joe’s relationship, the duo met in 2006 at a Pebble Beach golf tournament.

Three years later, in 2009, the lovebirds got engaged and tied the knot shortly after. Kayci must be close with her stepmother. They must have a good bond.

As already mentioned above, Kayci Lacob’s parents are Joseph S. Lacob and Lauri Kraus Lacob. In many years of togetherness, the former couple shared three other children besides Kayci. So, she grew up with her sister, Kelly Lacob, and two brothers, Kent Lacob and Kirk Lacob.

However, the birth details of the Lacob siblings have not been revealed yet. But as per an article, Kayci is younger than Kent. All four of them must have had a wonderful time growing up together. She and her siblings are currently occupied with their works and are leading their own happy lives.

Kayci went to Menlo School from 2009 to 2013. Then, in 2013, she enrolled at Stanford University. She was involved in different activities and societies like Stanford Women’s Club Lacrosse, of which she was team captain, Study Abroad in Australia, and The Great Barrier Reef. Joseph’s baby girl graduated in 2017 with a Bachelor of Science in Human Biology. In addition, Kayci had a minor in Digital Art.

After that, Ms. Lacob enrolled at the University of California in 2019 for a one-year postgraduate program for Acting on Camera. She was the winner of the Pitch Competition, which was granted by a panelist of industry guests for her original historical drama, “Indomitable.”

Then, the program director of the UCLA School of Theater selected her to be the Class Assistant in 2020 for the 10-week course. The course comprises Producing in the entertainment industry. In September 2021, Lacob enrolled back at her alma mater. In June 2021, she graduated with an average of 4.0 GPA and received a Master of Arts in Earth Systems degree.

Kayci Is A Screenwriter/Producer

Currently, Joseph S. Lacob’s daughter is self-employed and works as a screenwriter and producer. She possesses several skills in screenwriting, film production, story structure, etc. Before that, she worked at Beats By Dr. Dre, first as a Post Producer/Coordinator, then as a Project Manager & Brand Coordinator.

Likewise, Kayci also worked as a Marketing Coordinator at Gensler. While at Stanford, she has a producing credit for “Original Winter One Acts” for Ram’s Head Theatrical Society. Joseph’s daughter has intended at Snøhetta, Utopia Scientific, One Kings Lane, and Emily Joubert.

Not only that, but Lacob has worked as a teacher and Sales Associate. Furthermore, from June 2014 to August 2014, she got the opportunity to travel through Europe, Scandinavia, and eight other countries. It was possible due to Semester At Sea / ISE. She took the classes through the University of Virginia’s study abroad program.

All in all, Joseph S. Lacob’s daughter seems to be enjoying a comfortable life. Hopefully, she will continue a healthy and fun-filled life in the future.

The name Kayci has an Irish origin, and it means alert and watchful. The name Nicole is the feminine form of Nicolas. It originated from the Greek name Nikolaos, which is composed of nikē (victory) and laos (the people). Thus, the name means “victory of the people.”