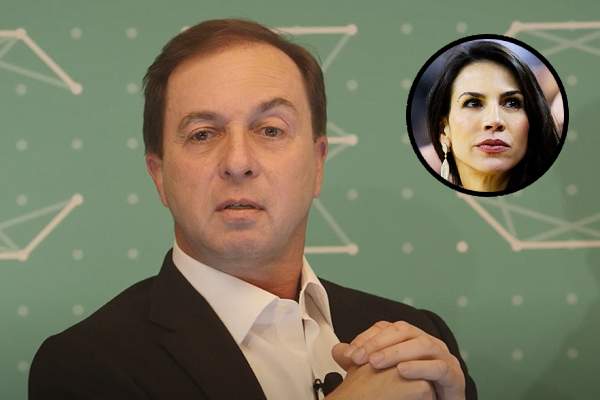 Joseph Steven Lacob, mostly known as Joe Lacob, is an American business executive. He is a partner at Kleiner Perkins and is the Co-Executive Chairman and CEO of the Golden State Warriors of the NBA. Also known as Joseph S. Lacob, he is the majority owner of the basketball team.

Aside from his work, the businessman is happily married to his partner, Nicole Curran. However, many people might not know about her and the fact that she received death threats a few years back and want to learn about her. Hence, let’s discuss more about Joseph S. Lacob’s wife, including why she got those threats.

As per several sites, Nicole Curran, aka Nicole Lacob, was born to her parents on October 28, 1968, in Washington D.C., USA. Unfortunately, when she was about four years old, her mother and father divorced and struggled to support her. Nonetheless, when she was 13, Nicole was sent to the Milton Hershey School in Pennsylvania. She started working at an ice cream shop as well as modeling at the age of 15 after reuniting with her mom.

After that, Joseph S Lacob‘s spouse graduated from George Washington University on a full scholarship. She then worked as a teacher, teaching history and government to high school students for about seven years. In addition, she has also worked for LVMH, a luxury goods company, and also in the wine industry. Currently, the 53-year-old is the Board President of the Warriors Community Foundation. She has been holding the position for nearly a decade now.

The charitable institution, established by the business tycoon, is one of the most generous foundations in professional sports, which has delivered over $24 million in impact under the leadership of Nicole Curran. Furthermore, with her guidance, the foundation has donated more than 15,000 tickets to local youth and community leaders and has renovated over 85 basketball courts. In 2008, the Washington native was inducted into the Alameda County Women’s Hall of Fame for her philanthropic work.

The beautiful couple reportedly met each other in 2006 at a Pebble Beach golf tournament, and three years later, in 2009, they got engaged. Well, it is unclear when the pair exchanged their wedding vows. Regardless, as the title suggests, Joseph S. Lacob’s wife is his second partner. Furthermore, she is the step-mother of her husband’s children from his previous marriage.

Prior to tying the knot with Nicole, Joseph was married to his ex-wife, Laurie Kraus Lacob. The latter is the Managing Director at 4K Productions. It’s unclear when the former pair married, how long they were in a marital relationship, and when the two divorced. Nonetheless, the one-time husband-wife duo share four children, daughters Kelly Lacob and Kayci Lacob and sons Kirk Lacob and Kent Lacob.

All of the Lacob siblings have grown up and are leading their individual lives. Nicole Curran must be an amazing mother to her step-children. Speaking of which, the Lacob pair haven’t welcomed any kids as of now.

Back in 2019, Nicole Curran became the center of attention when a clip during a Golden State Warriors match went viral on social media. It was a short clip of her leaning over to speak to Jay-Z while Beyoncé was seated between them, staring forward. So naturally, many fans of Beyoncé assumed that the top singer looked unhappy about the interaction between her husband and Curran and ran wild with the snippet on social media.

Jay-Z and Beyoncé are courtside for Game 3 😎 pic.twitter.com/6mmJuN8Odn

Beyhive, a name given to the fan base of the talented singer, went over to Nicole’s Instagram account and left tens of thousands of comments, mostly bee emojis, on her posts. Later, ESPN’s Ramona Shelburne talked to Joseph S. Lacob’s spouse about the incident, and the latter revealed to have received death threats from Beyoncé’s fans. It got so severe that she had to turn off her comments and make her account private.

In addition, the philanthropist disclosed the conversation between her and Jay-Z. Curran said that the celebrity couple was her guest, and she was simply leaning over to hear Jay-Z’s drink order as it was loud in the arena. She stated that the rapper had asked for a vodka soda, and she asked if he wanted lime with it.

It must have been stressful and traumatizing for the Washington DC native to have received such life-threatening messages. Although Nicole still has not made her IG handle public, we hope she is doing fine now. Nonetheless, with her husband’s fortune worth $1.5 billion, she must enjoy a comfortable life with him. We wish Joseph S. Lacob’s wife all the best in her future endeavors.