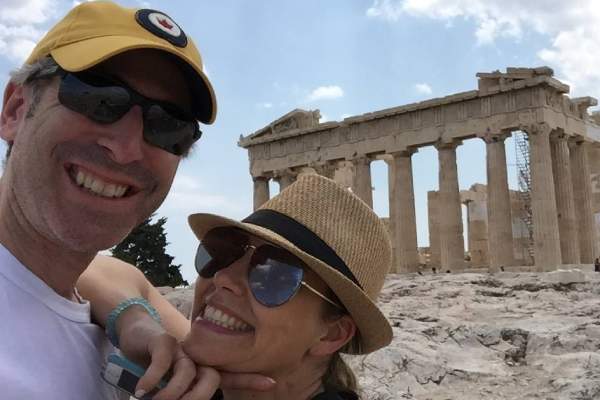 Lawrence M. Tanenbaum, also known as Larry Tanenbaum, is a business and sports legend from Canada. Having been involved in several charity activities, Larry is one of the most open-hearted businesspeople in Canada. Talking about his business ventures, he is the chairman of Maple Leaf Sports & Entertainment and Kilmer Van Nostrand Co. Limited.

Larry not only enjoys a successful career, but he also has been happily married for over five decades. Together with his wife, Judy Tanenbaum, the businessman has formed a happy family of five by welcoming a boy and two girls. So today, we’ve brought you this article about Larry Tanenbaum’s son, Kenneth Tanenbaum. Keep reading to unravel some of the interesting facts about him.

Only Boy Child Of His Parents

Ken Tanenbaum is the only son of Judy and Larry Tanenbaum. Kenneth Tanenbaum’s parents welcomed him in 1967. Moreover, his mom and dad have been together for over five decades now. Kenneth has two sisters, Julie Tanenbaum and Lisa Tanenbaum. Growing up, he must have had a splendid time with his siblings.

In addition, Kenneth Tanenbaum’s siblings are married and have kids. They both have also co-written many cookbooks, which are bestsellers. Furthermore, the Tanenbaum bunch’s father’s profession needs no introduction. Their dad and mom have also been engaged in various philanthropy activities.

So, has Larry Tanenbaum’s son followed in his footsteps? Is he too engaged in business like Larry? Let’s find out in the further paragraphs.

Is Involved In The Family Business

Larry Tanenbaum’s baby boy went to The Wharton School of Business at the University of Pennsylvania in 1987. He graduated in 1991 with a degree in Business Administration and Management. After college, he joined The Warren Paving and Materials Group, which is owned by Kilmer Van Nostrand Co. Limited (KVN).

In 2000, the business merged with Lafarge Canada, and the Wharton grad began serving on the Executive Team of the combined entity. He also served as President of the concrete producer Innocon and returned to KVN in 2006. However, as per his LinkedIn, since December 2004, he served as an Executive Vice President of KVN until January 2013.

Afterward, Larry Tanenbaum’s only son began serving as the Vice Chairman of KVN, the position he holds to date. Not only that, but he is also the founder and chairman of Kilmer Developments. It plays a pivotal role in the construction and operations of several transformational projects like the ONroute Highway Service Centres, the West Village at Port Credit, the Pan AM Athletes’ Village, and the Province’s West Don Lands Rental Housing program.

Additionally, Ken is also the founder and chairman of the Kilmer Brownfield Equity Fund. He also serves as the chairman of ONGOCO. It is working to develop the food and beverage concession for the GO Transit regional rail system. All in all, he must be earning immensely from his business ventures.

While being involved in the family business, Ken also looks at several other ventures. Mr. Tanenbaum is the executive chairman of Coca-Cola Canada Bottling. He is also an honorary trustee of the Upper Canada College Foundation and has served on the board of governors of the college in two stints, 2007-2012 and 2015-2019. Likewise, in 2017-18, he also served as vice chair.

Got to meet Ken Tanenbaum today, as part of our ownership group stopped by for a chat. Pretty cool that the MLSE jet would touch down in St John’s and for Ken to visit us and have a great open discussion about the last year and years to come as Canada’s Coca-Cola Bottling Company pic.twitter.com/zOolYtW6X3

From 2010 to 2012, Larry Tanenbaum’s kid was a Think Ahead Campaign cabinet member. His volunteering leadership with several organizations dates back many years. Having a passion for the promise of Canada, he is committed to aligning his business interests with constructing healthy cities and vibrant communities.

Just like Ken Tanenbaum’s dad and mom, he is also involved in charity. For instance, he and his father led a fundraising initiative in November 2014. The $18-million fundraising campaign ended by unveiling the renamed Anne Tanenbaum Centre for Jewish Studies at the University of Toronto’s Jackman Humanities Building. In addition, the estate of Anne Tanenbaum donated $5 million, and the Larry and Judy Family Foundation made a notable contribution too.

Ken is an active member of YPO. Because of his works, he has received several awards, including the Canadian Urban Institute‘s “Brownie Award” and U of T‘s “Arbor Award.” He was even recognized as one of Canada’s Top 40 Under 40.

It might not have been successful for Ken if he had done it alone. A supporting partner is a boon to all as they motivate us to do better. Just like that, Kenneth is fortunate to have a supportive family and life partner. He is happily married to Jennifer Rae. While it remains a mystery when the duo said their “I do’s,” it must have been a beautiful journey for the couple.

In addition, Kenneth Tanenbaum’s wife gave birth to four children, i.e., three sons, and a daughter. Ken’s children with Jennifer are Jack Tanenbaum, Ethan Tanenbaum, Dylan Tanenbaum, and Maddie Tanenbaum. Jack, Dylan, and Ethan have already completed college, but not much has been revealed about Maddie.

All in all, Larry Tanenbaum’s son seems to be doing well. He must be focused on developing his ventures; who knows, he might one day become a successful businessman like his dad. We wish him luck in his future endeavors. Hopefully, he will continue living a blissful life.

Coming from an Irish word, the name Kenneth means “handsome.”