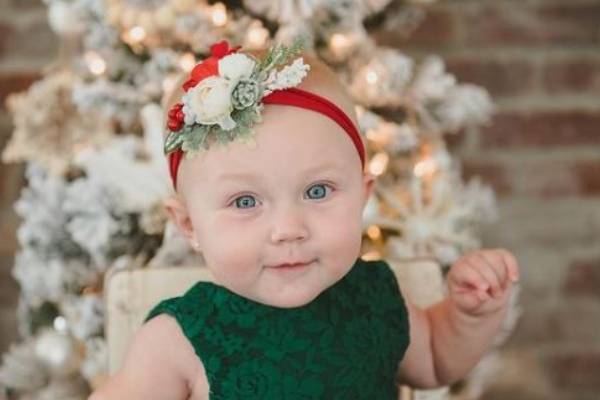 Lev Loe Tomac is best known as the child of Eli Tomac and his partner Jessica Steiner. She is the only daughter of the couple and is being raised with great love and care by her parents.

Today let’s learn in detail about Eli Tomac’s daughter with fiancée Jessica Steiner, Lev Loe Tomac, and how she is growing up.

Is The First Child

As stated earlier, Lev Loe Tomac is the firstborn of Eli Tomac and his fiancee Jessica Steiner. The duo welcomed her into this world in April 2020. The beautiful couple shared the news of the arrival of their baby girl via Instagram. Eli Tomac’s soon-to-be wife posted series of pictures of them holding their baby girl.

The duo had also shared the news of Jessica’s pregnancy on their social media pages. Eli Tomac’s baby girl was due in May 2020, but she was born a few days before the due date. Furthermore, little Lev Loe weighed 7lbs 5oz at the time of her birth.

Well, Lev Loe won’t be her parent’s only child for long. In May 2021, Lev Loe Tomac’s mom shared the news of her second pregnancy, sharing a beautiful snap of her holding her baby bump. Moreover, the following month, Eli Tomac’s fiancée revealed that their second child is a son.

Eli Tomac’s daughter, Lev Loe Tomac, is set to become a big sister soon. Let’s hope the siblings have a great bond and grow up as a team.

Her Parents Are Engaged

Despite welcoming a daughter together and another little one on the way, Lev Loe Tomac’s parents, are yet to be married. According to online sources, Jessica Steiner and Eli Tomac have been in a relationship since 2016. But they have not tied the knot yet. Nonetheless, their relationship is still going strong.

Furthermore, the lovely pair started sharing pictures of each other in March 2016, so they must have begun dating somewhere around that time. And after dating for five years, Lev Loe Tomac’s dad proposed to her mother in March 2021.

However, the couple has not revealed when they are tying the knot. Nonetheless, let’s hope that we get to hear the news about their wedding soon.

Her Dad Is A Professional Motocross Racer

Lev Loe Tomac’s dad is a professional motocross racer who has been competing in the Motocross and AMA Supercross championships. Since the beginning of his professional career in 2010, he has competed in several championships and has claimed victory in a number of them.

As the son of former competitive BMX, mountain bike, and road cycling racer John Tomac and wife Kathy Tomac‘s child, Eli must have been inspired by his dad to follow in his footsteps. Just like his father, he has gained immense fame and fortune to his name.

Who knows Eli Tomac’s daughter, Lev, might also follow in her dad and grandpa’s footsteps and become a talented bike racer like them. Well, only time will tell.

Nonetheless, we hope that Lev has a great time growing up with her parents and soon arriving baby brother.

The name Lev has a Hebrew origin, and it means “Heart.” Similarly, her middle name Loe has Hawaiian origin and means “King.”