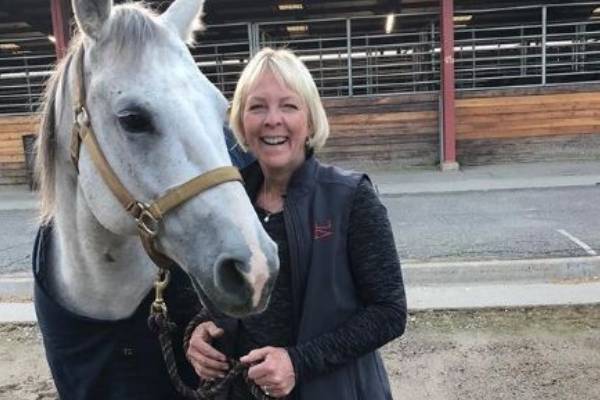 Kathy Tomac is the lovely wife of John Tomac with whom he has been together for almost 3 decades. Image Source: Kathy Tomac Instagram.

Kathy Tomac is well-known as the wife of a former professional cyclist, John Tomac. The duo has been married for several years, and they even have a son together.

Today, we shall know in detail about John Tomac’s wife, Kathy Tomac, and what she has been up to these days.

Is Married To John Tomac

As stated earlier, Kathy Tomac shares a blissful marital life with John Tomac. The husband-wife duo has been together for several decades. They tied the knot in December 1991, and have remained inseparable since then.

In their almost 4 decades of togetherness, the adorable couple welcomed a son, whom they raised with great love and care.

Is The Doting Mother Of Two

Aforementioned, Kathy Tomac and John Tomac are married for 29 years. In all these years of togetherness, the couple became the doting parents of a son. John Tomac’s wife, Kathy Tomac, gave birth to their only child, Eli Tomac, on November 14, 1992.

Besides Eli, Kathy Tomac is also the mother of Greg Oswald, who was born in March 1986.

Furthermore, Greg Oswald is Tomac’s son from her previous relationship. However, Greg was raised by Kathy and her husband, John, alongside their kid, Eli. So the half-brothers share a loving bond.

In 1993, Kathy and her husband, John, established a farm named Flying T Ranch after he retired from World Cup Mountain Bike racing. It included Alfalfa and Grass production along with a small 1-acre vineyard below Battlerock, the infamous landmark.

Through the family ranch’s vineyard, they have manufactured red wine in 2017 and 2018. The wine is sold under the name Flying T and is priced at $49 per bottle.

Their family business seems to be growing, which has helped John and Kathy earn a considerable sum.

Her Youngest Son Is A Popular Motocross Racer

Kathy Tomac’s son, Eli Tomac, is a professional motocross racer. He competed in the AMA Supercross and Motorcross championships. Eli, who began his professional career in 2010, has competed in and won several competitions.

Moreover, Kathy’s husband, John, is also a former competitive mountain bike, road cycling, and BMX racer who is popular in the motocross world. So Eli must have been inspired by his father and followed in his footsteps.

John Tomac’s wife, Kathy, must have been proud of her son’s achievement. She also has a great relationship with Eli’s fiancee, Jessica Steiner, and is undoubtedly a loving grandmother to their daughter, Lev Loe Tomac.

Her Eldest Son Works At US Air Force

After that, Kathy’s son, Greg, attended Webster University, where he studied Master of Business Administration. Then, in 2021, he studied at the Air Force Institute of Technology. In February 2021, he moved to Illinois with his husband, Sam King, to work at SDDC – Surface Deployment & Distribution Command.

Kathy is undoubtedly proud of her oldest son and supports him and his husband in every step of their life.

Furthermore, John Tomac’s spouse, Kathy Tomac, seems to be enjoying her life with her kids and grandkids. They spend a lot of time together and support each other very much.

Nonetheless, here’s hoping to learn more about Kathy in the coming days.