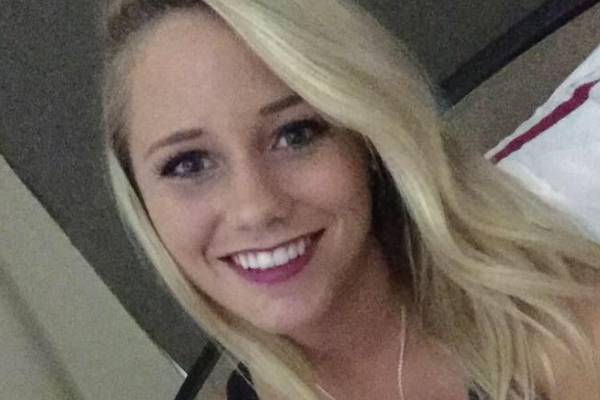 Jessica Steiner is well-known as the partner of famous Motocross racer Eli Tomac. The couple has been together for several years, welcomed a daughter, and is waiting for the arrival of their second child.

Today, we shall learn in detail about Eli Tomac’s soon-to-be-wife, Jessica Steiner, and her whereabouts.

Has Been Together For Several Years

As mentioned earlier, Jessica Steiner is famous as Eli Tomac‘s fiancée. The adorable couple met for the first time in 2015 at Downtown Phoenix Farmers Markert. According to an online tabloid, the couple began dating in 2016.

Furthermore, Eli’s girlfriend, Jessica, uploaded their first-ever photo together in March 2016. Thus, they must have started dating somewhere around that time.

After being in a relationship for a few years, Jessica Steiner’s then-boyfriend finally popped the question in March 2021, to which she said Yes! She uploaded a picture of her stunning engagement ring and mentioned that she cant wait to see what their future holds and spend the rest of her life as Eli Tomac’s wife.

Furthermore, Eli Tomac’s soon-to-be wife shared their engagement photoshoots in June 2021, where she looked gorgeous in a white gown. The adorable couple of Jessica and Eli are yet to tie the knot, but let’s hope we get to hear some good news soon.

Is The Doting Mother Of One

Having been together since 2016, Eli and Jessica’s relationship is still going strong. The love birds seem to be deeply in love with each other and don’t hesitate to show off their love on social media. Furthermore, in their five years of togetherness, Eli and Jessica became the doting parents of a daughter.

In November 2019, Eli Tomac’s partner shared the news of her pregnancy via Instagram. Moreover, she announced that they were due May 2020. However, Eli’s partner, Jessica, gave birth to their first child, daughter Lev Loe Tomac, a few days before the due date in April 2020.

The pair shared the news of the arrival of their baby girl with snaps of the little one. Furthermore, Jessica Steiner’s baby girl, Lev, weighed 7lbs 5oz at the time of birth. As the firstborn child, Lev is growing up with immense love and pampering from her parents and family.

Eli Tomac’s Fiancée Is Pregnant With Their Second Child

As mentioned earlier, Jessica Steiner welcomed a daughter, Lev Loe Tomac, with her fiancé in April 2020. They are raising their baby girl with immense love and care. Furthermore, in May 2021, she made an announcement about her second pregnancy by sharing a picture of her baby bump.

Jessica captioned the post stating that the baby was half-baked. Furthermore, in June 2021, Eli Tomac’s baby mama, Jessica, announced that they are expecting a son. Eli and his fiancee seem to be excited to welcome their baby boy.

Works As A Marketing Assistant Manager

According to her Facebook description, Eli Tomac’s fiancee, Jessica Steiner, is a Marketing Assistant Manager at Podium Marketing. It is a multifaceted engagement marketing group specializing in deliveries of the most effective marketing programs for the needs of people.

Eli’s fiancee is also the founder of Mountain Paws Rescue Center. It is a non-profit charitable organization, which is a rescue, rehabilitation, and temporary home for abandoned and abused Pitbulls. The organization officially opened up on March 1, 2019.

Since the beginning days of the organization, Jessica has helped to rescue and rehabilitate several pitbull dogs. As an animal lover, she also has two Pitbulls whom she loves very much.

Eli Tomac’s partner seems to be doing great in her profession. She is exemplarily handling her mom’s life and professional life. Nonetheless, we hope that she remains happy forever.

Here’s hoping we get to learn more about Jessica Steiner in the coming days.