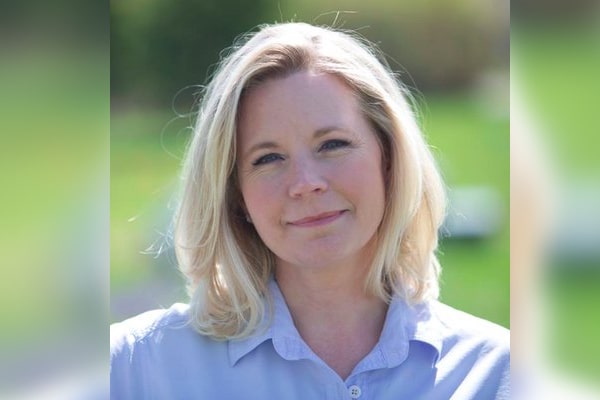 Born Elizabeth Lynne Cheney, Liz Cheney has been serving as Wyoming’s lone member of Congress in the U.S. House of Representatives since 2017. The daughter of the former vice president, Dick Cheney, was chairperson at the House Republican Conference which is the third highest position in the House Republican leadership from 2019 to 2021.

Aside from her glorious political career, the Wisconsin native is a loving spouse to her husband of 29 years, Philip Jonathan Perry. In addition, she is a doting mother to five grown-up kids. Thus, in this piece, let’s get to know Liz Cheney’s daughter, Elizabeth Perry, including her personal and professional life.

Is The Second Baby

Liz and Phil Perry tied the knot in Wyoming in 1993. The pair welcomed five children. Born in 1997, Elizabeth is the second kid of the couple. Three years before, her elder sister, Katherine Perry had arrived. She serves as a Foreign Policy Correspondent at the Officer of Senator Marco Rubio. Also, the oldest Perry has been sharing a content marital life with Chris Maves since 4 September 2021.

Moreover, the picture-perfect family shares a close-knit bond with each other. They occasionally share pictures of them spending quality time on their respective social media accounts. Plus, the Perry bunch can often be spotted in their mom’s political campaign.

The politician’s little girl went to Jackson Hole Community School and graduated in 2016. During her days at the school, the lovely girl was involved in JHCS Philanthropy Club (from 2015 to 2016) and Model United Nations. Besides, the attorney’s baby girl was Varsity Soccer 3x State Champions and was Varsity Tennis 3rd in State Doubles.

As per her LinkedIn account, Elizabeth joined Colorado College in 2016. The same university from where her parents earned their undergraduate degree. The younger Perry graduated with a Bachelor’s degree in Political Science in 2020. During that time, she was an executive assistant (2017-2018) and chief external affairs officer (2018-2019) of the Kappa Alpha Theta Society. Similarly, for her graduate degree, she is pursuing political science at the college.

Elizabeth Perry hails from a family of politicians. Both of her parents are attorneys and are involved in politics. Her father was a political appointee in the administration of George W. Bush and acting associate attorney general at the Department of Justice. Her mom is one of the leading people in the Republican Party.

Similarly, her maternal grandfather, Dick Cheney, served as the 46th vice president of the U.S. from 2001 to 2009 under then-President George W. Bush. In addition, her maternal grandmother, Lynne Cheney, was a chairperson of the National Endowment for Humanities. Thus, she seems to have been influenced profoundly by her parents’ careers. So, who knows influenced by them, she might have chosen to study Political Science.

Furthermore, Liz Cheney’s baby girl worked as a legislative intern at the office of U.S. Senator John Boozman for three months and Congressman Ken Buck for two months. The lovely girl has also worked part-time as a hostess at Liberty Burger.

Who Is Elizabeth Perry’s Boyfriend?

The politician’s little girl has grown up to be a beautiful woman. Although the 25-year-old is active on social media, she prefers to keep the information about her love life confidential. The cheerful girl used to be close with her collegemate and uploaded a lot of photos together. But the exact truth of their bond remains a mystery. Nonetheless, let’s hope we will hear about Elizabeth Perry’s boyfriend soon in the coming days.

As she is pursuing her education in political science, will the politician’s daughter follow in her family’s footsteps? The stunning girl seems to be focusing on establishing her career. We wish Elizabeth Perry success, happiness, and prosperity for the coming days.

Originated from the Hebrew words Elisheba, Elizabeth means God is my oath.