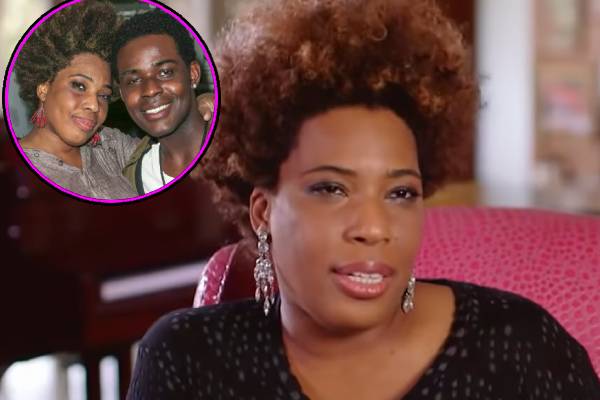 Tahmel Hinds is the only son of renowned singer, Macy Gray whom she shares with her ex-husband, Tracey Hinds. Image Source: Social Media.

A renowned R&B singer Natalie Renee Mclntyre is also famous by her stage name Macy Gray. With her career stretching over three decades, she has gained immense fame and fortune in her life. Thanks to her raspy voice and singing style, she has garnered a massive fan following.

Her fans and followers are obviously curious to learn about her personal affairs and family members. Talking about her personal life, the talented singer is a doting mother of three adorable kids. Although she was married for just two years, she managed to welcome three children. Additionally, she raised her babies alone, and all of them have grown up to be amazing adults. So, today’s article is about Macy Gray’s son, Tahmel Hinds.

Tahmel Hinds was born in December 1995 to his father, Tracey Hinds, and mother, Natalie. Before him, his parents welcomed a daughter, Aanisah Hinds, in January 1995. Moreover, the beloved boy also has a little sister, Happy Hinds, who was born in 1997.

Furthermore, the Hinds siblings’ parents tied the knot in the mid-1990s. After welcoming three children just within two years of their marriage, they decided to divorce. Thus, the ex-couple legally parted ways when the singer was pregnant with their youngest baby. Macy Gray’s children might have been affected by the separation.

Additionally, Macy Gray’s ex-husband passed away in 2020. Tahmel’s little sister shared the news with an Instagram post. Hopefully, the siblings got to meet and spend time with their father.

Macy Gray’s Son Is A Fan Of Kobe

The talented musician’s baby boy is a huge fan of the famous basketball player Kobe Bryant. In 2020, she shared a memory related to the basketballer on her Instagram account. According to Macy, when Tahmel was young, he only cared about basketball and didn’t focus on school. At the same time, Sports Illustrated did an issue with the late player on the cover. So, the little guy got curious and asked his mother to read the news as he couldn’t.

Afterward, Tahmel must have realized the importance of education as he could not read. Thus, Macy Gray’s son started focusing on school and doing his homework. He began learning so he could read about Kobe on his own.

Despite the fame, the baby boy of a famous musician has successfully stayed away from the public eye. His elder sister, Aanisah, is a freelance graphic designer who earned her fine arts degree from the Pratt Institute. Eventually, she established herself as one of the best artists and has her website. At the same time, Tahmel’s younger sibling, Happy, has launched her magazine, Happy Hinds Magazine, and is doing well. In addition, she is studying photography in New York.

Talking about his profession, some articles have reported that Tahmel has followed in his mom’s footsteps and become a musician. But there is not much confirmation regarding it. Let’s hope the singer and her son will soon tell more about it.

Likewise, Tahmel must also have graduated from one of the most prestigious universities. In addition, he must be doing well in his job. Hopefully, Macy Gray’s son will come at ease and opens up about his personal and professional life in the coming days.

What Happened To His Mom?

There has been a lot of curiosity about what happened to Macy Gray. However, she is well and lives with Tahmel and Aanisah in Los Angeles. Besides, the Hind siblings’ mother has been suffering from bipolar disorder for several years. She is also an advocate for mental health and nutrition.

Nonetheless, Macy Gray’s son seems to be living comfortably. Although he has kept his life away from the media scrutiny, it is safe for us to say that he has grown up to be a fantastic adult, and his mother and family must be proud of him. We wish Tahmel and his loved ones a successful journey ahead.