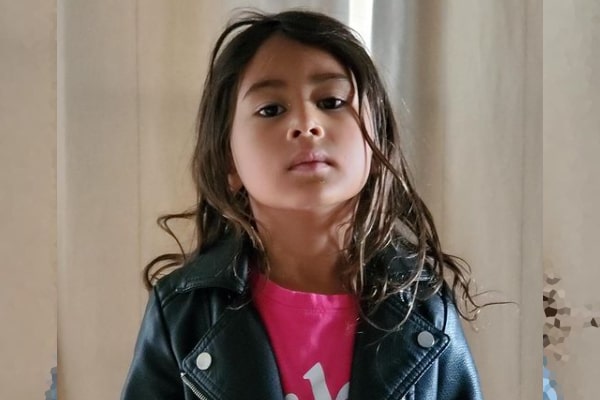 Taika Waititi, born as Taika David Cohen, is a recipient of an Academy Award and two Primetime Emmy Award nominations. Furthermore, his films, Boy and Hunt for the Wilderpole, were the top-grossing New Zealand film. Taika not only created incredible movies but also had an excellent relationship with his former partner, Chelsea Winstanley. The former couple worked on several films and documentaries together before parting ways in 2018.

Taika and Chelsea exchanged vows in 2011 and welcomed two stunning baby girls in the world. Here we shall be talking about Taika Waititi’s daughter, Matewa Kiritapu. The name is pretty unusual and fascinating but wait until you see how wonderfully grooved she is.

Aforementioned, Taika Waititi welcomed two beautiful daughters with Chelsea Winstanley, who is also an outstanding filmmaker. The couple shared their vows and welcomed their first child, Te Hinekāhu, in 2012. And the adorable and the funky one Matewa Kiritapu was born in 2015.

Furthermore, there weren’t any official announcements made during Matewa’s birth. Taika Waititi’s daughter, Matewa Kiritapu, is overwhelmingly cute and has a funky personality.

Taika Waititi’s daughter, Matewa, inherited her father’s looks and comic attitude. There isn’t much on her in the media but what we know is that she is her father’s sweetheart, and they spend most of the time together. Moreover, Matewa is a constant face on Taika Waititi’s Instagram, who once denied to show pictures of his oldest daughter, Te Hinekāhu.

As the youngest in the Waititi family, Matewa is loved by her older siblings, Te Hinekāhu, and half-brother, Maia. Furthermore, she accompanies her father during shoots and often appears on his Instagram. The 5-year-old loves to read children’s books. Also, Matewa’s mother, Chelsea, hired a nanny to keep her daughter connected to her culture.

Furthermore, the unstoppable director, Taika Waititi has been working hard, even during the global pandemic. However, New Zealand had made it mandatory for travelers to quarantine at hotels for two weeks before reaching their final destination. Hence, Taika was quarantined with his daughters, Matewa and Te Hinekāhu. He uploaded a couple of pictures of their quarantine with hilarious captions. He even joked about having a couple of regular Led Zeppelins on his hands.

Unfortunately, Matewa Kiritapu’s parents parted ways after a few years of marriage and are currently co-parenting. Thus, it’s safe to assume that she has a strong bond with both her parents and siblings.

Aforementioned, Matewa has a good relationship with her parents. Since Matewa and her older sister are underage, the Waititi couple finds ways to spend time with their daughters. Speaking of Matewa Kiritapu’s parents, they were once an inseparable couple when they met during work in 2010. According to Page Six, the pair parted ways sometime in 2018.

Speaking of parting ways, Taika Waititi and Chelsea Winstanley weren’t seen together on red carpets and were barely seen afterward. Moreover, Matewa’s mother hinted at their split via Tweeter when she responded to her and Taika’s portrait with the hashtag, #notmyhusband.

Furthermore, Matewa’s father seems to have found a new love interest and vice versa. Well, relationships require a lot of work, and therefore, Matewa’s parents parted ways. Despite their differences, they are still making time for their babies, and Matewa is growing amidst the warmth of her parents and siblings’ love.

Well, Taika Waititi’s daughter, Matewa Kiritapu, is small and yet to grow older, and not the time for her to determine her career. Thus, let’s hope to hear more of her in the future, but in the meantime, will the youngest in the family, Matewa, choose to follow Taika and Chelsea’s footsteps? What is your opinion?

The name Matewa is a Maori name, which means The dream time of the soul.