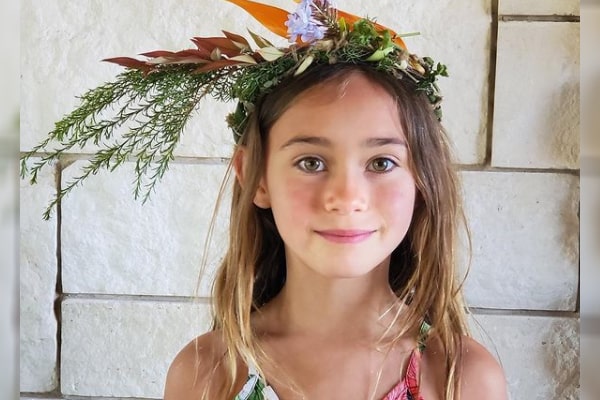 Thor director Taika Waititi, and his former partner, Chelsea Winstanley, were one of the most celebrated couples in Hollywood. The duo created not only entertaining shows but also welcomed beautiful daughters together. Furthermore, the couple exchanged their vows in 2011 but separated a couple of years ago.

Unfortunately, things did not work out for Taika and Chelsea, but their daughters seem close to their parents. Nevertheless, let’s learn about Taika Waititi’s daughter, Te Hinekāhu, with former partner, Chelsea Winstanley.

Oldest In The Family

Aforementioned, director Taika Waititi and Chelsea Winstanley made a wonderful couple. The ex-pair met when Winstanley interviewed Taika Waititi for a documentary about Māori artists. Interestingly, they reconnected in 2010 and worked together on Boy. Taika and Chelsea went on to marry in 2011 in New York.

Moreover, Taika Waititi’s daughter, Te Kainga o Te Hinekaahu Waititi, was born in 2012 after a wedding year. However, she is not the only child in the family. Hinekāhu is an older sister to Matewa Kiritapu. Although there isn’t much about Waititi’s daughter, Te Hinekāhu, on the internet, she seems to have a beautiful bond with both her parents. Furthermore, she also has a half-brother named Maia, from her mother’s side.

The New Zealand natives Taika and Chelsea chose a birthing center with facilities similar to New Zealand rather than medical intervention. Furthermore, according to the NZ Herald, Taika initially declined to share a picture of his precious baby girl. However, his Instagram is filled with his daughter’s pictures currently. Moreover, Taika Waititi’s daughter’s name is derived from his great-grandmother’s name.

Also, Te Hinekāhu’s father confessed that falling into parenthood came very naturally to him as he comes from an extended family.

Quarantined With Father And Younger Sister

The noble Coronavirus has made work a little too difficult, especially when it requires a lot of traveling and includes children. However, Te Hinekāhu’s father, Taika Waititi, seems to be at ease and perfectly handled the situation.

Boy director Taika Waititi and his daughters, Te Hinekāhu and Matewa Kiritapu, were quarantined in a hotel after New Zealand made it mandatory for travelers to stay in for two weeks before reaching their final destinations. The pictures he shared on his Instagram were hilarious. The snap he shared on the 7th day captured every corner of his hotel room floor covered in crayons and dolls.

Te Hinekāhu’s father further wrote how things were going great until his daughters found the ‘explode suitcases’ and ‘trash everything’ button in the caption. Well, the aftermath was loud and clear on the photo he shared. Similarly, on the 13th day of hotel quarantine, Taika reported that things had gotten out of control and his daughters have started a gang. He also added that he had been renamed ‘Blueberry.’ It Looks like the father-daughter trio had a blast during the hotel quarantine in New Zealand and formed a better bond.

Aforementioned, Te Hinekāhu’s parents made a healthy couple. They met and reconnected during work and started their relationship shortly after. However, it’s not only love and magic in a relationship; one tends to get dull with time. A similar case occurred in Te Hinekāhu’s family as her parents separated after a few years into marriage.

According to Page Six, the former Waititi couple parted ways sometime in 2018. Furthermore, Waititi and Winstanley weren’t photographed together on red carpets to promote film they worked together in. Moreover, Taika Waititi’s baby mama, Chelsea, hinted to her followers about their split. For instance, on a deleted tweet, she responded with the #notmyhusband to a portrait drawn with her ex-husband.

As of now, they seem to have moved on and are living a happy life individually. Interestingly, since their daughters are underage, they seem to be enjoying co-parenting. Also, Te Hinekāhu’s parents upload her pictures wishing on her birthdays. They further appreciate Hinekāhu’s presence in their lives and are thankful for her bubbly character.

Although Taika Waititi’s daughter, Te Hinekāhu, is small, she is full of lively personality and talent. Taika uploads every little accomplishment like her baby-drawings and their bonding activities like hairdressing. On the other hand, Hinekāhu’s mother, Chelsea, rarely makes personal posts, but they indeed have a strong bond.

Unfortunately, Taika Waititi’s baby girl is still young, and we might have to wait longer to see and hear about her career choices. Given that both Hinekāhu’s parents are in the entertainment industry, will she enter Hollywood or completely alter her career? What do you think?

It isn’t easy to know Taika’s daughter’s name meaning. But her father had joked around his friends saying the name Te Hinekāhu is Resurrection of Tupac” or “Mazda RX7” after Taika Waitti’s dream car.