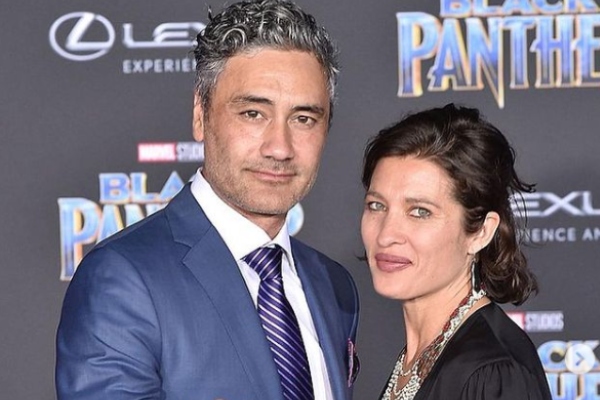 Taika and Chelsea were married to each other for almost a decade. Image Source: Social Media.

Academy award-winning director Taika Waititi is known for his works on movies like Boy, Jojo Rabbit, and Thor: Ragnarok. The 45-year-old is pretty influential as he was the first-ever person of Māori descent who has won an Academy Award in a screenplay category. His work in the movies has been pretty off the chart, and with several projects on the horizon, fans are eager to know more about him.

Taika’s fanbase has been enjoying his works for years but is not privy to his personal life. The actor-cum-director married his wife Chelsea Winstanley in 2011, but the two reportedly separated two years ago. The couple liked to keep their relationship out of the reach of the paparazzi. Still, we have gathered some interesting information about Taika Waititi’s estranged wife Chelsea, so let’s have a look at how their relationship unfolds.

Also Read: Know About Dustin Diamond’s Ex-Wife, Does The Couple Have Any Kids Together?

Taika and Chelsea quietly separated back in 2018. Even though the couple seemed pretty happy on the surface, it seems they had internal troubles. We don’t really know what went wrong between the two. But they did not seem to like to make a big deal out of it. The couple remains far from the media about the separation and has not really talked about it. Even though the two are now separated, it has not been official yet.

The former pair seems to have moved on from their relationship and have started to date new people. While Taika is regularly seen with a woman named Polly Stoker, Chelsea is focusing her time on her career and children.

Chelsea Winstanley Is A Mother Of Three

Taika Waititi’s wife, Chelsea Winstanley, is a wonderful mother of three. The talented filmmaker has a son named Maia from her previous relationship. The filmmaker gave birth to him when she was just 21 and had to raise her son on her own because her partner left them. Maia is now 23 years old and is pursuing a career in showbiz. Chelsea also has two daughters, Matewa Kiritapu and Te Hinekāhu, with her estranged husband Taika and is a proud mother of three.

Taika Waititi’s daughters, Matewa and Hinekāhu are growing up like a charm, and it’s really wonderful for Chelsea to continue being a great filmmaker while also raising her kids. Even though Chelsea and Taika are now separated, the two must have remained close to raise their children. They even hired a Māori speaking nanny for their children to learn to speak their native tongue.

Chelsea had to go through a troubled childhood. She was sexually abused as a child, and the incident had left a deep scar on her life. Taika came along to help her heal from the abuse, even though he was furious about it initially. The couple first met during an interview where Winstanley asked her future husband, Taika, about his works. They were attracted to each other from the start but only started dating after working together in the movie Boy.

Taika had been pretty supportive of Chelsea from the very beginning regarding her career in filmmaking. In an interview, she mentioned that they were a perfect match because Taika was into comedy while Chelsea was into the more serious stuff. Even though the pair are not together anymore, Winstanley is undoubtedly grateful for Waititi’s presence in her life.

Taika Waititi’s wife, Chelsea Winstanley, is also a filmmaker. The 44-year-old has produced and directed a bunch of projects like Merata: How Mom Decolonized the Screen, Night Shift, and What We Do in the Shadows. Even though Chelsea’s career has not been as celebrated as her husband’s, she has had quite a successful run for herself.

Chelsea’s documentary Merata: How Mom Decolonized the Screen was based on her idol Māori filmmaker Merata Mita. She does not just want to be known as Taika Waititi’s wife and has worked hard to make a name for herself. She did achieve quite a lot and has some interesting upcoming projects like Arezoui, Thief of Sleep, and Night Raiders.

While she is still recognized as Taika Waititi’s wife, Chelsea Winstanley, is set to make a name for herself in the entertainment world. We wish the strong woman all the best for her future works.