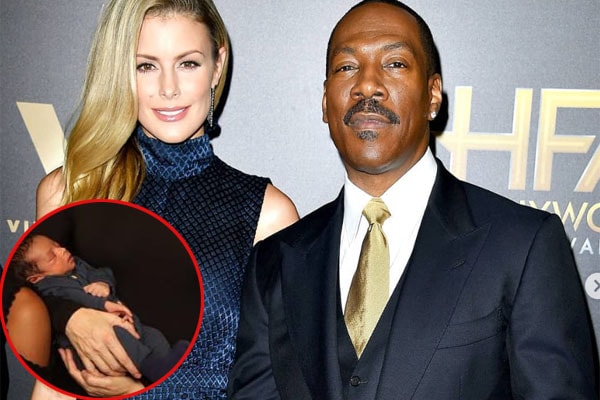 Eddie Murphy and His Fiance Paige Butcher with their tenth child

The Screenwriter Eddie Murphy had relations with different partners, and he is currently with the Max Charles Murphy’s mother, Paige Butcher. Max Murphy has eight half-siblings and a sister named Izzy Oona Murphy. The newborn baby is the second child of them together.

Though Eddie isn’t married to Paige Butcher, the two lovebirds are happy to welcome their son, Max Charles Murphy. Since 2012, they have been in a romantic relationship despite the fans’ harsh reaction. Though they don’t have their social media handle, Eddie Murphy’s daughter Bria Murphy had uploaded a photo of the Murphy Family where we can see the little Max Charles.

Even when Paige was pregnant with Max Charles Murphy, she was often spotted in public with her beau Eddie flaunting her big baby bump.

Max Charles Murphy Has Got Many Siblings

Since Eddie Murphy has fathered ten children already, we are pretty sure Max Charles Murphy has no shortage of siblings. Eddie Murphy’s son Max Charles Murphy will be growing among his amazing half-siblings. His two half-sisters: Shayne Murphy and Bria Murphy are well known and modeled for a lot of magazines. Max’s list of half-siblings also includes Bella Zahra Murphy, Eddy Murphy, and  Nicole Mitchell Murphy’s daughter.

Max means the “greatest.” It is the short form of Maximillian. Charles came from an English word meaning “free man.”