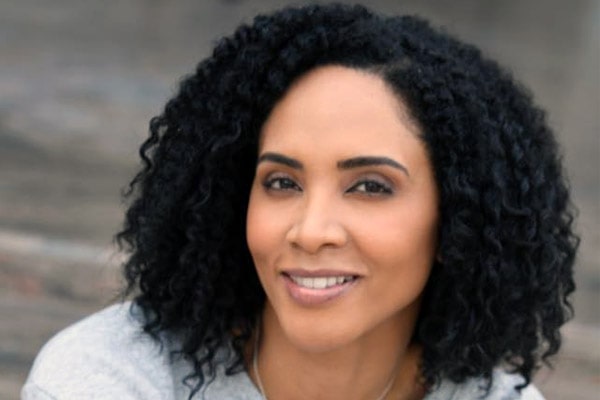 The former heavyweight champion and entrepreneur, George Foreman, is in the head of every boxing and grill lovers. And thanks to Foreman’s 2008 TV Show ‘Family Foreman’, his family also enjoyed the spotlight for some time.

The two-times Olympic gold medalist, George Foreman a.k.a. Big George married five times throughout his life and has five sons and five daughters. Moreover, Foreman adopted two daughters in his expansive family, which makes a total of twelve children.

Among those twelve kids of George Foreman, today, here in this article, meet Natalie Foreman, George Foreman’s daughter with Mary Foreman. Please have a closer look at her personal life, including her marriage, children, and many more.

Natalie Foreman Is A Professional Singer

Born on the islands of St. Lucia and raised in Houston, Texas, Natalie started singing in her father’s church when she was just four years old. With the assistance of her dad and his acoustic guitar, Natalie developed a sound all her own.

The star in the show ‘Family Foreman,’ Natalie chased her dream of music alongside her goal of education too. The journey of Natalie from the small stage in Houston towards a more massive crowd began when she performed ‘God Bless America’ in front of thousands at the Indycar race in Chicago. Soon after that, Foreman got many offers to perform including at the National Anthem at major sporting events.

Currently, the former Lead Singer of HHLTD, Natalie, is an established country singer. She has already released a couple of tracks. And, we must say her brother, George Foreman IV supported in his sister’s music career by sharing a YouTube video of Natalie singing ‘Somewhere Over the Rainbow.’

Natalie Foreman’s music is a unique blend of pop, country along with classical influence. The uniqueness in Natalie’s singing might add her to trending top artists of America for sure.

George Foreman’s Daughter Is A Professor Too.

The Doctor of Education holder, Natalie, is not just a pro-musician but also engaged in other professions too. According to the Linkedin profile of Natalie, she is a Professor of Education at Lone Star College from June of 2014 to present.

Before Lone Star, the Texas Southern University graduate Natalie served as a humanities and athletics teacher from 2012 to 2014. As a certified professor, Natalie might be providing her service in various other institutes too.

The heavyweight boxing champion George Foreman’s daughter, Natalie Foreman, is not single. The gorgeous beauty is in a happy marital relationship with her husband. The name of her long time partner and other information related to him is still away from the media.

#BaylorHomecoming #SicEmBears #sicOSU when your hubby is an honorary Bear and cheers ALMOST as loud as you do! Bears coming home!!! @Baylor @BUFootball pic.twitter.com/e7GbxTPXVQ

According to the Instagram page of Natalie, she is a mother to a 3rd generation George, but the name of her children with her spouse is not available to the public to date. Moreover, Natalie shares photos with her spouse and even the pictures of her little kids on her Twitter Page. However, Natalie discloses no details regarding her footballer husband and kids except their photos.

One Among Ten Foreman Siblings

Prior mentioned, George Foreman has ten offsprings; five daughters and five sons from five marriages. All the five brothers of Natalia got their name after their father’s name; George Edward Foreman. George explained the reason for giving the same name to his sons on his website. He always wanted something in common to have with his sons. Moreover, if one of them goes up or down, then they all go the same together.

The name of the fourth sibling of Natalie is George Foreman V, a.k.a. Red, who was once charged for assaulting his wife, Ashly McVea-Figueroa. Later, the police could not prove that Red strangled his wife. So, the case got dismissed. Currently, he assists his father in a business venture alongside Natalie and their mother, Mary Joan.

The fifth and the youngest Foreman boy is George Foreman VI, a.k.a. Little Joey. And, then talking about the sisters of Natalie, they are Leola Foreman, Michi Foreman, Georgetta Foreman, and Freeda Foreman. The former professional boxer Freeda sadly passed away in March of 2019.after an apparent suicide

Thanks to the Twitter of Natalie and her siblings’ social media accounts on which we can see the latest pictures of her. It looks like Natalie wants to live a life away from media paparazzi and enjoy it in privacy. We hope Natalie will open up more about her records in the years to come.

The feminine given name Natalie is of French and English origin, which means ‘born on Christmas.’