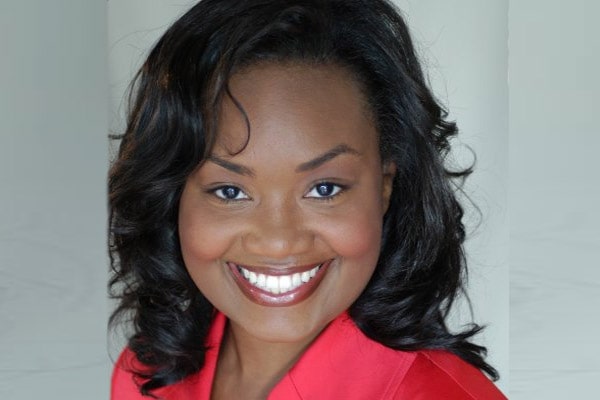 The former boxing champion and the star of NBC’s reality series ‘Better Late Than Never,’ George Foreman, is a proud father to twelve children. His five sons and five daughters are from his five marriages, whereas Big George adopted the remaining two daughters.

All of the legendary boxer George Foreman’s children were once in the spotlight back in 2008 through George’s TV Show ‘Family Foreman.’ Everyone might be wondering where those all Foreman siblings are and what might be they be doing in the present.

So today, in this article, allow yourself to enjoy the pleasure of getting to have a closer look at one of the George Foreman’s daughters, Georgetta Foreman‘s life. Know the facts on Georgetta, including her family life, earnings, and much more.

Amasses Net Worth From Her Career As A TV Producer

According to the Linkedin Profile of Georgetta, She served as a Product Placement Specialist in Red Cube for two months in 2018. Also, she was TedxDelthorneWomen Speaker of TED Conferences in December 2019. Although TED does not pay the speakers, it covers their travel and accommodation expenses. So, it helped Georgetta from spending from her pocket at the time of giving her TED talk.

Furthermore, Georgetta is working as a Podcast Executive Producer in the Foreman Digital LLC since November 2017. Besides, she is a producer at the Entertainment Studios. The credit of Georgetta’s TV producing goes to TV shows like America’s Court with Judge Ross (2010), Divorce Court (1999), and Supreme Justice with Judge Karen.

Worked As Her Dad’s Assistant At The Age Of Fifteen

The two-time boxing champion George began mentoring his daughter Georgetta at a very young age. By the age of 15, she traveled as her dad’s assistant during his boxing matches and learning ropes of the world in sports and media.

Soon, Georgetta got to be George’s Head of Media Relations. Working with dad George during the height of the George Foreman Grill sales is one of the most memorable moments of Georgetta’s career. Also, it’s an unforgettable moment of Georgetta’s life being a witness of George signing his legendary $100 million deal with Salton.

The gorgeous little girl of George inherited his infectious smile, great personality, and hard work ethic. At present, the father-daughter duo is working together on the George Foreman Podcast.

The 43 years old Georgetta seems to be a married woman. According to her Instagram, she is the mother of two children. Going through the pictures that Georgetta shares in her gram often, she has two daughters, one who she calls Jewel and the other Jesse, the eldest one.

Although Georgetta shares strings of her daughters’ photos frequently in her gram, she has not mentioned about her husband/partner or the children’s father to date. There are no details concerning about Georgetta Foreman’s husband and who is the father of her two little kids. For now, we can hope Georgetta opens up about her marital life and more details on her family life soon.

The good friend of Muhammad Ali‘s family members, Georgetta Foreman, is active in most of the social media pages, including Instagram, Facebook, and Twitter. She does often post in those pages, and the public can reach her with ease. However, Georgetta does not update much about what she is doing in the present day.

Georgetta is undoubtedly proud of her Foreman family. Mostly she shares photos taken with her famous father, her kids, and her siblings in her social media pages.

According to a post in the Washington Post, Georgetta Foreman is among the top fifty most famous George’s around the globe. And, Georgetta’s father George and her five brothers also fall in the list. All the five brothers of Georgetta got their name after their father.

The feminine variation of George, Georgetta’s name meaning is a farmer.