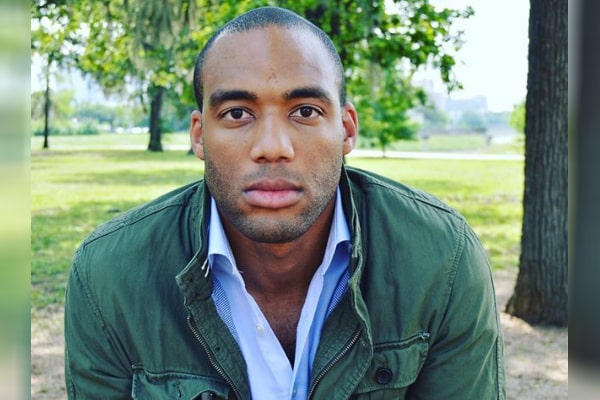 George Foreman is a massive name in the boxing world. The Big George retired after a loss to Jimmy Young in 1977 after spending years in the game. He made a glorious history as a two-time world heavyweight champion and an Olympic gold medalist. Besides being a boxer, George is a minister, author, and entrepreneur.

Adding more title to George Foreman, he is also a doting father of twelve children from different wives. Hence, today, we will be talking about Foreman’s son, George Foreman IV, with his wife, Mary Joan Martelly. Let’s find out more about him.

George Foreman had an extensive history as a boxer. Throughout his career, he brought home some ginormous titles, but one he’s most proud of is being a father to his twelve children.

It is well known that George was married four times before settling with his fifth wife, Mary Joan Martelly. The pair welcomed five children together, along with George Foreman IV. Big George is a family man and hence likes to keep his children away from the public scrutiny.

As a result, George Foreman’s son, George Foreman IV’s childhood, remained secluded from the media, and he enjoyed a normal upbringing. George IV was surrounded by his siblings when he grew up, i.e., other George Foremans. Hence, they all had nicknames, and Foreman IV is called ‘The Big Wheel.’

Looks like George Foreman’s son, Foreman IV, loves to study and hence graduated in several majors. He studied Liberal Arts and Sciences from the University of Redlands. Furthermore, he graduated from Texas Southern University in Journalism, Public Relations & Advertising.

Because Foreman IV is as private as his father, we are not able to tell if he’s married or not. But, we do see one or two pictures of babies and cousins on his Instagram. So, what do you think?

Foreman IV squeezed all his learnings throughout the years in the coming days and managed to prolong his CV. Let’s take a look at his verities.

Aforementioned, George Foreman IV is a scholar. Moreover, he has a dynamic personality, which is probably why he is involved in several activities like fitness, podcasts, etc. besides his jobs.

Talking about Foreman IV’s profession, he currently serves as a combative sports manager in Foreman PR LCC since 2012. He further serves as the licensing specialist in the company since 2013 and is the member board of directors in The George Foreman Youth & Community Center since 2011.

Foreman IV also worked with his sister, Georgetta Foreman. As of now, he indulges in several other activities, as mentioned above, all while balancing his jobs. However, things do not end here, as he has tried his hands on producing a few shows.

An Actor And Producer

As stated above, George Foreman IV’s work experiences also include his attempt to produce a few shows. Before that, he appeared on FOX’s tv show, American Grit, hosted by John Cena in 2017. He wanted to make sure the world knows his name and acknowledge his competitiveness, along with being the Big George’s offspring.

Furthermore, George IV told that money was not his concern and insisted on having other missions for appearing on TV. Besides appearing on the Cena’s show, he appeared on Family Foreman in 2008 and Relatively Speaking: George Foreman in 2002.

Likewise, according to Foreman IV’s IMDb, he has a few acting credits, including Barabba. Additionally, he produced a documentary film called Foreman in 2017. He also seems to have a few halted shows like Manny TV Pilot. Let’s hope we get to see George Foreman’s son soon on the big screen.

George IV’s Parents Are Together Since 1985

As mentioned above, George Foreman married a few times before finding his rock, Mary. The pair married on March 25, 1985, and has been married ever since.

The pair welcomed five children together, including George Foreman V, George Foreman VI, Natalie Foreman, and Leola Foreman. The siblings share a great bond, but George Foreman IV’s parents seem to have a spiritual relationship. The couple is not just married to one another but is involved in several philanthropic activities.

Martelly and Foreman were honored at A World of Friends Fighting AIDS in 2007 for their work in Houston and St. Lucia. Thus, a couple with mutual understanding lasts longer and remains stronger. As of now, the long-time partners are living a very private life.

Prior to Mary, Foreman was married to Adrienne Calhoun, Cynthia Lewis, Sharon Goodson, and Mary Foreman. Throughout his five marriages, Geroge had children with three wives.

One Of George IV’s Siblings Died By Suicide

The gold medalist, George Foreman, is a proud father of twelve children; five sons and seven daughters. Thus, George IV was surrounded by his siblings as he grew up. Foreman’s first marriage with wife, Adrienne, gifted them a daughter, Michi Foreman.

Unfortunately, George IV’s half-sister, Freeda Foreman, died at the age of 42 after an apparent suicide. Her body was found at her Houston home on March 9, 2019. Freeda was a pro-boxer who retired shortly after setting a record of 5-1 and aspired to become a boxing promoter. Unfortunately, she left the world, leaving behind her dreams and a child.

The name George is of Greek origin, which means farmer or earth worker.