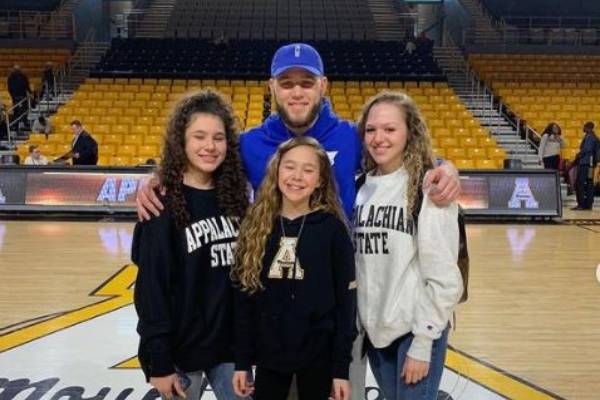 All the NBA fans from the 2000s might be familiar with Mike Bibby‘s name. He played in the National Basketball Association (NBA) as a point guard for 14 seasons. Mike started his NBA career with the Vancouver Grizzlies having been drafted in the 1st round as the 2nd overall pick by the team.

However, Mike found much fame with the Sacramento Kings. He was the Kings’ starting point guard for the majority of his seven-year stint from 2001 to 2008. His career was then heavily affected by injuries, and he bounced from team to team like Atlanta Hawks, Washington Wizards, Miami Heat. Bibby ended his fourteen-year career with the New York Knicks after the 2011-12 season.

After his career, Mike has been spending more time with his wife and kids. Mike and his lovely wife, Darcy Watkins, have four kids together. They have a son, Michael Dane Bibby, and three daughters, Janae Marie Bibby, Mia Rose Bibby, Nylah Eloise Bibby together.

In this article, let’s take a look at all of Mike Bibby’s children and see what are they doing currently?

Michael Dane Bibby, the only son of Darcy and Mike Bibby, was born on 24th December 1997. He went to Shadow Mountain High School. During high school, he was coached by his father. Michael Jr. led his high school to the Division II state championship during his sophomore and senior year. He averaged 19.3 points, 5.0 assists, 4.0 rebounds, and 2.7 steals.

After completing high school, Michael joined the University of South Florida. He completed his freshman year at the Florida Univesity before leaving for Appalachian State University in 2017. Unfortunately, he had to sit out the entirety of his first season due to NCAA transfer policies. However, in his sophomore season, Michael played in 21 games averaging 2.9 points. In addition, he shot 48.3% from the three-point line.

Micheal appeared in all of Appalachian’s 33 games in the following season. He just averaged 1.7 points but dimed a career-high 27 assists. He even tied his App State career-high of eight steals. Young Michael had many highlights performances and games with his University. He graduated from Appalachian State University in 2021.

Currently, he is living with his long-time girlfriend happily together. We hope to see him in the NBA someday.

Also Read: Is Cee Lo Green’s Son Into Music Too?

Mike Bibby’s eldest daughter, Janae Bibby, was born in 2000. Similar to her brother, Janae also attended Shadow Mountain High School. She played volleyball during her school days. She was the captain of the school’s girl’s volleyball team.

After graduating from high school, Janae joined Fresno Pacific University. She plays volleyball actively in her college as well. She is often advertised on the Matchday posts and schedules of the University’s game on their social media. Similar to her family, Janae is also very talented and genetically athletic.

Mike Bibby’s children have grown up significantly. Mia Bibby, the second daughter of Mike, seems to be living her days happily. She was born in 2003 and completed high school studies in her hometown. We can see pictures of Mia with her boyfriend on her Instagram account. She is dating college basketball prospect Los Uzan.

The youngest Bibby sibling, Nylah Bibby, was born in October 2008. She is a 13-year-old school student. She has just stepped into her teenage years. But, Nylah also has her own Instagram account.

Substantially, Mike also posts Nylah’s pictures on his Instagram account. It seems he is very attached to her and closely taking care of his little princess. Also, since most of Mike’s kids have shown athletic prowess, who know, Nylah might also be involved in sports,

We wish Mike and his children all the best for their future.

Michael is a word of Hebrew origin. It means a gift from God or God’s present.

Janae is a word that originated from Hebrew. It means God is Gracious.

Mia is an Egyptian word. It means mine and beloved.

Nylah is an Arabic originated word. It means achiever.