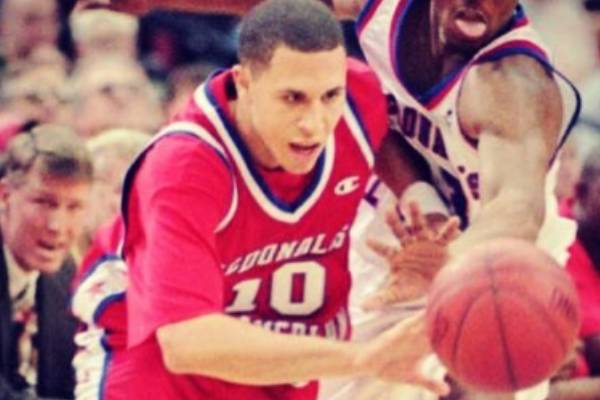 Mike Bibby is a former basketball player turned coach. He played in the professional basketball league in North America for 14 seasons. Moreover, Bibby was a talented point guard who was named to the All-Rookie team in 1999.

Mike Bibby completed his further education after two decades he played for NBA. He is a graduate student of the University of Nevada, Las Vegas, with a Bachelor’s degree in multidisciplinary studies. And while he was still playing in the NBA, Bibby managed to amass quite a fortune.

So, how much is Mike Bibby’s net worth, and what are all of his earning sources? Find out all about it below.

Mike Bibby Net Worth And Earnings

According to Celebrity Net Worth, Mike Bibby’s net worth is estimated to be $60 million. Throughout his career, as a player as well as coach, Mike has made quite a name for himself. Bibby, along with his team member claimed many of the different accolades and represented their team with pride.

But today let’s look at Mike’s financial gains as a former NBA player and a coach.

Income As A Basketball Player

During Mike’s days in Shadow Mountain high school, he played under the supervision of coach Jerry Conner. Subsequently, he went on to win the Arizona state championship, and that’s what motivated him to make a career in NBA.

During his career from 1998-2012, as a player, Bibbi played with different teams such as Miami Heat, Washington Wizards, Atlanta Hawks, and New York Knicks to name a few. He was an integral part of these teams and showcased his excellent skills in numerous games.

Throughout Mike Bibby’s career, his longest and biggest contract was with Sacramento Kings. He signed a contract worth $80 million for seven long years with the Kings, followed by his $12 million contract with Grizzlies for 4 years. Later, Atlanta Hawks asked for Bibby in exchange for several other renowned players. Thus, we can conclude, his market value must have held a high range, the reason other teams wanted him under their own.

Hence, looking at the worth of his contract, it is clear that the former NBA player pocketed a considerable sum. And given below is some of Mike Bibby’s salary that he received during his playing years.

According to HoopsHype, his total earning while he was still a player was $107 million which in today’s date is about $140 million.

Moreover, on the official site of the NBA Store, you can find jerseys with Bibby’s name on it, most of which are priced at $129 while some can be purchased for $99.00 and $84.00. Hence, Mike must have been compensated for the sales of the shirts which feature his name and jersey number.

After Mike Bibby’s days as a competitive baller ended, he decided to serve the field as a coach. Being a father, he first took initiative to start from his own family as he coached his son Michael Bibby Jr. Eventually, he returned to the same place where he started his first step as a basketeer, his high school.

Mike started as an assistant coach, and the assigned team won the state championship under his guidance. As a result, he was named as the head coach for the next five years. Thereafter, he coached the basketball team from Hillcrest Prep Academy.

Though the exact details regarding his earning are yet to come out. We can say that all these years first as a player and later as a coach have surely helped increase Mike Bibby’s net worth.

Did Allegations Of Sexual Abuse Affect His Fortune?

After spending around 4 years with his alma mater, Mike Bibby encountered some allegations. He was accused of sexually abusing a colleague at Shadow Mountain High in 2017. This subsequently led to him getting fired from his head coach position. However, the police did not find any reasonable clue regarding this issue.

All in all, the allegation and subsequent firing must have taken a toll on his reputation. Moreover, the incident most probably affected Mike Bibby’s net worth.

Nevertheless, he keeps mentioning how he loves mentoring and working with the upcoming rising ballers. So we hope, he will return to the court with more power.

Also Read: Find How Much Is Terry Francona’s Net Worth

Apart from his NBA career, peeping into his personal life, then we can see Mike lives a luxurious lifestyle. All credit goes to his sweats and injuries while making a name for himself, that now he got to live a comfortable life.

Ex NBA player Mike Bibby owns a lavish mansion in Phoenix. The mansion consists of a striking interior with everything other dreams of. In addition, it has a huge game room, aquarium, and unsurprisingly, a basketball court.

Besides, according to Virtual Globetrotting, Mike also has a house in Sacramento, California, that reflects a part of his fortune. He also reportedly owned multiple properties in the Phoenix area.

Speaking of his family then he seems to be a proud parent of four children and a loving husband to Darcy Watkins. As it reflects through his captioned photos, how grateful he is to have the family he has.

Besides, baller Bibby seems to have a great collection of shoes. As per one of the pictures he shared in his social profile, his closet had nothing but top-notch brands of sneakers that cost quite a dollar.

While Mike Bibby enjoys his life comfortably, he was once embroiled in a legal battle with an auto customization company. According to TMZ, the former NBA player filed a lawsuit against 212 Motoring for not returning his customized car back. However, the company stated that Mike was trying to get the service for free, whereas it was not applicable.

But this incident happened in 2008 so, now he is over that phase. And no doubt like other sports personalities Mike too must possess a fleet of cars. Moreover, we believe he is fulfilling his duty as a responsible citizen.