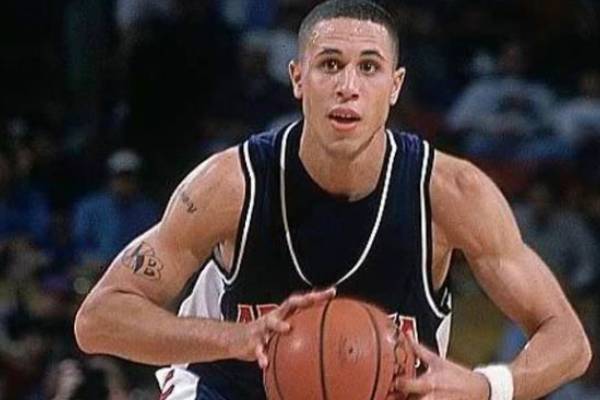 Michael Bibby, aka Mike Bibby, is a former NBA player. He played in the National Basketball Association (NBA) for fourteen seasons from 1998 to 2012. After finishing his playing career, Bibby decided to get into coaching, returning to his alma mater, Shadow Mountain High School to work as an assistant coach.

Mike has a lovely family besides earning a name for himself in the NBA. He is married to his adorable partner, Darcy Watkins, and together they have four amazing kids. He has never been vocal about his wife and family. So, today let’s get to know more about Mike Bibby’s wife Darcy Watkins, their love life, and children.

According to Fabwags, Darcy Watkins was born on 23rd June 1978. Mike and his wife Darcy’s relationship, has been talked about often for different reasons. The couple first met each other at a very young age and fell in love. They were still very young and dating when they found out that Darcy was pregnant with their child, Michael Dane Bibby. He was born on 24th December 1997.

Furthermore, since welcoming their son, Mike Bibby’s wife Darcy Watkins has gone on to give birth to three daughters. Janae Marie Bibby was born in 2000. She played volleyball during high school at Shadow Mountain High. She was also the captain of the ladies’ volleyball team.

Mia Rose Bibby, the second daughter of Darcy and Mike, was born in 2003, and their youngest daughter, Nylah Eloise Bibby, was born on 7th October 2009.

Also Read: Take A Look At Mindy Kaling After Her Plastic Surgery

Her Son Is Following In Mike’s Footsteps

Darcy Watkins’ eldest son, Michael Dane Bibby, graduated from the Shadow Mountain High School. Just like her husband, Darcy’s baby boy is also a basketball player. Michael Jr. was coached by his father for three years during high school. He even won the Arizona Player of the Year in his senior year.

After graduating, Darcy’s son Michael was rated as a three-star prospect by ESPN. He was tipped for a decent future in basketball and hasn’t been disappointing since. Her son transferred to the Appalachian State Univesity from the University of South Florida to pursue his further studies and play basketball. He played 54 games for them in his two sophomore and junior years, putting up respectable numbers. He graduated with Communication Studies.

She Prefers To Live Away From The Media

As mentioned above, Darcy and Mike’s relationship has been a topic of buzz several times in the media. The couple was not married or engaged while expecting their first child. Interestingly, talking about their marriage, their wedding dates and pictures have never been public. However, they started dating each other in their teenage years during high school. Since then, the love birds have always been together.

Mike Bibby’s wife Darcy Watkins must be living a comfortable life. Her husband was a famous NBA player during the 2000s. He certainly has a huge fan following on social media. But, Mike has not shared any pictures of his wife on his Instagram account.

Furthermore, Darcy isn’t so much mentioned or talked about on her kid’s social media as well. It seems she likes to stay far from the limelight.