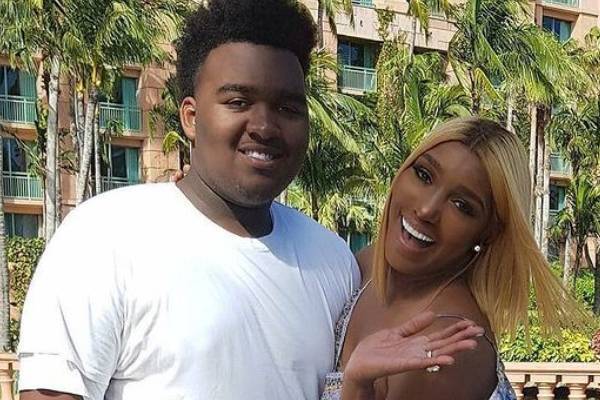 Linnethia Monique Leakes, popularly known as NeNe Leakes, is a well-known reality television star. However, NeNe Leakes is also a mother of two in addition to being a tv personality, actor, presenter, businesswoman, author, and fashion designer.

Both of NeNe’s sons have chosen to stay out of the spotlight in recent years. Consequently, people are curious about her children, who keep a low profile.

So, in this article, let us take a peek into the life of NeNe Leakes’ son, Brentt Leakes, and learn about his whereabouts.

NeNe Leakes and her late husband Gregg Leakes welcomed their first son Brett Leakes on February 22, 1999. However, because NeNe raised him outside the spotlight, little is known about his upbringing.

Nonetheless, it’s safe to think Gregg and NeNe’s child grew up surrounded by love and attention.

Moreover, while Brentt has no sibling of his own, he does have a half-sibling, Bryson Rashard Bryant, from NeNe’s previous relationship. Looking at the photos, the Leakes have posted on their social media pages, it is evident that the family has a strong affection and is always there for one another in good times and bad.

Furthermore, Brentt’s parents have also frequently praised and applauded their son on social media platforms, posting countless images of him. So, it is clear that NeNe Leakes’ son is loved by all.

Owner Of The Linnethia Lounge

Apart from being a T.V. personality, Brentt is also the successful business owner of The Linnethia Lounge. He owns and successfully manages and runs the business with his mom. The lounge offers a great location to hang out and features upgraded pub cuisine, cocktails, and hookah.

Some of the items that are sold in the pub, along with their prices, are listed below.

With thousands of followers on its official Instagram page, there is no doubt that Brentt’s business is thriving. Moreover, NeNe’s popularity must bring in a ton of customers to their lounge. Nonetheless, the celebrity kid still has a long way to go.

So, we can expect more extraordinary things from NeNe Leakes’ youngest child in the coming days.

The world first saw NeNe Leakes’ youngest kid on The Real Housewives of Atlanta when he was just nine years old. While he disappeared from the show as time went on, Brentt unexpectedly released a YouTube video titled Welcome To My Channel! (Intro Video) on December 28, 2019.


Brentt’s YouTube channel is King Brentt and has over thousands of subscribers already. On his channel, the celebrity child shares a normal day-to-day living, giving his fans a general picture of what is going on in his life. Furthermore, Leakes’ kid must also be making a decent earning from his channel.

Additionally, Brentt appears to enjoy a comfortable lifestyle, as evidenced by his YouTube content. Moreover, he also owns multiple luxurious cars and seems to be having the time of his life. Likewise, his Instagram is filled with pictures of his automobiles. Clearly, the youngest of Leakes’ children is doing good in his life.

So, we wish that Gregg and NeNe’s son has nothing but success in the days ahead. Moreover, let’s hope we get to meet Brentt Leakes’ girlfriend in the coming days.

Lost His Father To Cancer

Gregg Leakes, NeNe Leakes’ late husband, is a name that most of us are familiar with. The couple married for the first time in 1997 but divorced in 2011. However, in September 2013, they remarried. Moreover, their ceremony was documented in the spinoff show I Dream of NeNe: The Wedding.

While things appeared to be going well, Gregg’s cancer diagnosis came as a shock to the family. Brentt Leakes’ father was diagnosed with stage 3 colon cancer in 2018. The doctors told Gregg he needed surgery; however, he went into remission following therapy.

Moreover, Brentt posted a heartfelt emotional message amid his father’s cancer battle in a now-expired Instagram story. NeNe’s youngest encouraged others to spend time with their loved ones while they still have time. He also advised people to make more memories with their loved ones, saying that he learned this the hard way by witnessing his father fight for his life every day.

Unfortunately, NeNe confirmed in an Instagram live in June 2021 that Gregg’s cancer had returned. Sadly, on September 1, 2021, his father succumbed to cancer and expired. Brentt posted a hat photo with the words “cancer sucks” on his Instagram account after his death. So, we can only imagine how devastated NeNe Leakes’ son was after his father passed away.

Still, Brentt had his mother and sibling by his side. So, it must have been a relief to have someone to share his pain with. Nonetheless, we hope he slowly overcomes his loss and his wound heal with time.

Brentt is an Old English and Celtic name that means hill or mount.