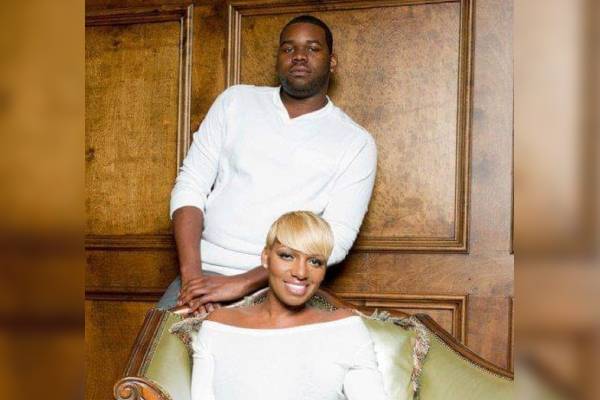 Linnethia Monique Leakes, aka NeNe Leakes, was first introduced to the world through the reality series The Real Housewives of Atlanta. However, apart from being a television personality, actress, presenter, businesswoman, author, and fashion designer, NeNe Leakes is also a mother of two.

However, both of NeNe’s sons have opted to remain away from the limelight in recent years. So naturally, people are interested in knowing more about her children.

NeNe Leakes welcomed her eldest son Bryson Rashard Bryant in December 1989. However, the actress has not revealed the identity of Bryson’s father. Nonetheless, she has admitted that her former partner used to be abusive towards her. Likewise, the eldest one has never spoken on the topic.

Moreover, almost all of those who know about NeNe’s son address him as Bryson. However, on his various social media handles, Leakes’ eldest child has used the name, Brice Bryant. So, whether Brice is just a nickname that he goes by or if it is NeNe’s son’s real name is unclear. Nonetheless, several sites, including IMDb, have used the name, Bryson Bryant.

According to Bryson’s Instagram bio, he is a music producer, manager, and aspiring actor. However, his works remain a mystery to date.

Moreover, Bryson is not NeNe’s only son. On February 22, 1999, the television actress welcomed her second son Brentt Leakes with her late husband, Gregg Leakes. However, Brentt, unlike his brother, prefers a private lifestyle.

Despite this, it is clear from NeNe’s Instagram photos that the family had a close relationship. So, let us offer our best wishes to NeNe Leakes’ eldest child and his family for the time being.

Appeared On The Real Housewives of Atlanta

The family members of reality television often appear alongside the reality stars on the show. And with the show’s name being The Real Housewives of Atlanta, it is kind of a given that there will be a lot of conflicts involving family members. So, no one was surprised when they got to see NeNe Leakes’ son, Bryson Bryant, on the show.

While Bryson has been in several episodes, the one that caused the most controversy was when NeNe kicked him out of her house.

Here is a video of Bryson in one of the episodes of RHOA.

While Nene welcomed her son back home in the following season, Bryson did not appear in the show afterward. Still, the audience got to see a lot of his drama unfold on the screen. So, he may be taking a break from it all and getting his life back together.

Regardless, let us wish him the best for his future pursuits.

Apart from his less than stellar RHOA appearance, NeNe Leakes’ child is infamous for having multiple baby mamas. The world first learned Bryson was having a kid with his then-girlfriend Ashley Hill on season 4 of The Real Housewives of Atlanta. NeNe then revealed in 2012 that she was the grandmother of a baby girl named Bri’asia Bryant.

As per RadarOnline, Bryson and Ashley have two more children, Brayden Bryant and a boy nicknamed Lil Benny. The ex-couple welcomed a son, Brayden Zaire Rashard Bryant, in 2013. However, Nene’s eldest has yet to claim his other children with Hill.

However, later Bryant’s ex-girlfriend, Marina Robinson, claimed that she has a daughter, Bria Malani, with NeNe’s son. The former couple first started going out in 2012 after they met at an Atlanta club.

Sadly, things started going south between the two as soon as Bryson found out about the pregnancy. Moreover, Robinson claims that her baby daddy was not present during their daughter’s birth. She further stated that Leakes’ son was never a father to their child and has not provided emotional or financial support to their child.

While Bryson’s other baby mamas have been silent about their children, Blaze‘s mother, Symone Davis, has been outspoken about how terrible of a guy Bryson is. In a now-deleted Instagram post, Davis went on a rant about how he was never present for their child and even went on to call him a deadbeat dad.

However, other sources close to NeNe Leakes’ son claim that Bryson is not the biological father of Symone’s child. Moreover, they claim that Symone merely pretends to be his baby mother for clout and attention.

Nonetheless, Bryson and Symone have been seen together multiple times in the past. Still, as Davis refuses to take a paternity test, the rumors make headlines in the media.

Do you think Symone is doing this just for clout?

Has Been Arrested Numerous Times

Reality stars seem to attract trouble whether they’re on camera or not. And NeNe Leakes’ son can’t manage to keep out of trouble, or rather, goes out of his way looking for it. Consequently, the police have arrested Bryson Bryant numerous times.

The police first arrested Byrant on March 7, 2010, when Gwinnett County Jail authorities discovered he had a warrant for a traffic ticket. However, the deputies found marijuana and charged him with substance possession upon investigation. Additionally, he was also carrying a firearm. However, the court released him after posting a $5,700 bond.

However, his troubles did not end here. You’d think that a reality star whose mother has a net worth of a staggering $14 million would be able to buy two $14 razors. RIGHT? Well, apparently not. In August 2011, the Duluth police arrested Bryson in Georgia for shoplifting two $14 razors from Walmart. The court then charged Leakes’s kid with shoplifting and a probation violation.

One would think that Bryant would have learned his lesson by now. Regrettably, this was not the case. In June 2015, the police arrested him once again for a check forgery case. According to the Atlanta Journal-Constitution, NeNe’s son was caught in possession of a forged check made by Inginac Walter Theodore. However, the court released him on bond.

Luckily, there have not been any further arrests on his name following this. So, we hope that there won’t be any more headlines of NeNe Leakes’ kid being arrested any time soon.

Lost His Step Father To Cancer

Most of us are familiar with NeNe Leakes’ late husband, Gregg Leakes. The pair first exchanged wedding vows in 1997 but got divorced in 2011. However, they remarried in September 2013, and the wedding was featured in the spinoff show, I Dream of NeNe: The Wedding. NeNe and Gregg appeared to be very much in love and could be seen together on numerous occasions.

Unfortunately, the doctors diagnosed Bryson’s stepfather with stage 3 colon cancer in 2018, which went into remission after therapy. However, in June 2021, NeNe revealed that Gregg’s cancer had returned in an Instagram live. And, unfortunately, on September 1, 2021, Leakes’ husband lost his battle to cancer and passed away.

Needless to say, his loss was difficult for everyone, but NeNe was particularly devastated. Even so, she has her sons to console her in difficult times. It must have been reassuring to have someone to lean on during such a difficult period. The actress is settling into her new life, and her boys support her at every turn.

Bryson is an English name meaning son of Brice or son of a nobleman.