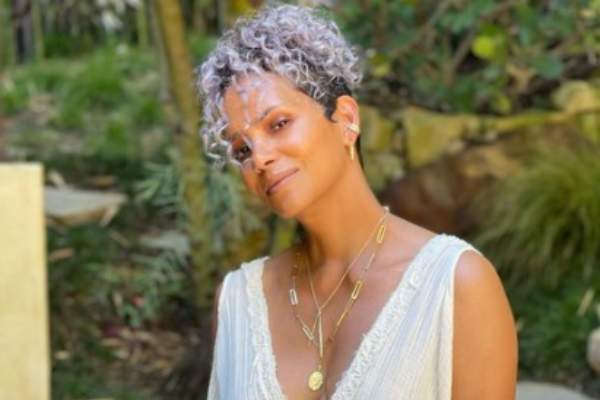 French actor Olivier Martinez was born on January 12, 1966. After appearing in the French movie Un, deux, trois, soleil, he won the César Award for Most Promising Actor. Some of his famous films are The Horseman on the Roof and The Chambermaid on the Titanic, for which he rose to fame.

Talking about his personal life, Martinez has a son, Maceo Robert Martinez, with the American actress Halle Berry. Follow along and learn more about Olivier Martinez and Halle Berry’s son Maceo in the following subtitles.

Who Is Olivier Martinez And Halle Berry’s Son?

Maceo was born in Los Angeles, California, on October 5, 2013. His parents had revealed his then-upcoming arrival in April 2013. His mama did not expect to have a second child, and at that time, she revealed that it was the biggest surprise of her life. Following his birth, Maceo Robert Martinez’s dad did not leave their side.

Halle Berry’s son was named after Olivier’s father. Moreover, the couple’s name of choice may also be thanks to the famous soul and funk sax player Maceo Parker, James Brown‘s right-hand man throughout the 60s. While Maceo means “Gift of God,” his moniker is a tribute to his paternal grandfather, whose first name is Robert.

Halle once took to Instagram and shared a picture with her son from their trip to Bora Bora Island. The followers and supporters quickly saw the post and mentioned in the comment how Maceo resembled his mother’s, Halle, face.

However, in 2019, on the Today Show, Halle explained to the public media that she doesn’t post pictures of her kids on social media. The Oscars winner claims that she wants to protect her kid’s privacy. Furthermore, she also stated that it should be up to them to decide when and how they want to use social media. Halle is naturally very careful about what she posts online about her children since she takes the issue of their privacy very seriously.

Olivier Martinez And Halle Berry’s Son, Maceo Martinez, is of mixed race. Halle Berry and Oliver met on the action thriller Dark Tide set in 2010. The former couple got married after three years of dating. However, the duo divorced in 2016 as things didn’t seem to work out for them.

Furthermore, Maceo Robert Martinez’s parents have joint legal and physical custody of him. They even went on a vacation with him after announcing their divorce. However, Maceo mostly lives with his mother as he is still very young.

While Maceo is the only child of his parents, he is the second child of his mama. He has an elder half-sister, Nahla Ariela Aubry. Maceo Robert Martinez’s mom welcomed her with her previous partner, Gabriel Aubry. Furthermore, Halle Berry’s children get along very well with one another, as they spend a lot of time together. The brother-sister bond must be beautiful.

As mentioned earlier, Olivier Martinez And Halle Berry’s Son, Maceo, is heavily protected from the public eye by his parents. Growing up in an acting household, one of the most frequent questions is, will Maceo follow in his parent’s footsteps and pursue an acting career? Follow along and find out.

Oliver Martinez’s son is still young, and it might be unfair to discuss about his professional career this soon. But, it will be interesting to see whether Maceo is into acting just like his parents or will this young man try out for different fields of his interest.

Nonetheless, Olivier Martinez And Halle Berry’s Son, Maceo, must be raised with immense love and care. Hopefully, he will become a successful individual in the future. Our best wishes are with them.

The name Maceo is of Spanish origin for boys. It is a variation in Matthew, which denotes a gift from God. Robert is a boy’s name deriving from the old Germanic name Hrodebert, meaning bright fame.