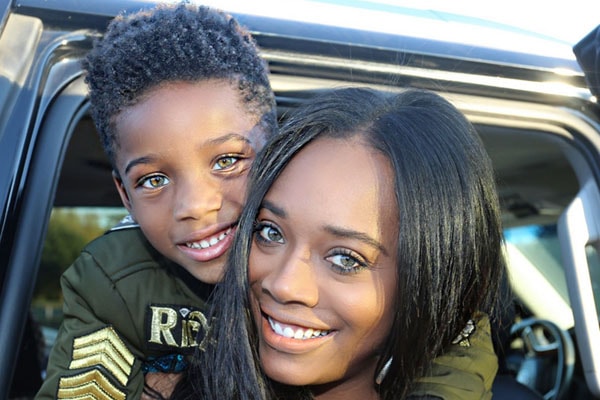 The LHHNY star Yandy Smith‘s son Omere Harris was born on the 16th of July, 2012. Omere is the first child of Yandy with her husband, Mendeecees Harris. During the time of the birth, the little Omere weighed in at 7 pounds and 9 ounces.

As Omere was Yandy Smith’s firstborn, she was pretty delighted to welcome her youngling into the world. Omere has got a little sister named Skylar Smith Harris. Along with that, he has also got two half-sibling brothers named Aasim Harris and Mendeecees Harris Jr., son of Mendeecees Harris with ex-partners Erika DeShazo and Samantha Wallace respectively.

Being one major part of the brother-sister duo’s account “omereandskylar,” which has gained over 163k followers on Instagram as of November 2018. We can surely call  Yandy Smith’s son Omere Harris a social media star. The account is filled with pictures and videos of Omere and his little sister. And at times the account also posts pictures of their parents.

Well, the account is probably run by Yandy. Plus, The little Omere has got a fan account under the name of “weloveomereharris.” So we can see, even at this age Omere has got such a fan following, now only time will tell us how much more it will rise in the coming days.

For the time being, Yandy Smith is raising her two kids alone because Mendeecees Harris is behind bars for drug trafficking. And we bet Omere Harris must miss his father a lot when he is not around.

The two children of Yandy Smith, Omere Harris and Skylar Smith Harris not only have a lovely bond in photos but in real life too. The brother-sister pair seems to get along a lot. And with Yandy Smith’s net worth of $15 million, both are quite living a lavish life.