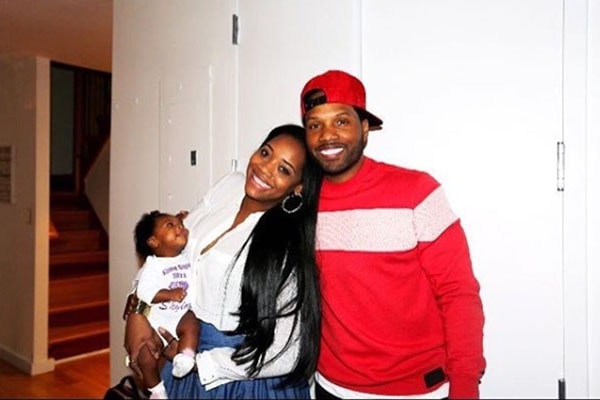 The LAHH star Yandy Smith‘s daughter Skylar Smith Harris was born on the 26th of January, 2015. The little Skylar is the second child of Yandy. Yandy had her kid Skylar Smith with her husband Mendeecees Harris.

Skylar Smith Harris is not the only child of Yandy and Mendeecees. She has an elder brother named Omere Harris. Apart from that, Skylar also has got two elder half-siblings from her father’s side, Mendeecees Harris Jr, and Aasim Harris, Mendeecees Harris’ sons with ex-partners Samantha Wallace and Erika DeShazo respectively.

Yandy Smith’s daughter Skylar Smith Harris is the mini version of Yandy. The mother-daughter pair of Yandy and Skylar tend to spend a lot of quality filled moments together..As Skylar being Yandy’s only daughter, she loves her little one a lot. Yandy has opened up an Instagram account under the name of “omereandskylar,” a collaborative account of her two children, Skylar Smith, and Omere.

The Insta’s wall is filled with the videos and photos of Yandy Smith’s daughter Skylar and her elder brother Omere. Well, we are pretty sure the account is being run by Yandy as both Skylar and Omere are too young to use it on their own. Plus it must be difficult for Yandy to raise kids on her own because Skylar’s father Mendeecees Harris is in jail serving for drug trafficking.

Nevertheless, Yandy is doing her best to raise her little one. We wonder if Yandy has thought a future for her daughter Skylar Smith. Or is she gonna let her princess do whatever she likes and make her mama proud. Plus with Yandy Smith’s net worth of $15 million, there’s not very much to worry about.

Going through the joint Instagram account of Skylar Smith and her brother Omere, we can see how close they are to one another. It seems like there is an inseparable bond between Omere and his little sister.

And as for the name Smith, it is being derived from the Anglo-Saxon smitan which means ‘to strike.’