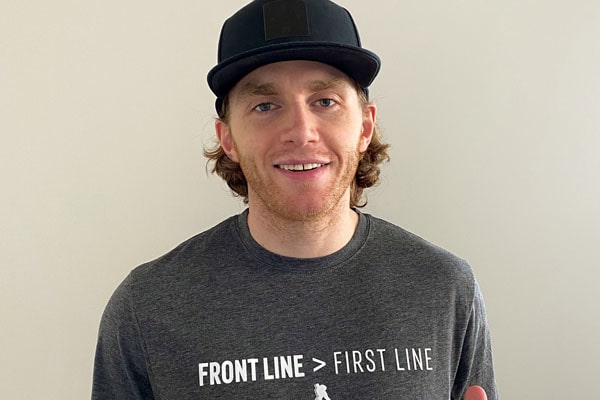 Patrick Kane is a legendary ice hockey player, currently playing as a right-winger and alternate captain for the NHL’s Chicago-based team, Chicago Blackhawks. Besides being a famed NHL player, having bagged numerous awards and accolades, Kane is also a loving father to an adorable son and a dedicated partner.

Here, let’s get a closer look at Patrick Kane’s son, Patrick Timothy Kane III, whom he welcomed with his long-time girlfriend, Amanda Grahovec.

The veteran ice hockey player Patrick Kane became a father for the first time with the arrival of his son, Patrick Timothy Kane III, on 12 November 2020. His long-time girlfriend, Amanda Grahovec, gave birth to the little one.

Though little Patrick arrived on 12 November, his dad, Patrick II, announced his birth only on his own 32nd birthday on 19 November via his Twitter page.

Chicago Blackhawks winger Patrick Kane started dating his baby mama, Amanda, in 2010. Their relationship first started as good friends, after meeting each other through their mutual friends. But, eventually, they decided to take their bonding to the next level and began dating.

Despite being in a live-in relationship for several years, the two have not yet tied the marital knot.

The Blackhawk Champ’s Life Changed After His Son’s Arrival

Patrick Kane’s son, Patrick Kane III’s arrival has brought big changes in his and his baby mama’s life. Since becoming a papa for the first time, the pro-ice hockey player has revealed that he is experiencing significant changes and growth in his life.

While talking with NBC Sports, Patrick Kane II disclosed that fatherhood had been an abundant joy for him. Furthermore, he said that returning home to his little boy after his training and skating makes him incredibly happy. Just hanging out with his son and getting to know him makes Kane feel amazing.

Furthermore, Patrick Kane III’s parents, Patrick Kane II and Amanda have already decided that they will let him do what he wants when he grows up. This was because one day, they tried to put a hockey stick in little Patrick’s hand, but he, in fact, was not having it too much.

So, the first-time parents, Patrick and Amanda, thought that their little boy might not like hockey and decided to let him play whatever he wants when he grows up.

The NHL player, Patrick Kane, and his baby mama, Amanda Grahovec, seem to be pretty concerned about their son Patrick III’s privacy. It looks like they do not want their kid’s everyday life to get affected by his dad’s fame.

So, Patrick and Amanda do not share much about their little boy with the media. But they sometimes take him to his dad’s hockey games.

Patrick Kane’s son, Patrick Kane III, was there with his mom, Amanda, when the Blackhawks honored his dad with a pregame ceremony to celebrate his milestone. And while his dad was supposed to be the star of the show, Kane III stole the limelight due to his cute looks.

So, Patrick Kane is already a father to a son with his girlfriend, Amanda Grahovec. Currently, the family of three lives a merry and quite secretive life in Walton Street, Chicago.

The Scottish and Irish origin name Patrick means son of a noble father.