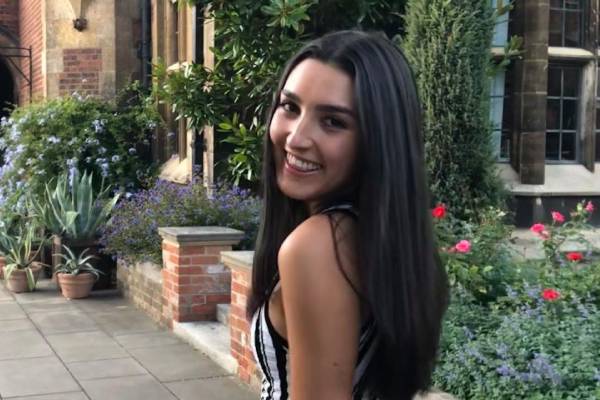 Villanova University men’s basketball team, the Villanova Wildcats, made it to the 2022 NCAA Final four basketball teams along with Duke Blue Devils, Kansas Jayhawks, and North Carolina Tar Heels. The credit for this achievement goes to the team players and its coach Jay Wright who has been working as the head coach since 2001.

Jay has been in the coaching profession for a long time now, and there’s no doubt that he has amassed a significant fortune and fame as well. The successful coach is a doting father of three children and among them is his daughter Reilly Wright.

So, in this article, let’s know about Jay Wright’s daughter and what she is doing these days.

Jay Wright’s Daughter With His Spouse

The basketball coach shares a blissful marital life with Patricia Reilly, with whom he has been married for a long time now. The couple met while they were attending different colleges and began dating shortly after. In all these years of being married, Patricia and Jay have welcomed three children together.

Jay Wright’s daughter Reilly Wright is his youngest child with Patricia. The couple welcomed her in 1999. However, they have kept the remaining birth details of their daughter a secret.

Furthermore, before giving birth to her, Reilly Wright’s parents had welcomed her two elder brothers. Her eldest brother is Taylor Wright, who was born in 1992, and her second brother is Collin Wright, also known as Colin Wright.

Reilly and her brothers must have had a wonderful time growing up together. As the youngest one in the family, she must have been pampered really well by her elder siblings and parents.

Reilly Is A Law Student

Jay Wright has made a good name on the basketball field, and he seems to have instilled the playing enthusiasm in his daughter. Jay’s baby girl played basketball at Episcopal Academy. Likewise, she also played softball with her mom, who used to serve as the co-coach.

Jay Wright’s daughter is a J.D. Candidate at Georgetown University Law Center. She received her High School Diploma from The Episcopal Academy. Reilly attended Fall Semester Program at the University of Cambridge, where she pursued International Law and Political Philosophy.

Then, Jay’s kid enrolled at the University of Pennsylvania, from where she graduated with a degree in Bachelor of Arts in Politics, Philosophy, and Economics in 2017. Then, she began pursuing a Doctor of Law at Georgetown University Law Center.

Furthermore, after graduating from the University of Pennsylvania, Reilly served as Philadelphia Phillies Ballgirl for 2 years. Then, she began working as a research and writing intern at Pennsylvanians for Alternatives to the Death Penalty.

Reilly is set to graduate from law school in 2024, and she might begin working in the most reputed law firms. While it is not known what she does currently, in the future Reilly might work as an attorney. As per Salary Explorer, an attorney earns $192,000 per year, so who knows, the earnings might result in Reilly Wright’s net worth becoming a considerable sum.

On the other hand, Reilly Wright’s dad, Jay has a net worth of $7 million.

Who Is Reilly Wright’s Boyfriend?

As mentioned earlier, Reilly Wright is currently pursuing a Doctor of Law. While she is set to become a lawyer in the future, many have shown interest to know mainly about her personal life.

From a very young age, Reilly came into the limelight because of her dad’s name. But even after being in the media attention, she has easily kept her personal life private. Hence there is no information about Reilly Wright’s boyfriend. On top of that, she has kept her Instagram private, which has made it even more challenging to discover about her beau.

However, in August 2017, Reilly posted a picture with a guy but has not revealed if he is her boyfriend or just a friend.

Nevertheless, let’s hope Jay Wright’s daughter opens up about her personal life and we get to know more about her. Well, she must be living a wonderful life away from the media limelight. We wish her a successful future.

Jay Wright’s daughter, Reilly’s name is an Irish name, and it means Descendant of Roghallach.