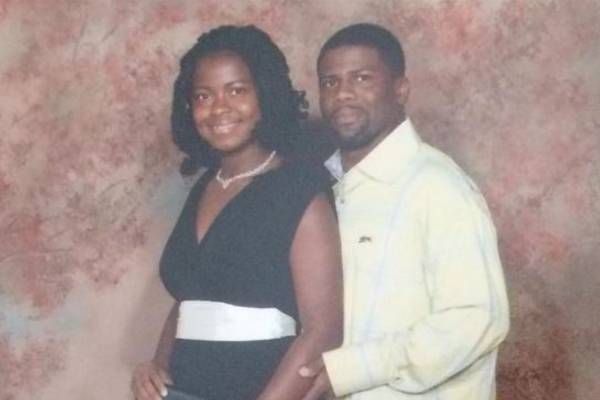 Robert Hart has a daughter who is now grown up. Image Source: Robert Hart Instagram.

Kevin Hart is a well-known name in the comedy world. The popularity that he has gained in the entertainment sector has not only made him famous but also his family members. As a result, Kevin Hart’s brother, Robert Hart, has become well recognized in the media. However, unlike his brother, Robert is a pool player.

Apart from the fame that he has gained as Kevin Hart’s brother, Robert is also known for his sports career. However, unlike Kevin, Robert has stayed away from media scrutiny. Due to which many people have questions about his personal life. While we know that he is a doting father of a child, much information about the baby has not been revealed yet.

Thus, in this article, let’s learn in detail about Robert Hart’s daughter and what she is doing these days.

As mentioned earlier, Kevin Hart’s brother, Robert Hart, is the doting father of a daughter. He often posts about his baby girl on his Instagram page. However, Hart has not revealed the name or any information related to her. Furthermore, according to one of his Instagram posts, Hart’s daughter has already finished high school.

In addition, Robert once mentioned that he would start his own construction company with him as a designer and his only child as an architect. So, she could have received a degree in architecture after completing high school.

As mentioned earlier, Robert Hart has gained fame as a pool player. He has competed in several pool tournaments and earned significant fame and money in the process. Furthermore, he has also posted about his professional achievements on his Instagram page.

Just like him, Robert Hart’s daughter also seems to be good at playing pool. Her dad once uploaded a video of her playing pool. However, it is not known if she has started playing pool professionally or if it is just a hobby.

Nevertheless, we can hope to see Robert Hart’s daughter follow in his footsteps and become a successful pool player.

No Information About Who Her Mother Is

As stated above, Robert Hart has not revealed anything about his daughter. Not only that, but he has also not revealed who his baby mama is. Robert’s past relationship has been kept under the covers, and the media has not been able to find the exact truth about his love life.

Moreover, Robert Hart’s daughter seems to be having a great time with her dad, uncle Kevin Hart, and cousins. She is often seen with her cousins, Kenzo Kash Hart, Heaven Hart, and Hendrix Hart. Therefore, she must share a great bond with them.

Robert’s baby girl must be living a great life away from the limelight. She does not seem to be present on any social media pages or must have kept her profile away from the spotlight. Nevertheless, we hope to learn more about her in the coming days.