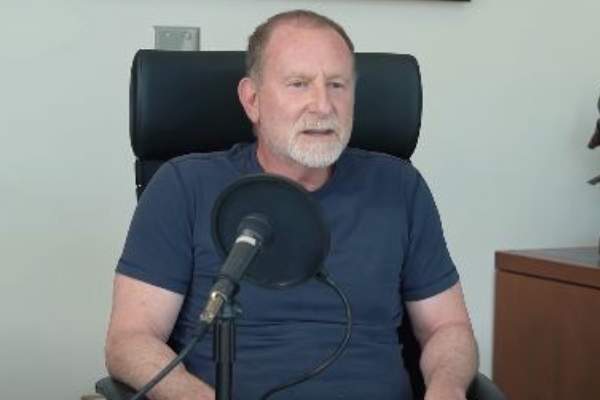 Any sports fan might be familiar with the name Robert Sarver. If that doesn’t ring the bell, then he is the owner of the Phoenix Suns. The American businessman also owns the Phoenix Mercury and RCD Mallorca. Despite all the controversies, the co-founder of Southwest Value Partners has earned immense fortune to his name.

When everyone shows their back to you in tough times, there’s always your family who will accept you in their arms and won’t judge you. In the case of the NBA team owner, his family has always been his rock. He lives a comfortable life with his wife, Penny Sanders, with whom he shares three sons. So, what are Robert Sarver’s children doing? Let’s find out in this article.

The Sarver family is a family of five consisting of Robert, Penny, and their three kids. The couple met in Scottsdale in 1991 and dated for the next five years before exchanging their wedding vows on November 2, 1996. After that, the lovebirds welcomed three boys.

In 1997, Robert Sarver’s son, Max Sarver, was born. Two years after his birth, his brother, Jake Sarver, arrived. Furthermore, among the Sarver boys, Zach Sarver is the youngest, whom the family welcomed in 2001. Since the boys have only a few years of gap, it must have been a wonderful time for them while growing up.

So, what are Robert Sarver’s children doing these days? Let’s discover this in further paragraphs.

The eldest of the Sarver kids is Max, and he has already completed college. He went to Brophy College Preparatory and graduated in 2016. Then, he attended Claremont McKenna College. In 2020, he graduated with a degree in Economics-Accounting and Financial Economics.

Furthermore, Robert Sarver’s son played soccer at college. In the first year, he played as a defender. However, it is not known if he played further.

Talking about his profession, Max worked as an Investment Banking Summer Analyst at Stifel Financial Corporation from June 2019 to August 2019. Prior to that, he interned at Alliance Bank of Arizona and KBW. Unfortunately, his current profession and his love life remain a mystery.

Jake Had A Whirlwind Time During His Teenage Years

In mid-July 2016, Jake went to Coronado Island in San Diego, where he was vacationing with his two brothers and mom. His dad was back home in Phoenix. While skateboarding, he had a terrible fall and hurt his head. As a result, the young man suffered from a subdural hematoma.

Jack Sarver’s mom took him to the closest hospital, and luckily all the neurosurgeons were available. He would have died if he hadn’t had the emergency surgery in the next 15 to 30 minutes. Ten days later, he woke from a coma and vaguely recalled what had happened.

Robert Sarver’s son had a long road to recovery, which was arduous. He spent almost another week in the hospital and then was flown to Barrow Neurological Institute in Phoenix. There, he spent six weeks, during which he underwent rehabilitation and several therapies, including speech, cognitive, physical, and occupational therapy.

In addition, the 17-year-old went to Suns’ practices and games, which became therapeutic. He has already recovered now and seems to be doing well.

Currently Working As An Analyst

Robert Sarver’s middle child spent his junior year at PCDS. At first, he started with just one class and went from school to Barrow. Then a month later, he had two classes, and after another month, he had three classes. The rest of the time, he spent at Barrow for rehabilitation.

Robert’s baby boy used to play soccer, but due to the above-mentioned injury, he could not. So in November 2017, Jack finally got to play soccer and had to wear a helmet in order to play. It was a special moment for him and inspired his teammates.

Talking about his educational background, Sarver Jr. enrolled at the University of Southern California after graduating from Phoenix Country Day School in 2018 with a 3.9 GPA. In May 2022, he graduated with a 3.7 GPA in Bachelor of Business Administration – BBA in Real Estate Finance. He earned Academic Dean’s List during his sophomore, junior, and senior years.

Since July 2022, Robert’s baby boy has worked as an analyst at ACORE Capital. Prior to that, he was working there as a part-time intern. Furthermore, he interned at iStar, RED Development, and Phoenix Suns in the past years. Jack also worked as a management, environmental, and marketing consultant at Wingstop Restaurants, Inc., Applebee’s Neighborhood Grill + Bar, and Lotus Bakeries, respectively.

Talking about Jack Sarver’s relationship, he has not revealed much information like his brother.

Among Robert Sarver’s kids, two have already completed college. His youngest son is in his sophomore year as of 2022. He graduated from Phoenix Country Day School in 2019. Then, just like his big brother Jack, he also enrolled at the University of Southern California.

There, Zach is pursuing a Bachelor of Business Administration in Finance and General. He will graduate in 2023. In addition, he is currently interning at Avenue Capital Group as an Investment Summer Analyst. The company is founded by Marc Lasry and his sister, Sonia Gardner.

All in all, Robert Sarver’s children seem to be doing well. He and his wife must be proud of what their little ones have accomplished so far. Hopefully, they will also work hard to become successful personalities like their dad. We wish them further days full of bliss and prosperity.