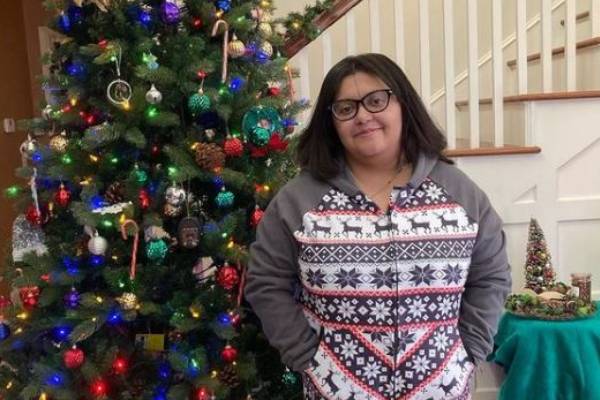 Chandra Wilson and her partner gave birth to their first daughter in 1993. Image Source: Instagram (@sarinamcfarlane)

Apart from being a talented and successful actress-cum-director, Chandra Wilson is a doting mother of three children. The 52-year-old beautiful actress currently lives a happy life with her partner and children. She has amassed an enormous fortune making her able to live a comfortable life.

Chandra and her partner have been together since 1988, and their relationship is still going strong. In their 33 years of togetherness, they welcomed two daughters and a son.

As stated earlier, Chandra Wilson has been with her partner for 33 years, and in those years of togetherness, they welcomed three children together. The adorable couple welcomed their first child, Sarina McFarlane, on August 2, 1993. However, Chandra’s IMDb states that Serena was born in 1992, and some other online source suggests that she was born in 1994.

Similarly, some online sites suggest that Chandra Wilson’s daughter’s name is Serena Wilson and even Sarina Wilson. She has inherited her mother’s look and has been blessed with hair like her mother. Nevertheless, Sarina’s parents raised her with lots of love and care.

As mentioned above, Chandra is a doting mother of three children. Six years after her birth, in 1998, Sarina McFarlane’s mother, Chandra, gave birth to her sister, Joylin McFarlane, aka Joy Wilson. Serena Wilson’s sister studies Master of Science in Business Analytics at American University.

Similarly, Chandra gave birth to her son, Michael Wilson, in 2006. Serena loves her siblings and seems to love enjoying quality time with them.

Furthermore, Grey’s Anatomy’s actress also described the fear and uncertainty she faced when Sarina first became ill as a teenager. In the interview, she recalled how her daughter experienced nausea, vomiting, and crippling abdominal pain for nearly 10 months before she was finally diagnosed with CVS.

Chandra added that the disease presented itself as a terrible case of food poisoning and didn’t go for four or five days, and they had to go to the ER.

At times, Chandra Wilson’s daughter creates awareness about CVS through her social media pages. The mother-daughter duo has also talked about their experience in several interviews. Furthermore, Sarina McFarlane’s grandmother, Wilma Bradshaw Allen, might also be one of her biggest caregiver and supporter

Has Passion For Writing

Chandra Wilson’s kid, Sarina McFarlane, has a passion for writing. Her Instagram bio suggests that she is in her first step into being a full-time novelist, and she also draws. Similarly, on Facebook, McFarlane has revealed that she works as a ghostwriter, reader, and analysis at Freelance Writer.

In August 2011, Sarina started to pursue a degree in CTVA- Screenwriting at California State University. She graduated in May 2020 & might become a successful novelist or a screenwriter. We can hope that she becomes even successful than her mother.

Furthermore, Serena, aka Sarina, worked as a call center representative at Consumer Attorney Marketing Group – CMAG. She also worked as an operator at Signius Communications. It seems like the beautiful Serena is working hard on her novel. While it might be a while for us to grab a copy of her books, we hope that she becomes successful in her chosen profession.

Has Attended Several Events With Her Mother

Sarina McFarlane accompanies her mother, Chandra Wilson, to several Red Carpet events and ceremonies. In August 2009, she was spotted with her mother at the 16th Annual Little Miss African American Scholarship Pageant. This is one of those many events that the mother-daughter duo has made an appearance in.

Serena seems to be doing fine for herself and is living the best life with her family. Going through her Instagram post, we can see that she loves her dog and cat.

Here’s to hoping Serena achieves significant success in the future and we get to know more about her in the upcoming days.

The name Serena has a Latin origin, which means “Serene, Calm.”