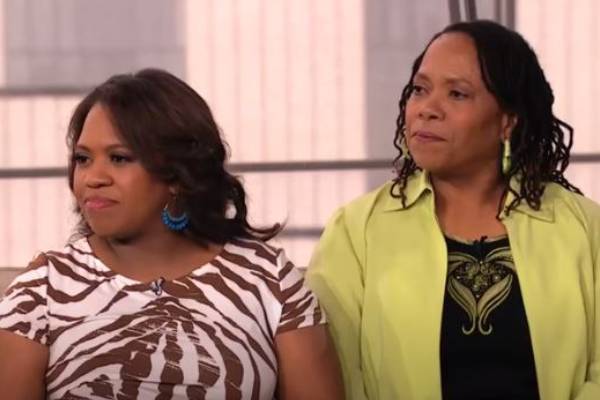 Chandra Wilson, born Chandra Danette Wilson, is a famous director and actress from America. The successful and talented actress is living a comfortable and best life with her three children and partner. She seems to be excellently handling her professional life and personal life.

Chandra Wilson’s mother is one of those working moms who do their best to provide the best for their children. According to several online sites, Chandra Wilson’s mom, Wilma Bradshaw Allen, worked for the USA Postal Service.

After working for 30 years, her mother retired in 2007. However, it has not been revealed what she is doing now. Nevertheless, we can assume that she might be enjoying her retirement.

She Was Divorced Twice

In an interview with Oprah, Chandra revealed that her mother, Wilma, got divorced for the second time. At that time, Chandra was 19 years old, and her baby brother was just 2-years old. However, the information about Wilma Bradshaw Allen’s former husbands has not been revealed yet.

Chandra loves and respects both of her parents. She often mentions her mother’s dedication and support behind the success that she has achieved today.

Despite the fame and recognition, Chandra Wilson seems to be a private person. Due to this, her personal life is limited to speculation. And just like her daughter, Wilma also prefers to enjoy her private life away from the media.

However, she must be enjoying her life as a grandmother of three, from her daughter’s side. Wilma Bradshaw Allen’s grandchildren, Sarina McFarlane aka Serena Wilson, Joylin McFarlane aka Joy Wilson, and Michael Wilson, are surely the apple of her eyes.

Wilma Bradshaw Allen’s daughter, Chandra Wilson, is a popular actress and director. The role of Dr. Miranda Bailey in the medical drama Grey’s Anatomy has helped her gain immense fame and recognition around the globe. Besides the fame, she has also amassed enormous fortune to her name.

Chandra often mentions that her mother helped her start her acting career as she used to make her attend classes after classes to make her busy. Chandra’s mom wanted her daughter to be occupied so that she wouldn’t have time to get into trouble and thus used to enroll her in several activities that were designed to take place after school.

In one interview, Chandra’s mom said she wasn’t a stage mom, and she wanted her daughter to just be seen. Due to her mother, Chandra took acting classes as one of the activities and later pursued her career as an actress. Now, Wilson is one of the well-known actresses in Hollywood. She is thankful for her mother and often talks about her contribution to shaping her career.

In an interview, Chandra also mentioned that she used to get angry at her mom for not showing physical affection. She used to think her mother was disappointed in her. And as she grew up, Wilson realized her mother was actually showing affection and caring and protecting her from her troubles.

After knowing that, Chandra admired the way her mother is and made herself like her even more.

Nevertheless, we can hope that Chandra Wilson’s mom must be doing great for herself and must be living a great life with her children and grandchildren.