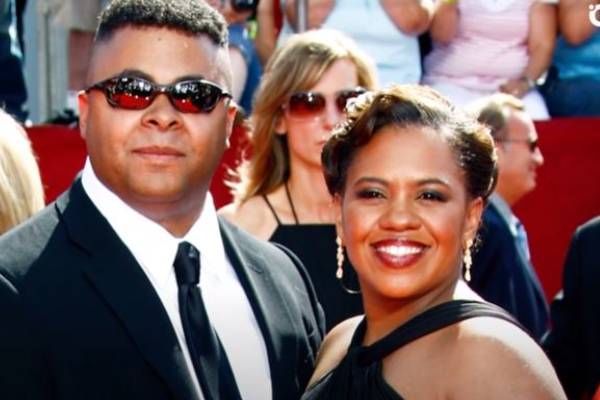 Chandra Wilson and her beau have been together for more than 30 years. Image Source: Social Media.

The beautiful actress has been with her partner for more than 30 years. In all these years of togetherness, Chandra and her partner welcomed two daughters and a son.

For now, let’s learn in detail about Grey’s Anatomy‘s star Chandra Wilson’s partner and his whereabouts.

They Have Been Together For A Long Time

Chandra Wilson is one of those actresses who have been with her partner for a long time. In an interview with Parade that was published in 2007, Chandra revealed that she and her partner had been together for 19 years at that time. Well, taking that as a reference, the pair began their relationship somewhere around 1988, and as of 2021, they have been together for 33 years.

Furthermore, in one of the posts from her daughter, Serena Wilson’s Instagram, we can see that she has got a ring on her finger. However, as mentioned earlier that she is a private person, it has not been revealed if they are married or are just engaged. Nevertheless, we can hope that their relationship stays strong forever.

Has Three Children With His Partner

As mentioned earlier, Chandra Wilson shares three children with her partner. She gave birth to their first daughter, Sarina McFarlane, on August 2, 1993.  Six years after her birth, Chandra gave birth to their second daughter, Joylin McFarlane or Joy Wilson. Furthermore, on October 31, 2005, the couple welcomed their youngest child, son, whom they named Michael Wilson.

Their eldest daughter, Sarina, also known as Serena Wilson, was diagnosed with Cyclic Vomiting Syndrome (CVS) when she was 15 years old. The disease randomly surfaced when she was 8 years old, and when she experienced nausea, crippling abdominal pain, and vomiting that would go on for four to five days, her parents took her to ER. The doctor could not identify her problem and ran several tests for nearly 10 months before being officially diagnosed with CVS.

Chandra and Serena have talked about the disease in several interviews. Similarly, the duo’s second daughter, Joy Wilson, studies Master of Science in Business Analytics at American University. She is in a relationship with Grant Fairman, whom she has been dating since 2015. However, much information about their son is yet to be revealed.

Nevertheless, Chandra Wilson’s partner must be taking good care of their children. Also, Wilson’s mother, Wilma Bradshaw Allen, must have been proud to see how good a father that her boyfriend has become.

While the fans know about Chandra’s on-screen husband in Grey’s Anatomy, Ben Warren (portrayed by Jason Winston George), they are curious to know who is that lucky guy she shares the relationship with outside the screen. Chandra is known to be one of those actresses who prefers to keep her private life away from the media and the limelight. Due to this, fans are left wondering who Chandra Wilson’s beau is.

However, Chandra Wilson’s boyfriend prefers a simple and private life without any media attention. While they attend several events together, Chandra has not revealed any information about his name, his job, or anything related to him. He also does not seem to have any social media presence.

His Partner Is A Famous Actress

Chandra Wilson’s other half must be fortunate to have a hardworking and successful partner like her. As mentioned above, she is a popular actress who mainly gained prominence for playing the role of Miranda Bailey in Grey’s Anatomy. For her role in the series, not only has she earned immense fame and fortune but also has accumulated numerous awards and accolades.

Besides Grey’s Anatomy, Wilson has also played different roles in television series like Law & Order, Station 19, Private Practice, The Sopranos, Queens Supreme, General Hospital, Accidental Friendship, and many others. Similarly, she has also starred in films like Christmas Harmony, Frankie and Alice, Head of State, Philadelphia, etc. Thus, all these roles have helped her become a successful actress with tremendous fame and fortune to her name.

Chandra Wilson’s beau seems to supportive of her profession and supports her in every way. The lovely pair must be living a comfortable and lavish life with their children. Summing up, we can hope to know more about Chandra’s baby daddy in the future.