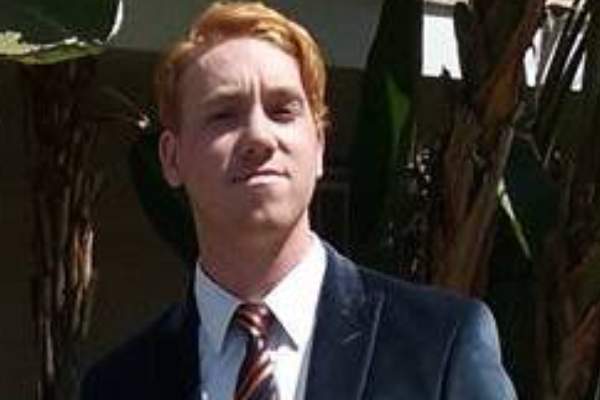 Scott Bakula is a renowned actor of American nationality. Born Scott Stewart Bakula in St. Louis, Missouri, he is known for his role as Sam Beckett on Quantum Leap. Having been actively pursuing an acting career since 1977, he has made a good name for himself in the industry. During his over four decades-long career, the actor passed through several ups and downs.

Away from the cameras and media, Scott is a loving husband and a proud father. He has been married twice, and he shares two children with each spouse. Among them, Cody Bakula is Scott Bakula’s son with his first wife, Krista Neumann. So now, let’s know what Cody is doing these days and see if he has followed in his dad’s footsteps. Stick with us till the end to find out.

Adopted Child Of His Parents

As per IMDb, Cody was born in 1991. Scott and Krista adopted him, making him the second child of the couple. Cody Bakula’s sister, Chelsy Bakula, is seven years older than him, born in 1984. She must have been ecstatic to welcome him.

Unfortunately, Cody Bakula’s parents got divorced in 1995. Their divorce settlement and proceedings have all been kept a secret. Nonetheless, following the separation, his mom and dad have moved on in their lives. While it is not known if Cody’s mother remarried, his father began dating Chelsea Field, whom he met in 1993 on the set of Passion Kill.

The couple tied the knot in 2009, fifteen years later. While the duo decided to get married late, they welcomed two children. Cody Bakula’s half-brothers, Wil Bakula, was born in December 1995 and Owen Bakula arrived in July 1999.

Nonetheless, Cody must be a loving elder brother to his half-siblings and a supportive younger brother to his sister. In addition, he must share a good bond with his stepmother. On the other hand, there’s no information about Cody Bakula’s birth parents. Nevertheless, he must have been loved growing up.

Cody attended Summit View and was a student of the Class of 2009 at Hamilton High School Academy of Music. Likewise, he also went to the Gemological Institute of America in the school year 2010 and studied Diamonds. He is now an artist and has forged varieties of jewelry.

Going through his Instagram, we can see Cody’s work making different types of pieces of jewelry. In August 2019, he shared a picture and captioned it, saying that was the first he was blacksmithing. Scott Bakula’s son seems to specialize in creating handmade jewelry, including copper and brass cross belt buckles.

Furthermore, as per Cody’s Facebook, he worked in Sales at Lucy Zarhan & Co. He even worked at American Conservation Experience. Well, he must be earning and making his living from his work and is likely succeeding in what he does.

Is Cody Seeing Anyone?

Scott Bakula’s baby boy came into the spotlight due to his association with him and is now making a name for himself in his respective profession. However, even after being famous, he has mastered the art of keeping things private. As a result, details of Cody’s love life remain a mystery.

However, Scott Bakula’s son once shared a few cozy pictures with a girl but did not reveal her name. So, it is not sure if she is Cody Bakula’s girlfriend. Let’s hope he reveals his other half soon.

All in all, Mr. Bakula must be doing well and living a good life. We look forward to knowing more about him in the coming days. Also, we hope he will have sound health and content days in the future.

Scott Bakula’s kid, Cody’s name came from a Gaelic boy name “Ó Cuidighthigh,” translating to “descendant of the helpful one.” Its meaning is “helpful person.”