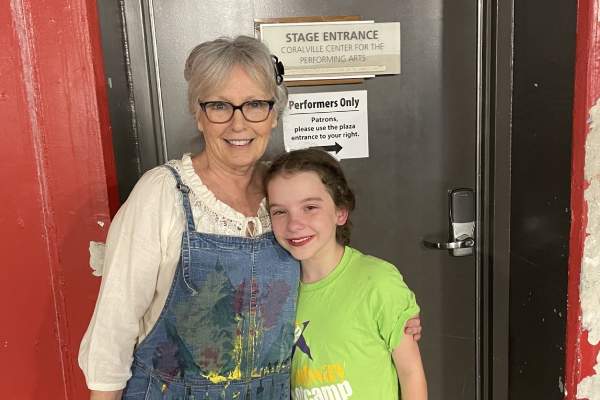 Scott Stewart Bakula, popularly known by his stage name, Scott Bakula, is an actor from St. Louis, Missouri. He has gained fame from his various roles, such as Sam Beckett on Quantum Leap and Captain Jonathan Archer on Star Trek: Enterprise, among others. In addition, he is the one who brought life to Special Agent Dwayne Cassius “King” Pride on NCIS: New Orleans.

Life is not always about success and happiness. Even the richest ones go through dark phases of their lives. Likewise, the actor has been married twice, and unfortunately, his first marriage could not last long. Many must be wondering what went wrong between him and his former spouse Krista Neumann. So, we present this article about Scott Bakula’s ex-wife, where we will explore the reason behind their separation.

Were Together On His Early Career Days

Scott and Krista tied the knot in 1981, and the former couple was together from the early days of his career. As per AmoMama, the ex-pair met on Broadway musicals, where Scott’s career started. They were together when the actor went from stage prodigy to sci-fi star. They spent a decade in the New York City theater scene and then moved to Los Angeles, where he booked new roles.

Neumann was on the side of Bakula when he earned a role as a regular on Quantum Leap. The ex-duo was supportive of one another, and Scott Bakula’s ex-wife often accompanied him to several events. In the following years, the former couple decided to extend their family.

In 1984, three years after their wedding, Scott’s former spouse gave birth to Chelsy Bakula. She is married to Robert Lee Gray, and the couple shares a son together. Likewise, in 1991, the former husband and wife adopted a son, Cody Bakula.

Cody is an artist, and his Instagram features several rock stones, metal, and other treasures. Unfortunately, the details of his love life remain a mystery. Nonetheless, Scott Bakula’s children with Krista must have had fun times growing up together.

After being married for 14 years, the former couple decided to part ways in 1995. Unfortunately, Scott’s newfound success and hectic schedule took some toll on their marriage, leading to it eventually falling apart. Since the estranged pair completed their divorce proceedings privately, not much is known about the settlements, including alimonies, child support, and custody. While not much is known about the process, Krista Neumann’s ex-husband once got candid about their separation.

In November 2015, the actor accepted some of the blame for their divorce. After moving to Los Angeles, he booked the lead role in Quantum Leap in 1988. While being a series regular was great, it also meant he used to spend less time at home for four and a half seasons. He recalled that working out his feelings about their relationship took him a long time.

In addition, Krista’s ex-hubby also revealed that he regrets missing out on time with their daughter, Chelsy. Now that he has learned a lesson, he has vowed to prioritize his family. He ensures he is home often and does not miss out on his kids’ milestones.

Following the divorce, Scott Bakula’s ex-spouse began living a low-key lifestyle away from the media. As a result, not much has been known about her love life. She has not been linked romantically over the years. So, it remains a mystery if she ever remarried.

On the other hand, Krista Neumann’s former hubby formed a happy family with his current wife. He shares a blissful marital life with Chelsea Field, whom he encountered for the first time in 1993 on the set of “Passion Kill.” The couple then dated for 15 years and finally tied the knot in 2009.

Prior to their marriage, the duo welcomed two children. Scott Bakula’s wife gave birth to their sons, Wil Bakula, in 1995 and Owen Bakula in 1999. This time, the actor has made sure he won’t repeat the same mistake. When he signed on to star in Star Trek: Enterprise, he put in his contract that he would be done at six every Wednesday so that he could be home for dinner.

Just like Bakula, Krista was also involved in the entertainment world, and that’s where they met. She went to Luther North High School. Likewise, she was a student at Carthage College, where she did BA in Speech and Theater.

As per her Facebook, Scott Bakula’s ex-wife worked at Theater and Annie-2nd National Tour. She is also known for her roles in Who’s the Boss? and Silver Spoons. Going through her FB, we can see that she has shared a few snippets of her performance, so who knows, she could still be performing in theaters.

Nevertheless, Krista must be in good health and doing well. We look forward to knowing more about her in the coming days. Also, we wish her sound health and content days.