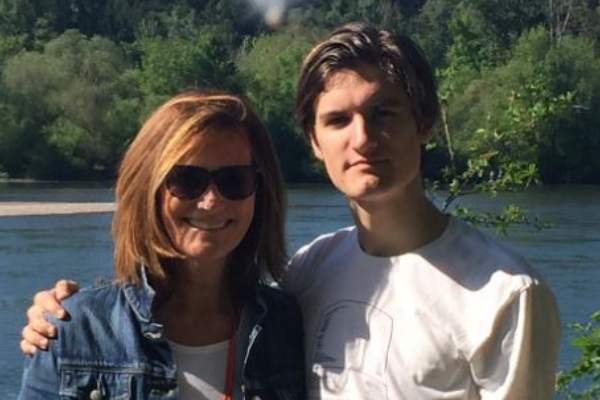 Scott Bakula, born Scott Stewart Bakula, is a well-known actor from America who has starred in several hit movies and series. Hailing from St. Louis, Missouri, Scott has made a good name for himself in the industry. Some of his popular roles are Special Agent Dwayne Cassius “King” Pride on NCIS: New Orleans, Sam Beckett on Quantum Leap, and Captain Jonathan Archer on Star Trek: Enterprise.

Scott is not only a successful actor, but he is also a family guy, and for him, his family comes first. Having been married twice, he is a proud papa to four lovely children who have already grown up. Owen Bakula is Scott Bakula’s son with his second wife, Chelsea Field. So, in today’s article, let’s know in detail about Owen.

The Youngest Of The Bakula Clan

Owen was born in July 1999 to Scott and Chelsea and is their youngest child. In December 1995, Owen Bakula’s brother, Wil Bakula, was born. He is now a musician and is working on his different brands.

While Owen Bakula’s parents have only two children, their dad shares two kids with his first wife, Krista Neumann. The former couple that shared marital life for fourteen years, welcomed Chelsy Bakula in 1984 and adopted Cody Bakula, who was born in 1991.

Furthermore, Owen Bakula’s father and mother tied the knot in 2009 after dating for 15 years. Their father prioritizes his family as his previous marriage failed because he could not give time to his two kids and former wife. Likewise, Scott Bakula’s youngest child must share a great bond with their half-siblings. They all must be doing well.

Scott Bakula’s Son Is A Dancer

The Bakula siblings grew up in an acting household since their dad and mom are actors. Fans likely assume they must be following in their parents’ footsteps and are actors. Well, not precisely acting, but they are all involved in the entertainment business in one way or another.

Scott Bakula’s son, Owen, is a dancer at Columbia City Ballet and has been a part of several ballet shows, including Dracula: Ballet With A Bite, Nightmare in Hollywood, Nutcracker, Romeo & Juliet, etc. Prior to that, they were part of the Louisville ballet company. Owen Bakula’s mom teaches jazz, and they also accompany her. They have performed in other events, including Lip Sync Battle, which is uploaded on the YouTube channel named Win Place Home.

Apart from being a fantastic dancer, Bakula Jr. is also a singer. In December 2019, Owen invited their followers on Instagram to come to see them sing in the event, “An Evening of Classic Broadway.” Actors and performers, including Jane A. Johnston, Garrett Clayton, Trent Mills, and the Bakula couple, graced the event.

Likewise, as per Mr. Bakula’s Instagram bio, they are a model and actor. In addition, they have modeled for several photographers. Overall, Owen seems to be doing well and has been part of different shows that have helped them gain more fame. Likewise, they must be earning well in their career.

Who Is Owen Bakula’s Partner?

Despite being in the limelight, Chelsea Field’s son has kept most of their personal life private. Their social media features most of their professional ventures. They have mastered the art of keeping things private. Therefore, Owen Bakula’s partner remains a mystery.

It could be either Bakula is protecting their other half’s privacy or might be focusing on their professional career. Nonetheless, let’s hope they talk about their personal life soon. They must be working hard to make a name for themselves in the industry, and with immense support from their parents, the day is not far when Owen becomes one of the successful dancers.

Hopefully, we will get to see Owen get to the top. We wish them more content days ahead.

Scott Bakula’s son, Owen’s name is of Welsh and Irish origin, and it means “noble, well-born, and youthful.”