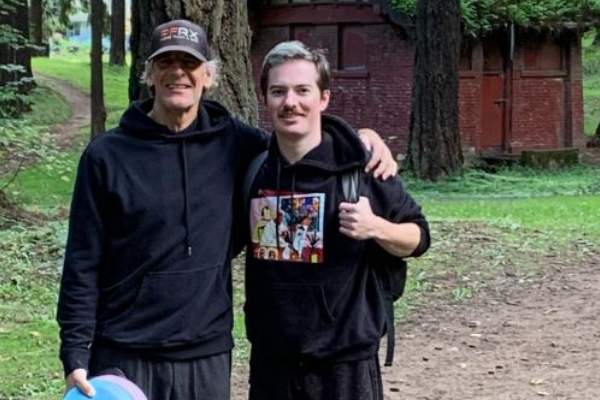 Any sci-fi television series fan needs no introduction to Scott Bakula. To those, who are unaware of who he is, Bakula is one of the most successful actors in America. Born Scott Stewart Bakula in St. Louis, Missouri, he has acted in several hit movies and series, recently in NCIS: New Orleans. He must have accumulated enormous fame and fortune to his name.

The talented actor is a married guy, and he shares a blissful conjugal life with Chelsea Field, who is also his second wife. Having been married twice, he is a proud father of four kids, one of them being Wil Bakula. Many fans of Scott are curious if his child is following in his footsteps. So, stick with us till the end of this article about Scott Bakula’s son to get all the details.

Third Child Of The Actor

Wil was born in December 1995 to Chelsea and Scott. He is the eldest child of his parents, and four years later, Wil Bakula’s brother, Owen Bakula, arrived in July 1999.

While Wil is the eldest kid of his parents, he is the third child of his dad. Before marrying his mother, Wil Bakula’s father was married to Krista Neumann from 1981 to 1995, i.e., fourteen years. In all those years of being together, they welcomed two children.

Wil Bakula’s half-sister, Chelsy Bakula, was born in 1984. Furthermore, his dad adopted a son, Cody Bakula, in 1991 with Krista. Scott Bakula’s kid must have a good relationship with them.

Has A Different Career Line Than His Dad

Scott Bakula’s son went to Loyola High School. After graduating high school, he attended Willamette University, from where he earned his degree in 2018. Though he has followed in his dad’s footsteps to the entertainment world, it’s a different career. While Scott has made a good name for himself in the acting industry, his baby boy is working hard in the music sector.

Wil is a part of several bands that he formed with his friends. One of them is Chromatic Colors, an Oregon-based band consisting of Wil on keys, Katy Ohsiek on vocals and guitar, Nick Burton on bass, and Justin Kiavongcharoen on drums. He, along with the band, have released several music videos along with Expectations, which he directed with videographer Isaac Turner.

Initially, Wil started the band as a solo project but eventually collaborated with Ohsiek. After they released an album, Nature/Nurture, he and other bandmates were unsure if the band would continue as few members had left the project. But he continued, and over time, Chromatic Colors worked on honing their sound.

The band even toured several places, so they must have earned considerably. However, it seems like they have disbanded since they do not post much on social media.

Another band that Wil is involved in is Foamboy, a Portland-based pop duo consisting of him and Katy Ohsiek, a vocalist. The duo worked together for many years on several other projects before releasing their debut pop album, My Sober Daydream, in 2021, which they had created a year earlier.

The album helped the duo earn recognition from KCRW, one of the Indie greats, along with Week in Pop, Consequence of Sound, and Flood Magazine. They have performed in several stages, such as Holocene and the Doug Fir. The pop duo has been working on several other projects, which they will release in the near future.

Scott Bakula’s baby boy seems to be doing well in his professional career. His parents must be proud of him and are extremely supportive of whatever he is doing.

Is He Seeing Anyone?

Nevertheless, let’s hope Wil finds his soulmate soon, or if he already has one, hopefully, he will reveal about his partner in the coming days. We wish him luck in his upcoming ventures. We hope to see him become a successful personality like his dad.

Having a British origin, the name Wil means “desiring peace or determined protector.”