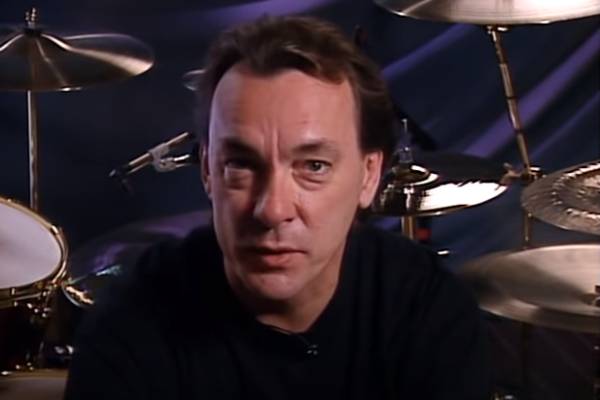 Selena Peart Taylor is mostly recognized as the eldest daughter of rock band Rush’s drummer, Neil Peart. However, she was the oldest and only child of the Canadian musician and his first wife, Jacqueline Taylor.

Due to her father’s fame, Selena was in the public eye since childhood. Therefore her tragic death was covered by major media companies. So, what was the reason behind Neil Peart’s daughter, Selena Taylor‘s death? Find out in this article.

Aforementioned, Selena Taylor was the oldest child of the Canadian musician, author, and songwriter. She was the daughter of Neil and his first wife, Jacqueline Taylor. Neil and Jackie had been together for more than two decades and welcomed their only kid early in their relationship.

Neil Peart’s daughter, Selena Taylor, was born on April 22, 1978, in Canada. Since she was the only child of the couple, Selena must have had a great childhood. Despite his fame, the Rush drummer was very private, so not much is known about his family life.

However, the Peart family came into the limelight after the tragic death of Selena Taylor.

Sadly, the Rush drummer lost his child, Selena, in an auto accident in Brighton, Ontario. Neil Peart’s little girl was involved in a single-car crash on Highway 401 on August 10, 1997. Her jeep reportedly rolled several times after on the highway killing her.

Selena Taylor was only 19 and was reportedly on her way to college at the time of her death. According to Grunge, Peart rode his motorbike and guided his daughter to a gas station in Ontario. And while Taylor did reach her destination, she died later in the day in the single-car incident.

After losing their child, Neil Peart and his then-wife, Jackie, were heartbroken and struggled to cope up with their grief. Moreover, Selena Taylor’s mother, Jacqueline, lost her battle with cancer only ten months later.

Losing his daughter and wife in the span of a year resulted in a hard time for the musician.

Neil Peart Traveled And Wrote A Book After The Tragedy

Aforementioned, after Selena’s death, Neil also lost his wife of 23-years to cancer. On the other hand, the musician took a long sabbatical from his career to mourn. He traveled throughout Central and North America on his motorcycle to reflect on his life.

Furthermore, Selena Taylor’s dad decided to document his emotional as well as the geographical journey through his words. He wrote the book Ghost Rider: Travels on the Healing Road as a way to deal with his loss and revealed many things about the aftermath of Selena’s death.

In the book, Neil Peart revealed that his wife, Jacqueline, was distressed over their daughter’s death and did not care about anything. He attributed her death as a result of a broken heart and even called it “a slow suicide by apathy.”

Moreover, Peart wrote that he told his Rush bandmates to consider him retired. But Neal dealt with his tragedy and came back to perform with them.

He also moved on with his life and got married to an amazing woman.

Aforementioned, Neil traveled around America after losing his wife and daughter. He then published a book about his journey and grief which was a commercial success. Then around two years after the death of Selena and her mom, photographer Andrew MacNaughtan introduced her dad to Carrie Nuttall. The pair formed a quick bond and started dating.

On September 9, 2000, Selena Taylor’s father, Neil, got married to Carrie in an intimate ceremony. The couple welcomed their only daughter, Olivia Louise Peart, in their marriage. Selena Taylor’s sister, Olivia, was born in 2009, more than a decade after she lost her life.

Tragedy struck the Peart family once again after Neil was diagnosed with brain cancer. The illness was a closely guarded secret and was only revealed after the drummer lost his battle to it on January 7th, 2020. His family only released the statement about his demise on January 10.

The news devastated fans and fellow musicians alike. People flocked to social media to offer their condolences and share their grief.

The feminine name, Selena, is of Greek origin and means “moon.”