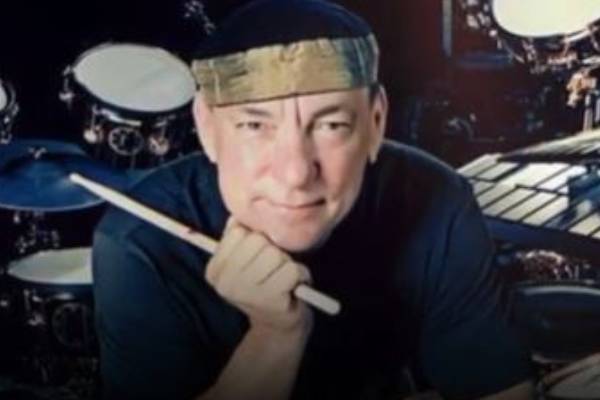 Jacqueline Taylor was the lovely wife of late musician Neil Peart. The duo was married for more than two decades and had even welcomed a daughter together.

Today, let’s learn about Neil Peart’s wife, Jacqueline Taylor, and the reason behind her death. Also, learn about her husband’s life after she passed away.

Was The Common Law Wife Of The Late Musician

As mentioned above, Jacqueline Taylor was the wife of Neil Peart. The duo was married for more than two decades. They had tied the knot in 1975, and she was his common-law wife. However, the pair never revealed anything about how they met and their dating history.

After exchanging the vows in 1975, the lovely pair were married for 23 years until Jacqueline Taylor’s death on June 20, 1998. In addition, in their two-decades-long togetherness, Neil and Jacqueline had welcomed a daughter.

Had A Daughter Together

As mentioned earlier, Peart and Taylor were together for 23 years until Taylor’s last breath. The couple also welcomed a daughter, Selena Peart Taylor. Neil Peart’s wife, Jacqueline, had given birth to their daughter, Selena Taylor, on April 22, 1978, in Canada.

Selena was the only child of the pair, so she must have had a great childhood. Sadly, Neil and his wife, Jacqueline, lost their baby, Selena, in a fatal car accident in Brighton, Ontario, on August 10, 1997. She was only 19 and was reportedly on her way to college when her jeep rolled several times, leaving her dead.

After losing their kid at such a young age, Jacqueline and her husband were heartbroken, and they struggled to cope up with their grief.

Neil Peart and his then-wife had a hard time coping with the grief of losing their daughter. And not even been a year since he lost his daughter to a car accident; Neil had to go through another huge loss. Ten months after Selena’s death, on June 20, 1998, Neil Peart’s then-wife, Jacqueline, succumbed to cancer.

Neil had a hard time after losing his wife and daughter in the span of a year. He even took a long break from his musical career to mourn. Furthermore, the late artist traveled on his motorcycle throughout Central and North America to reflect on his life. In addition, he documented his journey, both emotional and geographical, through his words.

This later turned to a book, which Jacqueline’s husband named Ghost Rider: Travels on the Healing Road. In the book, he revealed that Taylor was distressed over their kid’s death. He mentioned that she did not care about anything. In addition, he called her death “a slow suicide by apathy” and attributed it as a result of a broken heart.

Eventually, Neil dealt with his tragedy and began performing with his Rush bandmates. He gradually moved on with his life and remarried.

As stated above, Jacqueline Taylor’s spouse, Neil, dealt with his tragedy and got married to an amazing woman. Around one year after the death of Jacqueline and her daughter, photographer Andrew MacNaughtan introduced Neil to Carrie Nuttall, who was working as Andrew’s assistant.

After dating for a year, on September 9, 2000, Neil and Carrie exchanged the vows in Santa Barbara. They were married for twenty years until Peart’s last breath on the 7th of January, 2020.

In their two decades of togetherness, Jacqueline Taylor’s husband, Neil, and his second wife, Carrie, welcomed a daughter, Olivia Louise Peart. He even retired from his band in order to spend quality time with his second daughter, Olivia, who was born nine years after his second marriage. But sadly, the father-daughter pair only got to spend 10 years together.

More than two decades after Jacqueline’s death, her husband, Neil, lost his life due to an aggressive form of cancer, glioblastoma. The news of his death devasted his fans and followers, who crowded on social media to share their grief and offer their condolences.

Let’s hope Jackie Taylor, her daughter, Selena Taylor, and her husband, Neil, have all found peace.