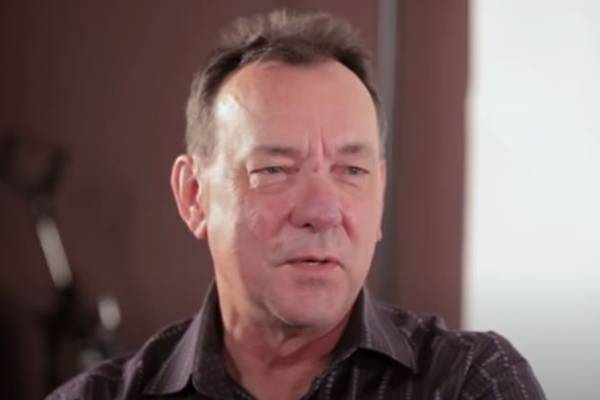 Olivia Louise Peart is the daughter of popular drummer Neil Peart and his wife, second Carrie Nuttall. She is the only child of the couple and is undoubtedly surrounded by love and affection.

Today, let’s take a look at how Neil Peart’s daughter with Carrie Nuttall, Olivia Louise Peart, is growing up. Also, learn about the tragedy her family faced before she was born.

Aforementioned, Olivia Louise Peart is the daughter of Rush drummer Neil Peart and his wife, Carrie Nuttall. Neil and Carrie were together since the early 2000s and welcomed her several years into their marriage.

Neil Peart’s daughter, Olivia, was born in 2009. He had announced his wife’s pregnancy in June 2009 in the article titled Under the Marine Layer on his website’s News, Weather, and Sports section. Peart revealed that his wife was pregnant with their first child together but did not go into details about when the due date was.

Moreover, Peart and Nuttall refrained from revealing Olivia’s exact date and time of her birth.

Lost Her Father At An Early Age

Olivia Louise Peart’s parents were very concerned about their privacy so, they rarely shared any updates about their lives. Therefore, it came as a surprise for everyone when it was announced that Neil Peart had died after battling an aggressive form of brain cancer, glioblastoma.

Neil Peart took his last breath on January 7, 2020, almost three and a half years after his initial cancer diagnosis. His daughter, Olivia, was only ten-year-old at the time of his death. Like most of his private life, Peart’s illness was also a closely guarded secret.

Losing a parent at such young age must have been tough for young Olivia. However, she is now in the care of her mother, Carrie, who must be providing her with lots of love.

As stated above, Olivia is the only child of her parents together. However, she had an older half-sibling from her father’s side. Louise Peart’s sister, Selena Taylor, was the daughter of her father and his first wife, Jacqueline Taylor. Neil and Jackie were together for more than two decades.

Despite having a half-sibling, Neil Peart’s daughter, Olivia, never got to meet her sister. Selena Peart Taylor was killed in a single-car accident in August 1997, almost 12 years before Olivia was born.

Moreover, Olivia’s dad suffered another loss a few months later, as his wife and Selena’s mom died of cancer. These tragic incidents affected Neil deeply, and he had to leave his band to heal.

Then a few years later, Peart met his second wife and Olivia Louise’s mother, Carrie, which helped him move on with his life. The birth of their daughter might have helped solidify Neil’s will to continue with his life.

Olivia Louise Peart’s dad, Neil, started his career in the music industry in the late 1960s. He spent more than four decades as the drummer of Rush before retiring from music in 2015. In an interview in the December of the year, Peart revealed that his daughter introduced him to her friends as a “retired drummer.”

Moreover, Neil added that he loved the sound of it, and hearing that did not pain him as he expected. He also stated that there has to be a time when anyone can take themselves out of the game. And the year 2015 was the time for him.

While Neil never explicitly stated the reason behind the retirement, it seems like his little girl, who must have been around 6 then, might have been a major factor. He must have wanted to spend his time looking after Olivia and watching her grow up.

Sadly only five years later, Neil Peart lost his battle to brain cancer. But, those years might have been among the best time of his life as he was there for his daughter every day.

Despite the hardships he faced in his life, Neil Peart managed to care for his youngest daughter for quite some time. And while we will never get to see the father-daughter duo together, let’s hope Olivia Louise Peart will come forward to honor Neil’s legacy in the future.