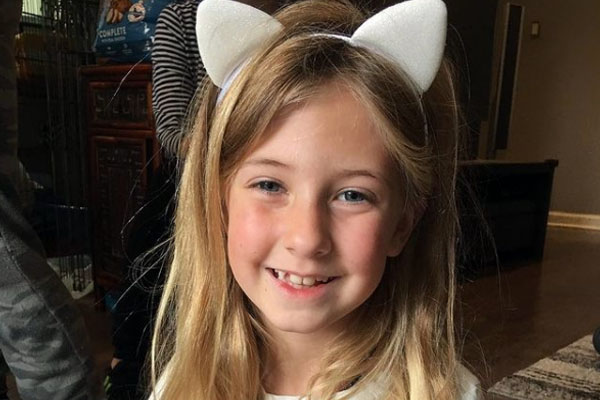 Ryan Ruby Mae Pritchard is the daughter of the famous American musician and singer Mike Dirnt with his long-time wife, Brittney Cade. Along with the rising fame of the notorious rock band Green Day‘s bassist Mike Dirnt, his little daughter, Ryan Ruby Mae, is also being a part of the excess media scrutiny.

So, here, let’s be familiar with Mike Dirnt’s daughter, Ryan Ruby Mae Pritchard, and know, how she is growing up as a well-known music personality’s child.

Ryan Ruby Mae Pritchard is the youngest child of bassist Mike Dirnt with his beloved wife, Brittney Cade. As announced by the Green Day band’s website, baby Ryan Ruby arrived on Monday, 29 November 2010. She weighed in at 7.6 lbs at the time of her birth.

The proud father, Mike Dirnt, also had notified the birth of his baby girl to TMZ. However, he denied revealing the newborn’s name at that time as he did not want people to google her name at that time.

Furthermore, the youngest member of Mike Dirnt’s family, Ryan Ruby, joined her big brother, Brixton Michael Pritchard, born on 11 October 2008. Ryan’s elder brother, Brixton, came into the life of her parents, Mike and Brittney when they were still planning to get married.

Reportedly, Ryan Ruby Mae’s parents, Mike Dirnt and Brittney Cade, took their wedding vows on 14 March 2009 in a private ceremony. It was the third marriage of her dad, Mike, while it was the first for her mom, Brittney.

Aforementioned, Ryan Ruby’s father, Mike Dirnt, stayed in a marital relationship with two women in the past before getting hooked with her mother, Brittney Cade. He was previously married to Sarah Garrity and Anastasia Serman.

Though Mike did not have any kids with his ex-wife, Sarah, he welcomed a daughter named Estelle Desiree Pritchard with his first spouse, Anastasia.

Ryan Ruby Mae’s half-sister, Estelle Desiree, came into this world on 20 December 1996. Though the two sisters from different mothers live geographically far from each other, they are emotionally close to one another. They love to meet each other and hang out together with their family during their holidays and other special occasions.

One of the rock band Green Day’s founding members, Mike Dirnt’s daughter, Ryan Ruby Mae, seems to live as normal of a life as possible at the moment. Currently, ten and a half years old Ryan often appears on her parents’ social media handles having fun with her family.

However, her mom and dad make sure they do not reveal her personal details. It’s because they prefer to protect Ryan’s childhood, her innocence, and her privacy.

Moreover, despite being born to a rich and famous family, Ryan Ruby is growing up learning to appreciate other people’s lives and every little thing in her life. She and her siblings are already involving themselves in humanitarian works.

Ryan also helps her parents as much as she can from her side to make people aware of various social issues and collect money to donate to different charities.

So, for now, cheerful and generous Ryan Ruby Mae lives a normal life just like ordinary people. We hope she will grow up to enjoy a successful career in her own right.

Moreover, the girl’s name, Mae, is of English origin, which means bitter or pearl.