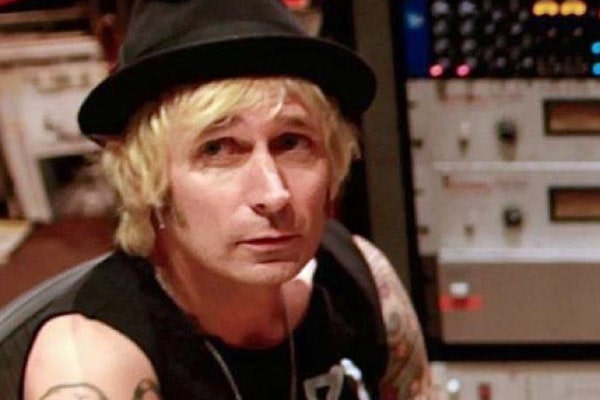 Sarah Garrity is the second wife of the famous American musician Mike Dirnt. Mainly recognized as one of the founding members and the bassist of the rock band Green Day, Mike remained in a marital relationship with Garrity for less than a year.

Though Mike Dirnt is currently in a marital bond with Brittney Cade, his fans are still eager to know about his former spouse, Sarah. So, here, we will be talking about Mike Dirnt’s ex-wife, Sarah Garrity, and the reasons behind the end of their marriage.

Married To Mike Dirnt For Nearly A Year Only

The legendary Green Day bassist, Mike Dirnt, took his wedding vows with his then-girlfriend, Sarah Garrity, at the beginning of 2004. Reportedly, they exchanged their marital vows in a private villa in Puerto Vallarta, Mexico. However, their relationship started to fade soon after their marriage, and as a result, they divorced the same year.

According to various online sources, Mike Dirnt could not give his then-wife, Sarah Garrity, enough time, as he was too busy working on American Idiot. During an interview, Dirnt said that his ex-wife, Sarah told him that she was going to leave him the same day he and his bandmates finished American Idiot.

So, for Mike Dirnt, the release of his band’s seventh studio album, American Idiot, was both a blessing and emotionally exhausting at the same time. It was awesome and awful for him. According to Dirnt, when he and his band members were mastering the record, he was crying the whole time.

As mentioned above, Mike Dirnt was in a marital relationship with Sarah Garrity for nearly a year only. Therefore, they did not welcome any kids when they were together.

However, Mike Dirnt has three kids from two different marriages other than Sarah Garrity. He has a daughter named Estelle Desiree Pritchard, whom he welcomed with his first wife, Anastasia Serman, on 20 December 1996. Similarly, he has a daughter, Ryan Ruby Mae Pritchard, and a son, Brixton Michael Pritchard, with his current wife, Brittney Cade, whom he wed in 2009.

Furthermore, talking about Mike Dirnt’s ex-wife, Sarah Garrity, she totally vanished from the limelight after her divorce from Dirnt. So, it is still puzzling if she moved on with another man and has children with him or currently living a single life.

As mentioned above, musician Mike Dirnt’s ex-beau, Sarah Garrity, vanished from the reach of the prying eyes of the media after her divorce from Dirnt in 2004. Probably, she does not want any unnecessary media dramas in her life being linked with her famed former husband.

So, it looks like Garrity is not available on social media handles. If she has any social networking account also, it’s entirely far from the reach of media people.

Nevertheless, we hope Mike Dirnt’s ex-wife Sarah Garrity lives a peaceful life somewhere around the world at the moment. Hopefully, she has got a life partner who gives her enough time and keeps her on his priority list.

We wish we could gather more information about Garrity and update them to you all.