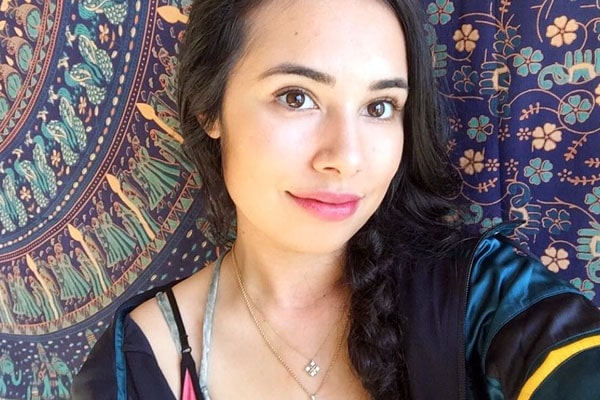 Estelle Desiree Pritchard is the child of the American singer, musician, and songwriter, Michael Pritchard, best recognized by his stage name, Mike Dirnt. Mainly famous for being the co-founder and bassist of the American rock band Green Day, Mike Dirnt welcomed Estelle with his ex-wife, Anastasia Serman.

Here, let’s get a closer look at the life of Mike Dirnt’s daughter, Estelle Desiree, who is all grown-up in the present.

Only Child Of Mike Dirnt And Anastasia Serman

Estelle Desiree is the only child of Green Day’s bassist Mike with his former wife, Anastasia Serman. Reportedly, Anastasia gave birth to Mike Dirnt’s daughter, Estelle Desiree, on 20 December 1996, the same year of their marriage.

The arrival of Estelle Desiree in Mike and Anastasia’s life strengthened their marital life in the initial years. However, it did not last long as Estelle’s parents separated officially three years after her birth in 1999. Though her mom and dad divorced, the former pair remained good friends and co-parented her for some years.

According to various online sources, Mike Dirnt won full custody of his daughter, Estelle Desiree, in the summer of 2008. Ever since then, his little girl lives in Oakland with him and his new family.

Mike Dirnt’s daughter, Estelle Desiree, is the oldest sister to her dad’s two more kids from his current wife, Brittney Cade. In addition, she has a half-brother named Brixton Michael Pritchard, born on 11 October 2008. Similarly, Estelle has a cute half-sister, Ryan Ruby Mae Pritchard, who was born on 29 November 2010.

Estelle Desiree is very close with both of her half-siblings, Brix and Ryan, and her stepmother, Brittney Cade. We can often spot her hanging out with her younger siblings and her caring stepmom, Brittney, on her and her dad’s social media accounts.

Talking about Estelle’s mom, Anastasia, she prefers to stay far from the reach of media scrutiny. So, it is still a secret if she moved on with another man after the divorce from Mike Dirnt and had kids with him or is still single at the moment.

Mike Dirnt’s Daughter Is An Animal And Nature Lover

Musician Mike Dirnt’s daughter, Estelle Desiree, is an Instagram star with nearly 5K followers as of July 2021. Going through her Instagram page, it looks like she is an avid nature and animal lover. Estelle’s Instagram page suggests that she is a vegan and supports nature conservation for animals.

Moreover, she also loves mentioning herself as a mama of three, including her two pet rabbits and a dog.

Besides, the beautiful and bold daughter of Mike Dirnt, Estelle Desiree, enjoys outdoor activities. She often shares snaps with her friends traveling to various attractive destinations on her social networking handle. Most of the time, Estelle posts her pictures clicked at places filled with natural beauty.

Nevertheless, Estelle Desiree currently lives a life full of adventures and good memories. Hopefully, we might get to learn more about her in the near future.