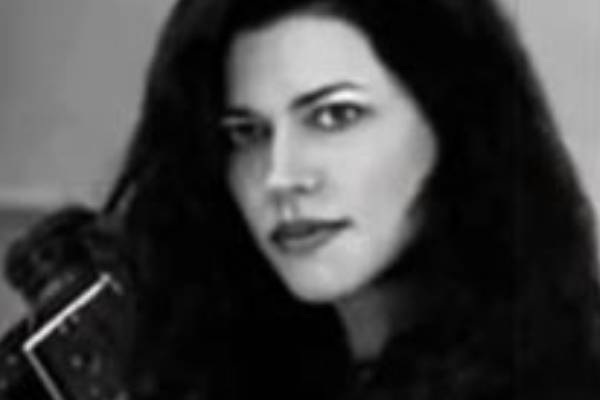 Neil Peart and Carrie Nuttall were together for two decades until his death in 2020. Image Source: Social Media.

Carrie Nuttall is the lovely wife of late Canadian musician Neil Peart. The duo was married for several years and had even welcomed a daughter together.

Today, let’s learn what Neil Peart’s wife, Carrie Nuttall, is doing these days. Also, learn about the tragedy that her husband had faced before marrying her.

Were Married Until Neil’s Demise

As mentioned earlier, Carrie Nuttall is the wife of the late musician Neil Peart. The pair were married for two decades. Andrew MacNaughtan, the photographer of the band Rush, had introduced them in 1999 when Carrie was working as his photography assistant. He had sent few test polaroids of hers to Neil.

Andrew even arranged a double date for them. Carrie and Neil dated for a year and tied the knot on September 9, 2000, in Santa Barbara. At their wedding, MacNaughan even gave a short speech as the couple’s benefactor.

The lovely pair of Neil Peart and Carrie Nuttall were married for two decades until Neil’s last breath on January 7, 2020.

Is The Doting Mother Of A Daughter

In their two decades of togetherness, Carrie and Neil welcomed a daughter together. Nine years after their marriage, Neil Peart’s wife gave birth to their daughter, Olivia Louise Peart. In June 2009, Carrie’s husband had announced her pregnancy in an article named Under the Marine Layer, which he had published on his website’s News, Weather, and Sports section.

However, Carrie and Neil did not reveal anything about their daughter’s exact time and date of her birth. Sadly, when Olivia was only ten years old, she lost her father due to an aggressive form of brain cancer, glioblastoma.

While he was alive, Carrie Nuttall’s husband retired from his band Rush to spend quality time with Olivia. He was there for her every day and managed to care for her for quite some time.

Neil Peart’s Wife Is A Photographer

Neil Peart’s spouse, Carrie Nuttall, is a photographer based in LA. She works primarily in the music and entertainment industry. As mentioned earlier, before meeting Neil, she worked as a photography assistant to Andrew Macnaughtan.

Furthermore, Carrie published a portrait book, Rhythm and Light, in 2005. The book consisted of intimate pictures of her husband, Neil, in the recording studio. The book received good reviews and was loved by several of his fans.

Although Neil is the first husband of Carrie Nuttall, she is not his first wife. Before meeting her, Peart was married to Jacqueline Taylor. The pair of Carrie and Jacqueline had been together for more than two decades. In their 23-years of togetherness, Neil’s first wife, Jacqueline, gave birth to their daughter, Selena Peart Taylor, on April 22, 1978.

Sadly, Carrie Nuttall’s husband, Neil Peart, lost his first child, Selena Taylor, on August 10, 1997, when she was 19 years old. She was involved in a deadly car accident in Brighton, Ontario.

Moreover, Carrie’s partner suffered another loss only ten months after Selena’s death. On June 20, 1998, he lost his first wife, Jacqueline, to cancer. Losing his wife and daughter in the span of a year was hard for him, and as a result, he took a long sabbatical from his career to mourn.

Neil traveled throughout North and Central America on his motorcycle. Furthermore, he documented his emotional and geographical journey through his words, which later turned to the book named Ghost Rider: Travel on the Healing Road.

Then, a few years later, Neil met Carrie. She helped him move on in his life, and the pair eventually got married.

Carrie Nuttall has gained immense fame and popularity as the late songwriter and musician Neil Peart’s wife. Despite the fame, Nuttall is a very private person. Apart from the few public appearances with her late husband, she loves a life away from the media and the spotlight. She does not seem to have any social media profiles.

While we will never get to see the couple together again, we can hope that Carrie Nuttall will raise her daughter with great love and care.