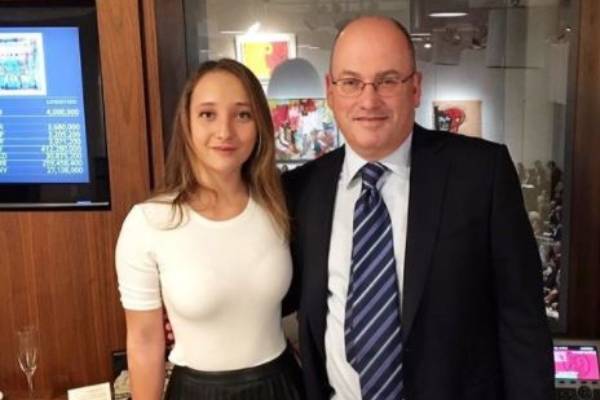 Steve Cohen is best-known as the owner of the Major League Baseball team, the New York Mets. The American hedge fund manager has established himself as one of the most successful but controversial individuals in the business world. This has led to speculations regarding Cohen’s personal life which he has kept private for years.

Mostly, people who are fascinated with the New York native want to learn more about Steve aka Steven A. Cohen‘s kids who are set to inherit his business empire. So, here is everything you need to know about Steve Cohen’s children.

Steve Cohen might be a bit private regarding his personal life, but it is no secret that he has been married twice. He first tied the knot with Patricia Finke, aka Patricia Cohen, in 1979. The pair were together for more than a decade and divorced in 1990. The former couple had first filed the papers in 1988.

The former couple welcomed two kids during their eleven years as a husband-wife duo. However, due to their penchant for privacy, the names and identities of Steve Cohen’s children are a big mystery.

The eldest two Cohen siblings reportedly grew up in New York as their parents owned a massive apartment on East End Avenue. As per New York Magazine, while Steve was building his business, Patricia stayed at home and raised their kids.

The oldest kids of Steve Cohen are grown-ups now and must have lived their life comfortably. While there is no information regarding their professional history, we can assume that Cohen’s children might be helping run his business.

Has Four Kids With Second Wife

Shortly after divorcing his first wife, Patricia Finke, in 1990, Steve Cohen met Alexandra Garcia. They reportedly met through a dating service, and Alex was sure about the relationship. On the other hand, Steve was still hurt from his divorce, so he took some convincing.

The couple then made it official and went on to welcome four kids to the family. All of the pair’s kids have grown up away from the spotlight, so when and where they were born is unclear.

However, while combing through Alexandra’s Instagram, we found that one of her kids is named Sophia Cohen. She is involved in the art business. Sophia must have inherited her love for art from her dad, who is an art collector.

Moreover, long before she met Steve, Alexandra Cohen had already given birth to a child. Whether Cohen officially adopted Garcia’s first kid is unclear, but his Forbes profile states that he has seven children.

So, it is clear that Cohen plays a big part in his wife’s first child, and the couple raised all five of their kids in a loving environment.

Cohen’s Kids Grew Up In Luxury

Aforementioned, Steve Cohen and his first wife used to live in New York and raised their children there. Then in 1998, Steve and his current wife, Alexandra, purchased a 35,000-sq-ft house for $14 million in Greenwich, Connecticut. And it seems like Steve’s kids with Alex grew up in this massive mansion.

With more than $16 billion worth of fortune to his name, it is no surprise that Steve Cohen’s children are enjoying a lavish lifestyle. In addition, Cohen has established a successful hedge fund business. And also, he has been the majority owner of the New York Mets since 2020.

Even though their father has found immense fame, Cohen’s kids have chosen to stay away from the spotlight. But let’s hope we will get to be familiar with the ones who might inherit the Mets’ owner’s fortune.

Will Steve Cohen’s Children Take Over His Businesses?

As of October 2021, Steve Cohen has a net worth of $16 billion, according to Forbes. And people wonder who will inherit his businesses when Cohen decides to step back from it.

Mostly, the New York Mets fans are eager to know who will take charge of the team if Steve wants to stay away from the day-to-day business. And since baseball teams have mostly become a family inheritance, many think that Cohen’s children might be gearing up to take over him.

However, to this day, Steve has not introduced his kids to the world. So, it is unclear if the younger generation of the Cohen family has already planned to follow in their dad’s footsteps.

Nonetheless, we hope that Steve Cohen’s children will come forward in the coming days.