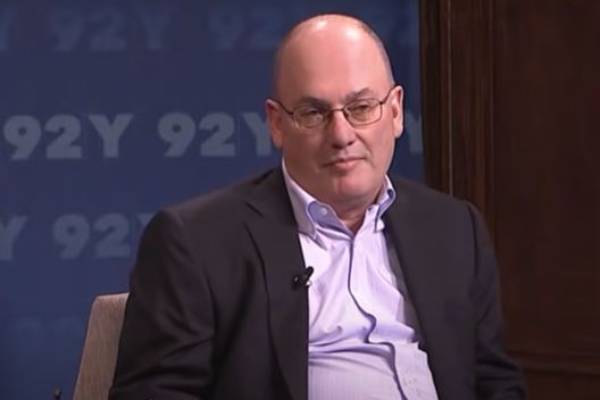 Steven A. Cohen was married to Patricia Cohen for more than a decade. Image Source: Social Media.

Steven A. Cohen, aka Steve Cohen, has been in the spotlight for many years for various reasons. But, while his billionaire status and New York Mets purchase have helped him gain positive reception, other factors have painted him in a negative light. And one of the factors is Steve’s long legal battle with his ex-wife, Patricia Finke.

So, what were the reason behind the former couple’s divorce and the subsequent legal troubles? Let’s find out all about it today and also see what Steven A. Cohen’s ex-wife, Patricia Cohen, is doing now.

Got Married To Steve In Her 20s

Steven A. Cohen first met his ex-wife Patricia when he was just 22 and a trader on Wall Street. Finke, who was four years older, was not really sure about young Cohen but was impressed by his confidence.

The hedge fund manager continued to impress the beautiful Patricia, and three days later, the pair started dating. And apparently, in six months, Steve and Patricia got married in 1979.

Not much has been revealed about the couple’s wedding day. Nonetheless, the loved-up couple must have been very happy on their big day.

Finke, who comes from a broken family, wanted a perfect relationship, and she got it for the first few years. However, as Steve’s professional career started rising, his personal life suffered from the consequences.

According to NY Magazine, Patricia reportedly tried to keep the family together and asked Cohen to keep the family first. She apparently pressed Steve to change but did not realize that his ambition to succeed would be important to him.

As a result, the Cohen couple’s relationship deteriorated, and they ended their marriage. The ex-pair’s divorce was finalized in 1990, but their story had not ended yet.

While Steve and Patricia’s marriage did not have a happy ending, they were blessed with two kids. Steven A. Cohen’s ex-wife gave birth to their first child around thirteen months after their wedding. The ex-pair then welcomed another kid a few years later, who completed their family.

The first few years were a good time for the Cohen family. However, the subsequent years were difficult due to Steve and Patricia’s failed marriage and legal troubles. Moreover, the Cohen siblings grew up in complete secrecy so, details about their childhood are a mystery.

Also, Steve Cohen moved on with his life and got married to his current wife, Alexandra Cohen. And the Cohen pair has welcomed five more kids during the marriage.

Steve also helped raise Alexandra’s child from her previous relationship. And at one point, it was reported that Cohen lived in Connecticut with his wife, Alex, and the seven children.

Aforementioned, Steve and Patricia’s divorce was finalized in 1990. And in the settlement, Finke received $1 million in cash and also the East End Avenue apartment where the Cohen family previously lived. At the time, Cohen revealed that he was worth $16.9 million and later wrote off $8.75 million of that as a bad investment.

Moreover, as per NYMag, Steven agreed to pay his ex-wife $3.7K in monthly support covering child and household costs. Later, in 1991, Patricia returned to the court stating that she was virtually penniless. Then a year later, Cohen raised his monthly contribution to $10K. He also increased the amount to $16,000 in 1996 and then paid $18K in child support from 2000 to 2003.

Then in late 2009, Patricia filed a lawsuit against her ex-husband, stating that he had hidden assets during their divorce proceedings. The lawsuit also accused Steve of committing fraud, lying under oath, and most shockingly, of insider trading. Finke also attested that she was entitled to half of the $5.5 million she accused her ex-spouse of hiding.

However, the lawsuit was dismissed because Steven A. Cohen’s ex-wife’s lawyer quit. As a result, she filed for the second time, which also ended the same as the first one. Patricia tried for the third time in July 2010 and asked for $2.75 million. In her second lawsuit, she had asked for $300 million and a substantial if not controlling stake in her ex-husband’s hedge fund.

The case continued for years, with both parties alleging the other of various issues. At one point, the case was ruled as a family dispute, and the racketeering claims were dismissed in 2014. Then two years later, the whole case was dismissed by a federal judge in Manhattan district court.

The dismissal of the case put on hold the long and tiresome legal battle between Steve A. Cohen and his ex-wife, Patricia Cohen. But who knows, the ex-pair might be embroiled in another battle in the coming days.

Where Is Steven A. Cohen’s Ex-wife Now?

As stated above, Patricia Finke’s ex-husband, Steve, moved on with his life after their divorce. And while Cohen has married and welcomed several kids, it is unclear if Patricia has found love again. Moreover, Finke has kept a low profile after her divorce and has not revealed much about her professional and personal details.

Before marrying the New York Mets owner, Patricia worked at a publishing company and was interested in literature. So, she might have joined the field of literature again to provide for her kids. While no further information regarding Steven A. Cohen’s ex-wife has been released, we hope she is doing well in her life.