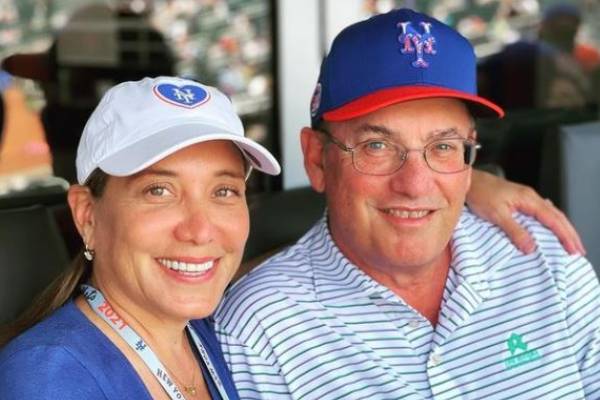 Steven A. Cohen, aka Steve Cohen, is the owner of the Major League Baseball team, New York Mets. Cohen is also a well-known hedge fund manager who has been in the business for several years. But not only Steve himself, his family, including his wife, Alexandra, is also in the spotlight for various reasons.

So, today let’s look into the life of Steven A. Cohen’s wife, Alexandra Cohen, and get to know her better.

Has Been Married To Steve Since the 1990s

Steve Cohen and Alexandra Garcia met for the first time in 1991 through a dating service. Alexandra, who is of Puerto Rican descent, thought that he was a perfect man for her. On the other hand, Cohen was still reeling from his divorce from his first wife, Patricia Finke aka Patricia Cohen, so he was unsure.

However, the couple started dating soon after, and a year later, they got married. Steve and Alexandra are quite private about their relationship, so where they tied the knot is unclear. Nevertheless, the pair’s wedding ceremony must have been amazing, with Steve being one of the richest men in the world.

Is A Mother Of Five

Even before Steven A. Cohen’s wife met him, she was already a mother of one. She was raising her kid as a single mother, and after tying the knot with the Mets’ owner, Alex welcomed four more children. Together, the Cohen couple raised their kids in complete privacy.

When most of their kids were young, Steve and his wife lived in Greenwich, Connecticut. They had purchased a 35,000-sq-ft mansion for $14 million and reportedly raised their children there. In addition to her five children, Alexandra also helped raise Steve’s two kids from his previous marriage.

Moreover, all of the Cohen kids are grown up now, and one of the couple’s daughters, Sophia Cohen, is involved in the art business. And this is no surprise because Steve himself is an art collector.

Apart from Sophia, other Cohen siblings have chosen to stay away from the spotlight. So what Alexandra Cohen’s children are doing now is a mystery.

Steven A. Cohen’s Wife Is The President Of Their Joint Foundation

After being married for around a decade, Steve Cohen and his wife, Alex, established the Steven & Alexandra Cohen Foundation in 2001. As per their website, Alexandra is the inspiration behind the foundation and also serves as the president there.

Having been born in Harlem and grown up in Washington Heights, Garcia knows the importance of giving back to society. So, she has focused on providing financial support to the community and families.

The Steven & Alexandra Cohen Foundation has made a $500,000 donation to the Queens-based River Fund New York, which works to feed impoverished families.

The Steven & Alexandra Cohen Foundation has donated $500,000 to the RIVER FUND New York in honor of the re-launch of the Mets Foundation and their ties to the Queens community.

The donation will help the charity to continue feeding more than 33,000 families 🙌 pic.twitter.com/5KBfzLcKtj

In addition to the couple’s joint charitable organization, Alexandra is also the president of the New York Mets’ foundation. She oversees the Amazin’ Mets Foundation, which is committed to providing services and opportunities to children, neighborhoods, and communities.

Alexandra Cohen’s dedication to helping the community has impressed the Mets’ fans. Moreover, she has also been listed among the 50 Most Powerful Women in US Philanthropy. This shows the generous heart Steve’s wife possesses.

Furthermore, before getting married to Steve Cohen and venturing into philanthropy, Alexandra Cohen worked in the financial industry. She had studied communications at Manhattan College and then worked for various organizations for years.

Alexandra also volunteered as a board member for The Governors’ Residence Conservancy from 2011 to 2016. She was also a member of the Dean’s Council at NYU’s Tisch School of the Arts and the Bob Woodruff Honorary Leadership Council.

Steve Cohen managed to purchase the majority stake of the New York Mets in 2020. But his wife, Alexandra, had been a big fan of the team for several years. Alex addresses herself as a life-long Mets fan and proves it by attending many of the games.

Furthermore, Alexandra’s Instagram bio states that she is a No.1 fan of the Mets fan. She loves to interact with the Mets fan and wants to know about their experience.

Alexandra Cohen has been the face of the New York Mets since her husband purchased it in 2020. However, she has remained tight-lipped about her life. So let’s hope we will get to know more about Steven A. Cohen’s wife in the coming days.