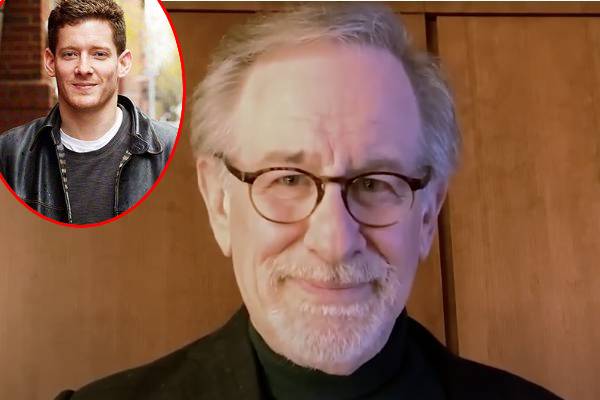 Steven Spielberg is counted among the most commercially successful directors in Hollywood. In almost four decades-long career, he has directed some of the greatest movies of all time, including Jurassic Park (1993), The Shark Is Still Working (2006), and West Side Story (2021). The Jurassic Park director is also a three-time Academy Awards winner.

Is Second Child Of His Parents

Sawyer Avery Spielberg, also known as Sawyer Spielberg, was born as the second biological child of Steven Spielberg and Kate Capshaw on March 10, 1992. His parents tied the knot back in 1991 and are still happily together with each other.

Steven Spielberg’s kid, Sawyer was born and raised in Los Angeles, California, into a star-studded family. As already mentioned, his father is one of the greatest directors in Hollywood, while his mother is an actress. Sawyer’s mom was active between the years 1981 to 2001.

Is An Actor And Director

After graduating from high school, Steven Spielberg’s son studied acting at the Atlantic Theater Company in New York City. He seems to have a big ambition to become a successful actor and director like his father.

Kate and Steven’s son began his career as a production assistant with the movie Indiana Jones And The Kingdom Of The Crystal Skull in 2008. Later, he appeared in many TV series and movies, including The Post (2017), Red Band Society (2014), and Someday This Pain Will Be Useful To You (2011).

Furthermore, Sawyer Spielberg finally made a mark in Hollywood with his first lead role in a movie directed by Devereux Milburn, “Honeydew.” The horror film was released in 2020 and grossed over $32.8K.

In addition to that, the actor also has one directing credit for the short video Breathe (2016). The video was a poetic short, which was shot entirely on an iPhone 6.

The Breathe director seems to be into theatre plays as well. Sawyer Spielberg’s theatre credits include Peter Van Daan, Extinction, and Yvan. Nonetheless, as he has now gained attention with his lead role, we can be assured that he will achieve a lot in his career.

Aforementioned, Sawyer’s dad is one of the most successful individuals in Hollywood. Steven Spielberg has a fortune of $8  billion.

Has An Entire Bunch Of Siblings

The talented actor and director has six siblings, including two half-siblings, two adopted siblings, and two own siblings. As a result of his parents’ marriage with multiple partners, he is a part of Spielberg’s bunch. His father’s first marriage was with actress and singer Amy Irving and the pair divorced in 1989. Then, Sawyer’s father married his mom, Kate Capshaw, in 1991.

Sawyer Spielberg’s siblings include his elder half-sister, Jessica Capshaw. She is the only daughter of Kate Capshaw, and her ex-husband Robert Capshaw. Moreover, his elder half-brother Max Spielberg was born through his dad and his step-mother, Amy Irving.

All of the Spielberg siblings share a close bond.

As for his love life, the emerging actor is married to American actress Raye Levine. Sawyer Spielberg’s wife, Raye Levine Spielberg has performed in several movies and series, including The Velvet Hammer (2011) and The Great Pretender (2018).

The Afterglow actor is keeping his marriage information confidential. He must love to keep his personal life out of the spotlight and focus on his career and goal. We wish him more success and happy married life ahead.

Sawyer is a name of English origin with the meaning “Woodcutter.” On the other hand, Avery means “ruler of elves.” Hence, Sawyer Avery together would mean “A woodcutter who is the ruler of elves.”