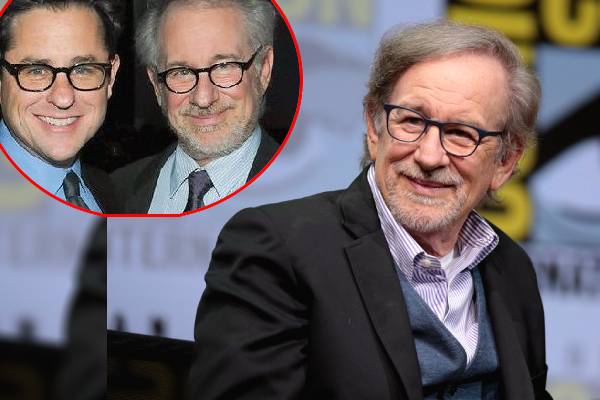 Steven Spielberg's son Max Spielberg is his only child from his first marriage with Amy Irving. Image Source: Flickr.

Steven Allan Spielberg, aka Steven Spielberg, is a renowned name in Hollywood. He is an American film director, producer, and screenwriter. After starting his career in the New Hollywood era, he has successfully established himself as the most commercially successful director of all time.

Apart from being the best director, Steven is a proud father of seven. As a result, everyone is curious about the life and career of children of the renowned director. Thus, today let’s explore the personal and professional life of one the Steven Spielberg’s sons, Max Spielberg.

Only Child Of His Parents

Max Spielberg, born Max Samuel Spielberg, is the child of the famous director and producer Steven Spielberg and actress and singer, Amy Irving. His mother and father got married in 1985 and welcomed him as their first and only child together in the same year.

However, after sharing just four years of their marital life, Max Spielberg’s parents divorced in 1989. Both his mom, Amy, and dad, Steven shared custody of him. Hence, he must have spent his childhood bouncing between both houses.

Max is also the grandchild of Arnold Spielberg, an American electrical engineer. His maternal grandparents, Priscilla Pointer and Jules Irving are both Hollywood celebrities. In addition to that, he is also a loving nephew of Anne Spielberg, who is a producer and writer.

Has A Bunch of Half Siblings

Aforementioned, Max Spielberg’s parents were only together for a few years. Then they moved on with their respective lives and tied the knot with various partners. As a result, Steven Spielberg’s son has a bunch of half-siblings, to be precise he has seven.

Although Max is the firstborn of his father, he isn’t the eldest child of the Spielberg bunch. Jessica Capshaw, Steven’s stepdaughter is the eldest among the Spielberg siblings. Steven Spielberg’s current wife, Kate Capshaw, had Jessica with her ex-husband Robert Capshaw, a businessman. She is pursuing her career as an actress.

On the other hand, Theo Spielberg, Max’s younger brother, was adopted by his stepmother, Kate before she tied the knot with his father. But after the marriage, their dad adopted Theo as his own child. Theo has entered the entertainment industry with his work on the crew for Saturday Night Live between the year 2014 to 2016.

Max Spielberg’s half-sister, Mikaela Spielberg has not followed the same path as other members. She is producing solo adult films. Moreover, Sasha Spielberg is the first biological child of Steven and Kate. She is famous as an actress and musician and is currently engaged to Harry McNally.

Sawyer Spielberg and Destry Spielberg are the last two children of Max’s father and his stepmom. Sawyer is pursuing his career as an actor while Destry seems to be interested in the modeling field. The Spielberg siblings all share a close bond and can be seen together on multiple occasions.

Is Following In His Father’s Footsteps

Steven Spielberg has a star-studded family, as almost all the members are in the entertainment industry. Thus, Steven’s son Max must have been influenced by the playground filled with all these individuals.

As per his IMDb profile, Max is involved in many areas such as the art department, cinematography, and even acting. He also has one director credit. He is also known for his work as a graphic designer for video games like Battlefield 1, Assassin’s Creed: Unity, Jurassic Park: Trespasser.

As stated above, Max must have been influenced by his surrounding to pursue a career in the entertainment world. Well, we wish to see more of his excellent work in the coming days and hope he finds success in his career.

Max Spielberg attended the University of California, Los Angeles. Well, it has been ages since he graduated from the university, he is already at the age to start his own family. But the information regarding his girlfriend and personal life is still confidential.

However, anyone who would be Max Spielberg’s partner will be a fortunate one. We would love to hear the good news regarding his personal life soon.

Nonetheless, Steven Spielberg’s son Max Spielberg is following in the footsteps of his father and mother. We wish him more success and peaceful life ahead.